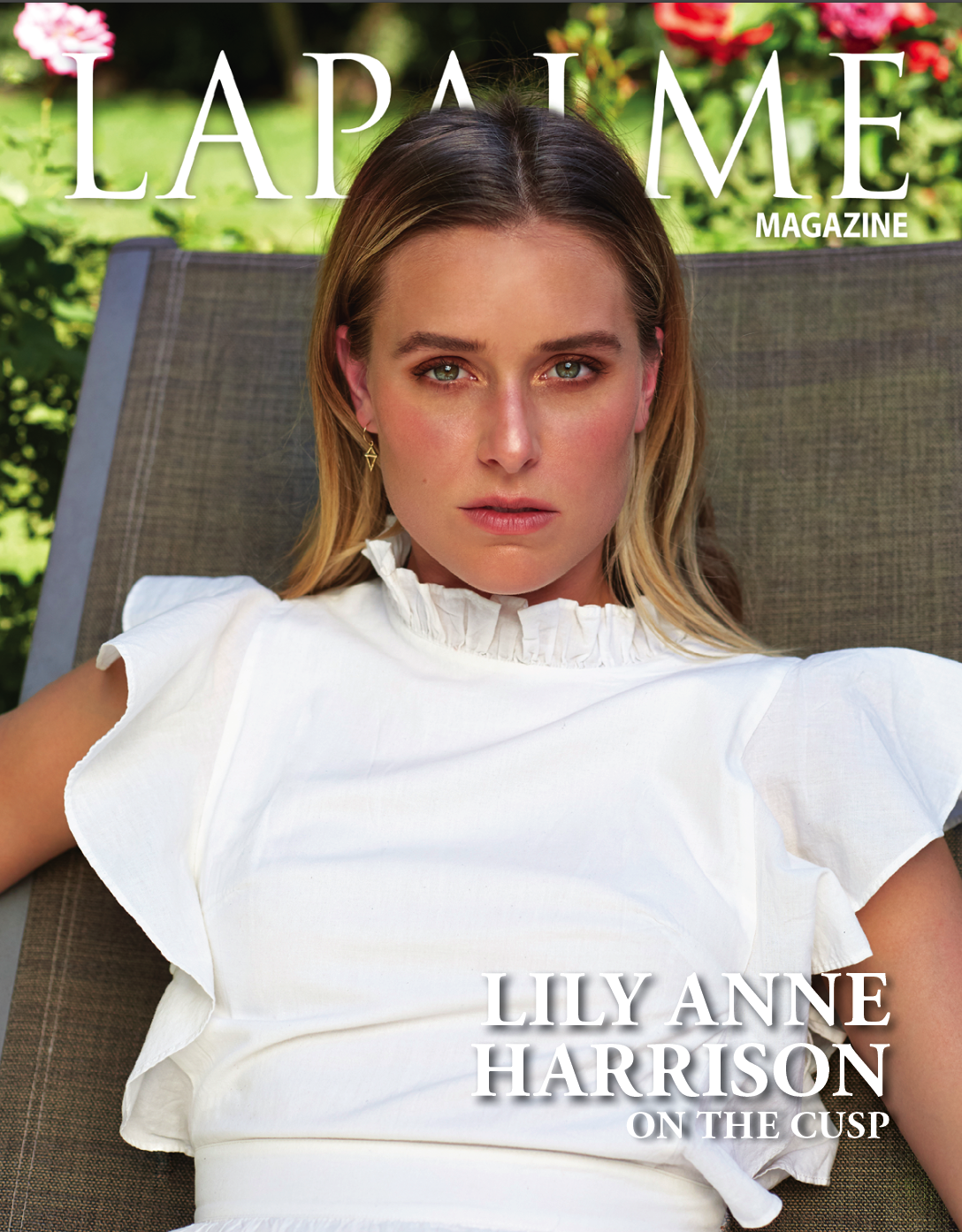 Anne Harrison is the daughter of actor Gregory Harrison and actress and model Randi Oakes. She’s appeared in countless national commercials, and most recently appeared on Lifetime, and in her first leading role in the film “Christmas Camp” for Hallmark Movie’s & Mysteries.

She has studied acting, screenwriting and improvisation in various schools and programs in Los Angeles, most notably, The Groundlings School Of Improv, Margie Haber Studio, Ivana Chubbuck Studio, and UCLA. Our Creative Director, Derek Warburton sat down with the actress to growing up Hollywood and her new film.

LM: Growing up in a house full of actors do you feel like you were pre-destined to work in the arts?? Many actors discourage their children from following in their footsteps, was that the case with your family?

AH: My parents both discouraged me from going into acting. They both loved it for a lot of reasons. They didn’t want me to have to deal with the heartache and the rejection. In the same breath, though, they wanted me to do whatever was going to make me happy. I knew very young that I would be following in their footsteps.

LM: The Groundlings school has become world-famous. Many renowned actors and comedians that have studied there, including you. What is it about Groundlings that you think makes their students so successful?

AH: I think the beautiful thing about learning to improvise is the way it teaches you to be in the moment and to listen carefully. You practice being in the moment and listening over and over. You retrain your brain to think of circumstances in a comedic and playful way. And I think that skill serves a person in auditions, in waiting rooms, on sets, in relationships, and beyond. It gives you the ability to think on your feet.

LM: Not only are you an actress but you are also a writer, what are you working on now? Do you think being an actor makes it easier to write or more difficult?

AH: I’m currently working on two separate feature-length rom-coms, and I’m writing a series with a girlfriend of mine who is also a comedian. Being an actor has made writing easier in so many ways. Dialogue, for starters, is much easier to write. I can put myself in the shoes of the character, and the actor in me instinctually knows the most natural way a human being would say that line. And I think my favorite thing about being an actor along with being a writer, is that you can build a career doing both at the same time. You can create something for yourself, write something for the sake of writing it, only act when you want, etc. You can piece together a satisfying career that way.

LM: Huge congratulations on your starring role in Christmas Camp on the Hallmark Channel! What drew you to the role of playing an advertising executive?

AH: Thank you! I loved that this story was about a woman who had a tremendous amount of ambition. The film focused on reevaluating priorities and striking a balance, so you don’t miss out on the best things in life. Haley, my character in Christmas Camp, has lost the Christmas spirit, and is quite addicted to her phone and to work. And the film is really about how she rediscovers the moment, family, love, and balance in all things. That’s something I’m always trying to do, myself. I wanted to be a part of telling that story.

LM: What are you working on next? And how can everyone follow in your journey through Hollywood?

AH: Right now I’m focused mainly on finishing the scripts I’m writing. I’m eager to get back in front of the camera and looking forward to the next project. I’m easy to follow on social media (Twitter & Instagram), and I’m always sharing what I’m working on.