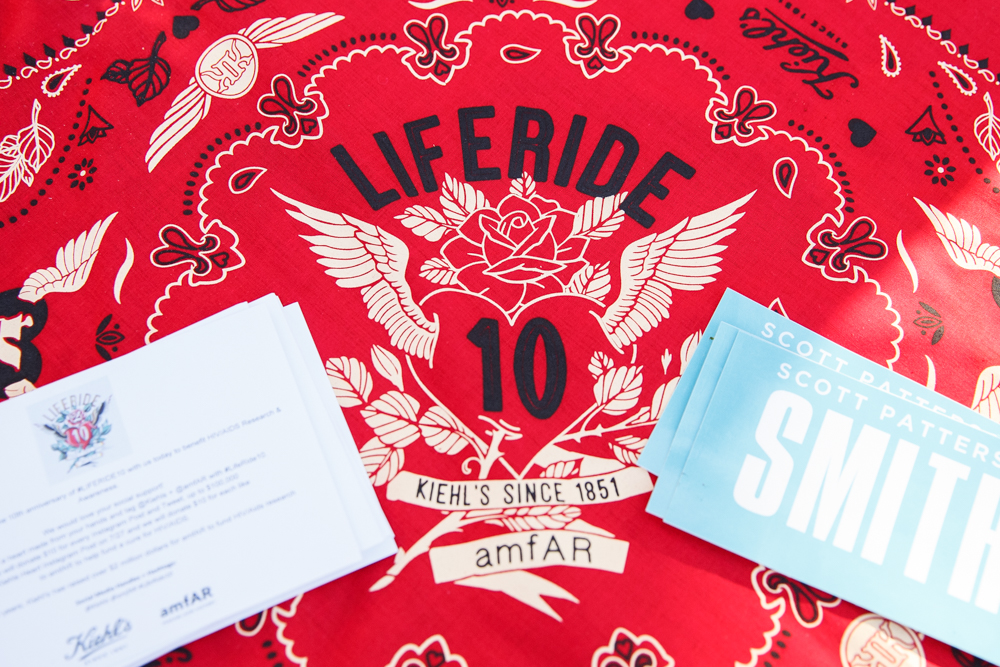 On Saturday, July 27th, 2019, American skincare brand, Kiehl’s Since 1851, hosted their 10th Anniversary of LifeRide for amfAR benefiting HIV/AIDS research with a celebration at Westfield Century City’s Cabana. Prior to the party, Kiehl’s LifeRiders embarked on a two hour motorcycle ride from North Malibu Canyon to the event. www.kiehls.com

Each year at LifeRide, Kiehl’s celebrity riders take to the streets to meet and educate the public and raise funds for amfAR’s work.  At the conclusion of this year’s ride, Kiehl’s LifeRide for amfAR will have ridden more than 12,000 miles since 2010, and have raised over $2 million, funding ten cure-related research projects.

Through #LifeRide10, Kiehl’s plays an important part of amfAR’s Countdown to a Cure for AIDS which is a $100 million research initiative aimed at developing the scientific basis for a cure by the end of 2020! Over the past 10 years, Kiehl’s has raised over $2 million dollars for amfAR to fund HIV/Aids research @Kiehls @amfAR #LifeRide10 #KiehlsxAmfar

In conjunction with the event, Kiehl’s will be offering all customers a celebratory 20% off purchases from 7/26-29 at Kiehl’s U.S. stores and at Kiehls.com.