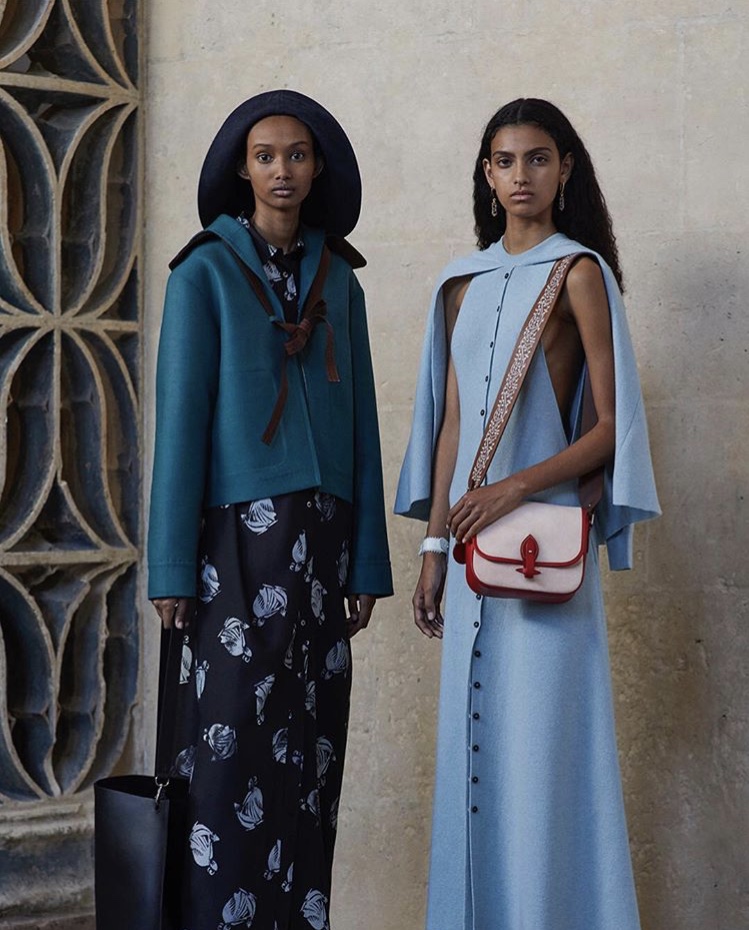 Bruno Sialelli, appointed new creative director at one of the most prestigious Parisian fashion houses ever created over one-hundred and thirty years ago. The fashion house is third to Louis Vuitton, whom is second to Hermés, all formidable yet known for their luggage and leather rather than garments..

seems to be pushing Lanvin in a fresh direction, the 19 show is seen to display sailor collars, quilt piped jackets, leather ties, sweater ensembles, dragon prints, embroideries and most surprising is the revival of the Jeanne and Marguerite Lanvin logo assimilated into the new Fall Winter collection.

Also newly featured was the 90 degree JL logo deposited not only on the carpet of the show, exhibited in the Musée de Cluny – Musée national du Moyen Âge and yet insofar of the garments. We see Bruno’s work resuscitate Lanvin as a whole as he becomes the brands fourth director appointed within the past 5 years, With silk Lanvin logo pajamas newly shown. we truly see the brands clothing route ciphered into what is to come in future collections by Bruno Sialelli

Lanvin has come a long way in the past half a decade, hopefully, we finally come to a close with Bruno Sialelli bringing a new, fresh and best of all diverse set of clothing collections. In a statement (via The New York Times) the newly appointed chief executive, Jean-Philippe Hecquet, made his statement “Sialelli’s singular and very personal vision, his audacity, his culture, his energy and his ability to build a strong creative team”.

Feedback on Bruno’s recent collection have been good, much in doubt beforehand though. Due to Sialleli’s little known work, seems to be taking headlines in a good spotlight with Lanvin, proving the chief executive’s word’s to be utterly true.