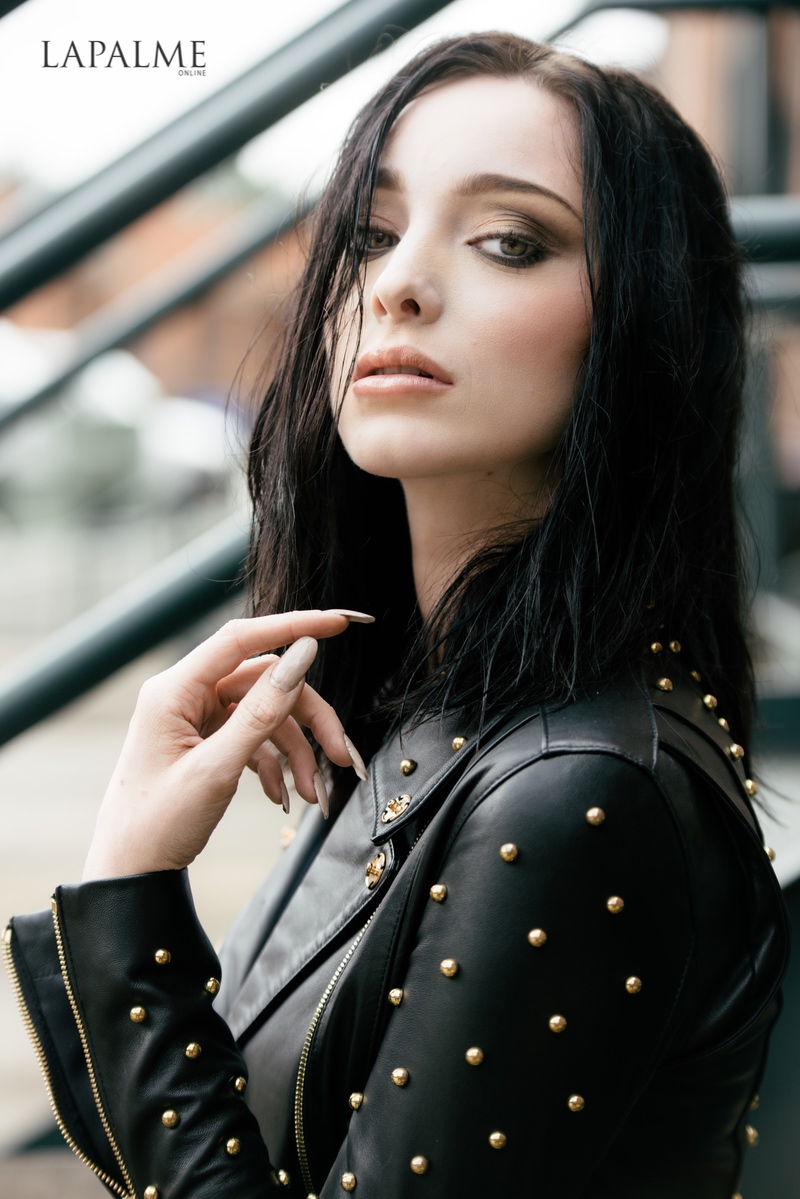 Named one of fall TV’s breakout stars by IndieWire, Emma has quickly become known for the powerful characters she brings to life on screen. Just wrapping up the second season of “The Gifted,” Emma shines as Polaris, daughter to X-Men character Magneto. The series, based on Marvel Comics’ X-Men, is set in an alternate timeline where the X-Men have disappeared.

We caught up with Emma to talk about what it’s like being a part of the X-Men world and playing Polaris as she dishes on her favorite spots in Atlanta!

LM: Season two is concluded how do you feel about how Polaris has developed from Season 1 to now?

ED: Lorna has definitely gone through a lot of changes from season 1 to season 2. Coming into season 2 it was almost like playing an entirely new character for me. Last year Polaris was a total badass. She didn’t take advice from anyone and really was a fierce political warrior. This year she is much different. Lorna is now scared and passive, which is not what I went into this season thinking she would be. I got reminded many times by directors and writers that I have to play her more anxious and weak. It was not fun playing my girl like this because I love her and never want her to be like that.

LM: What does it take for you to transition into Polaris both physically and mentally?

ED: Mentally it doesn’t take a whole lot for me to turn into Polaris. We kind of think the same and we definitely have the same opinions about bigots. I did have some trouble in season 2 when she became a sad, weak, passive mom. There was a definite learning curve, but eventually, I got it. Physically though it takes a lot. Every day I spend 2 hours in hair and makeup, not counting the hours and hours of prep work Charles Yusko (our hair designer) spends on my wigs. Once I get to set it takes a few people and about 30 minutes to get buckled into my Polaris corset, knife holster, and thigh-high boots. After this maybe another 20-30 minutes to get on and perfect the headpiece and I’m off and running. I definitely have the most specialty pieces to put on, on set so I always like to head over a little early. Also, shout out to my girl Elizabeth who has had to tight-lace me outside in the 10-degree freezing cold on multiple occasions.

LM: Were you an X-Men fan before The Gifted? How has being a part the show changed you?

ED: Isn’t everyone an X-Men fan. I love Marvel. I love all of Marvel, but I love the X-Men because of what they stand for. It’s beyond this beautiful theory that “everyone can be a hero” and goes one step past that to address being a minority, prejudice, isolation and overall just feeling alone. I’ve always loved the X-Men for teaching me that it doesn’t matter if I’m different or weird because my true family is out there. There is a place for all of us.

LM: What is one thing you want people to know about Polaris and The Gifted?

ED: That she’s the best. JKJK. I just want people to know how special she is. Polaris is a true role model. She has strong core values, she never backs down from a fight, she is loyal and courageous and can admit when she is wrong. I love Polaris because she is someone I can look up to too. One of the interesting things about Lorna is that she has bipolar disorder and I like to think that this is both her most important trait and also her least important trait. Most important because it was very important to me to do as much research as possible before season 1 started. I wanted to play her accurately and fully understand her mind. Now, it’s the least important, because it has absolutely nothing to do with her story. People love telling me that they love Polaris because she can be a superhero DESPITE her mental illness and I always politely correct them that she doesn’t do anything despite her mental illness. We are not painting bipolar disorder as this negative, evil thing she has to battle. I like to compare her mental illness to her green eyes. It’s just a characteristic of Lorna, it 100% does not define her in any way.

LM: How do you like to let loose/ indulge yourself when not working?

ED: I’m not afraid to admit that I LOVE reality TV and not the shows that most people watch. Everyone knows I’m obsessed with RuPaul’s Drag Race and can frequently be seen getting into in-depth conversations about the queens. I also love all the TLC shows. Recently I just discovered Dr. Pimple Popper, which at first I thought would be so gross, but isn’t at all and the Dr. is so smart and sweet and ends up changing people’s lives forever.

LM: What are your favorite Atlanta spots for brunch, shopping and working out?

ED: I am in love with the food in Atlanta. There are a few spots I love to hit up that have the BEST seafood platters and this is coming from a girl who was raised in Seattle. The Optimist and Beetlecat are two of my favorites along with Marcel which has the best Baked Alaska I’ve ever had in my life. And if you’re in the mood for BBQ I have to recommend Sisters of the New South. I have a dog so I’m always on the look-out for a great park. Piedmont park is one of the biggest, most beautiful parks I’ve ever seen in a city and probably the only one that even comes close to Central Park. They also have a great dog park and you can rent bikes on the border of it.

LM: Can you share what’s next for you, what projects your working on?

ED: Right now, you can find me on a show called T@gged that is airing on Hulu. This show is geared more towards high school age and even though it comes off as a twisted, whodunit kind of mystery – it actually has a great message about online safety and the dangers of social media.