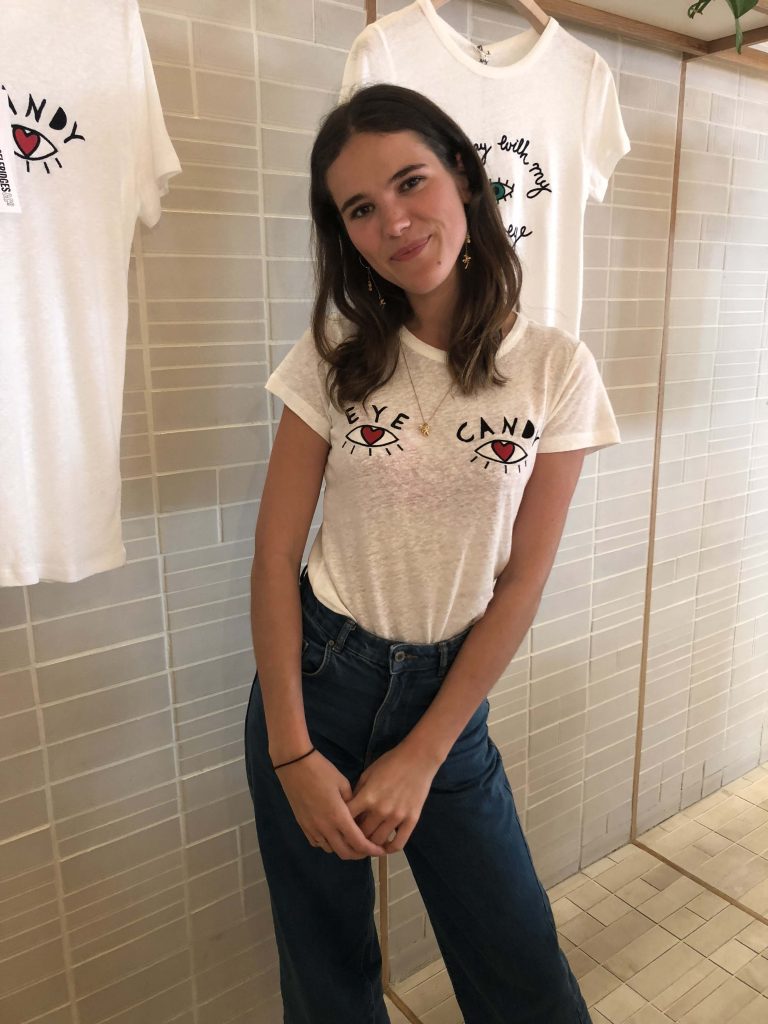 London “It” girl and Rotten Roach designer Marissa Montgomery celebrated the launch of her exclusive T-shirt collection with Selfridges. Hosted at HEMSLEY AND HEMSLEY CAFÉ at SELFRIDGES providing cocktails and a nice space to do arts and crafts.

The super creative paper cutting event was attended by many London media darlings. The class was hosted by the wonderful and brilliant illustrator Poppy PaperCuts (POPPY CHANCELLOR) who created some of the artwork for the new line.

No sooner had the class had started when Poppy Papercuts actually cut herself quite badly with one of the precision scalpels and had to step out for the whole event! But not to fear, Tatler cover girl Sabrina Percy played Florence Nightingale using her art school experience to give some sage advice and used PVA glue instead of stitches to close the wound!

It was a very girly affair with the only two boys attending being Jimmy Carr and Roxie Nafousi’s new boyfriend actor boyfriend Wade Bridge! It was also Olivia Inge’s first outing with her new-born Jemima.

Sabrina Percy and Frankie Herbert weren’t eating the canapés as they were heading to Lake Como and walking the Dolce & Gabbana show this weekend, although they did enjoy some of the healthy juices that were on offer. 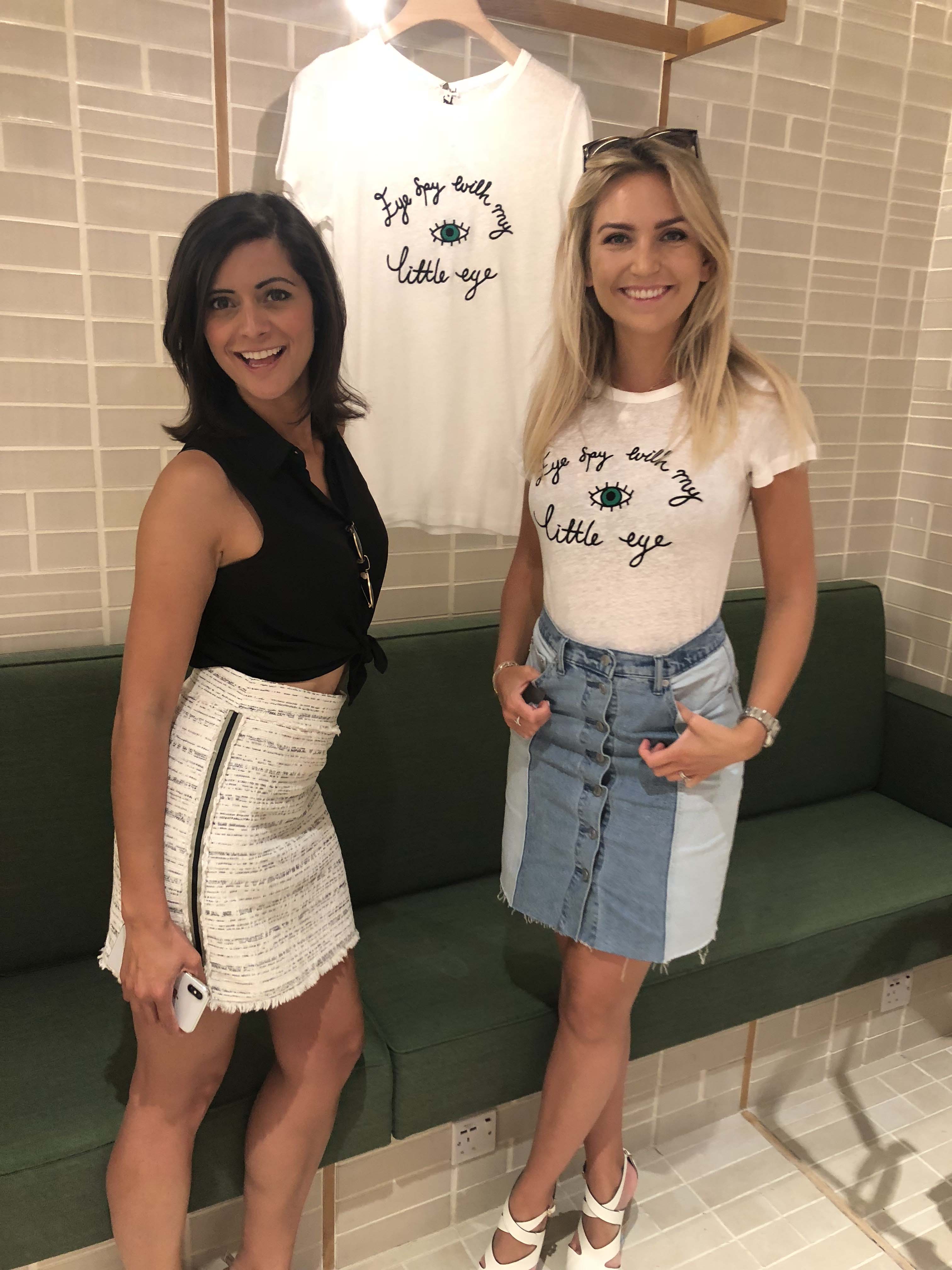 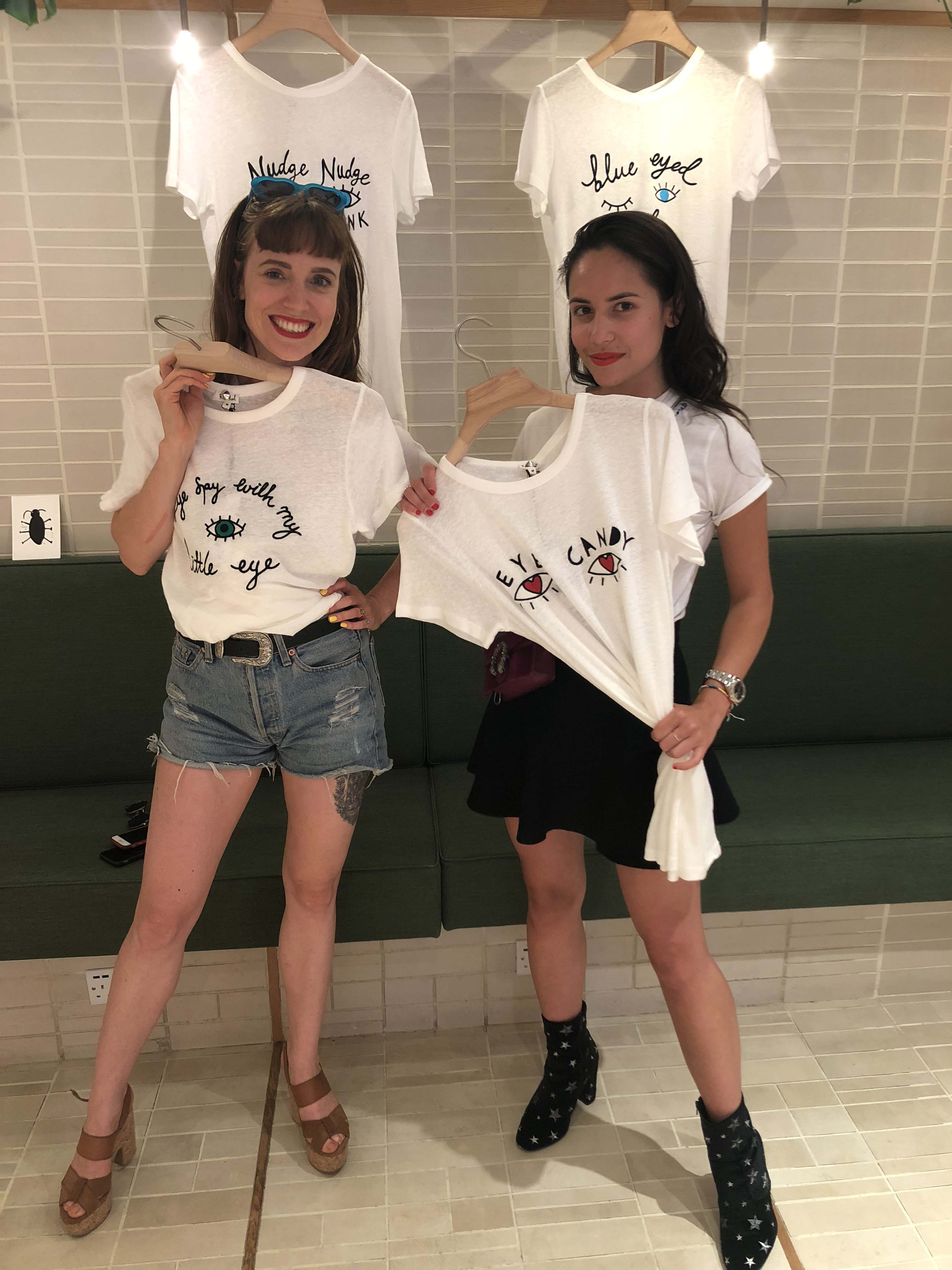 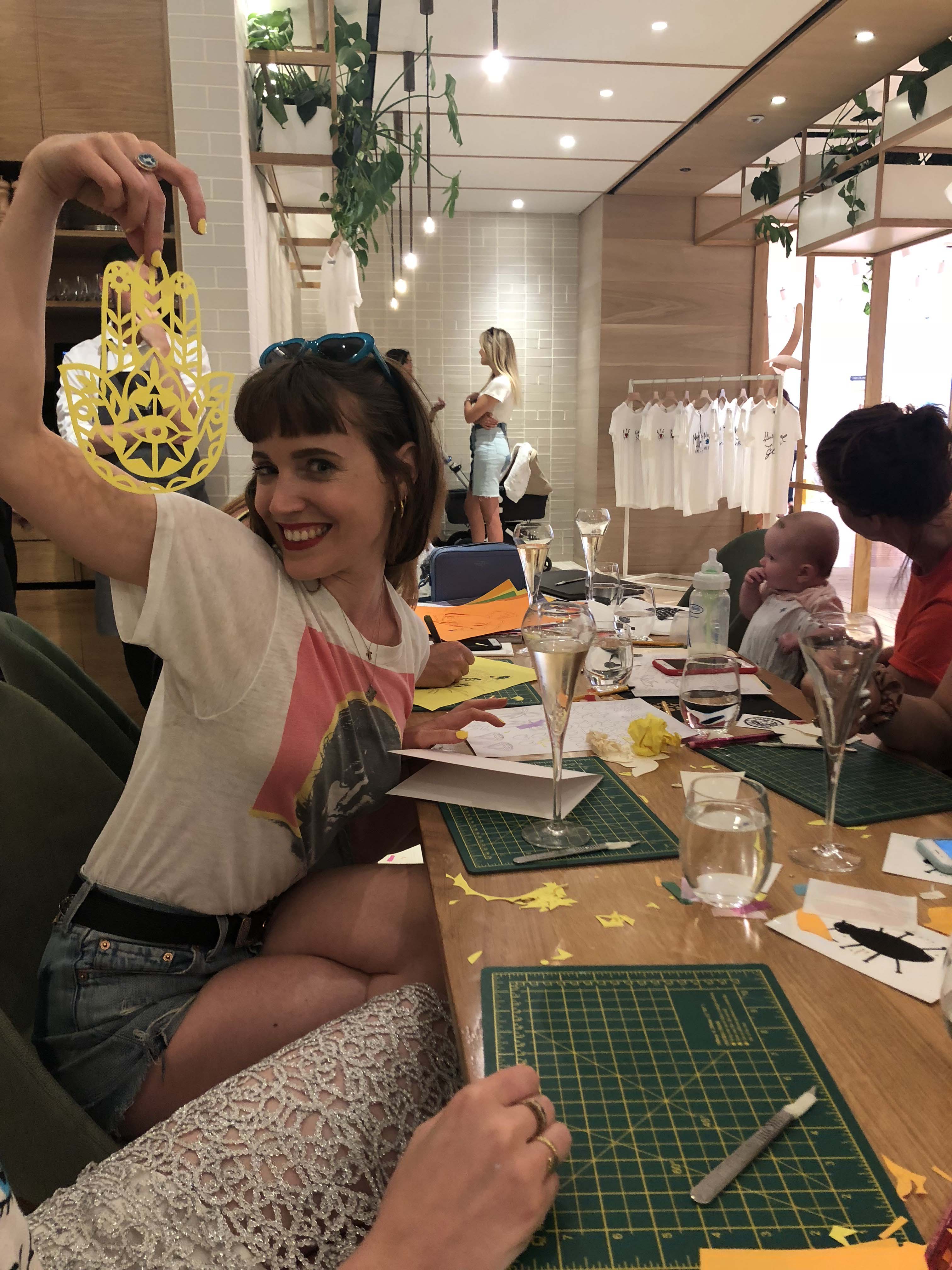 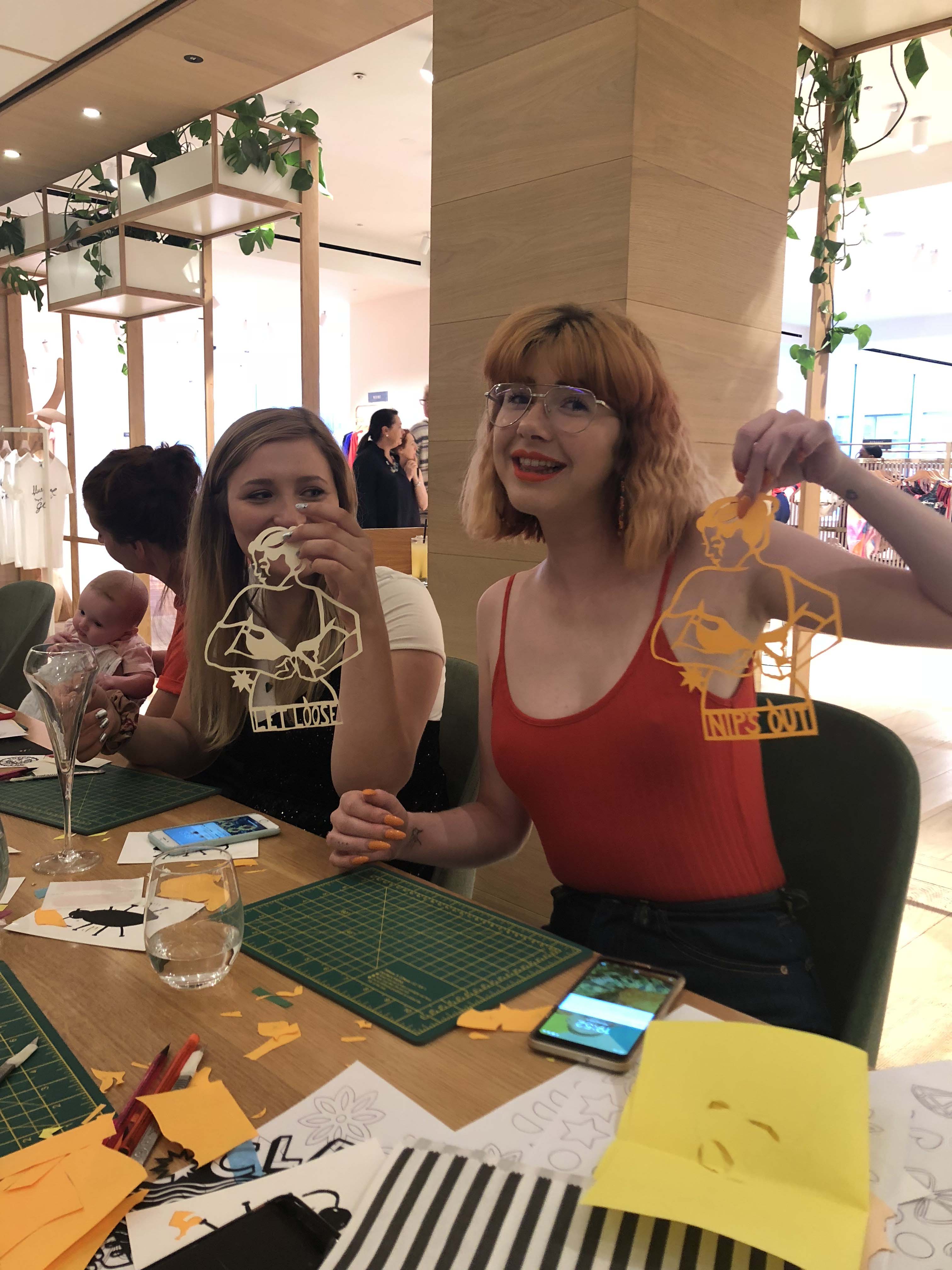 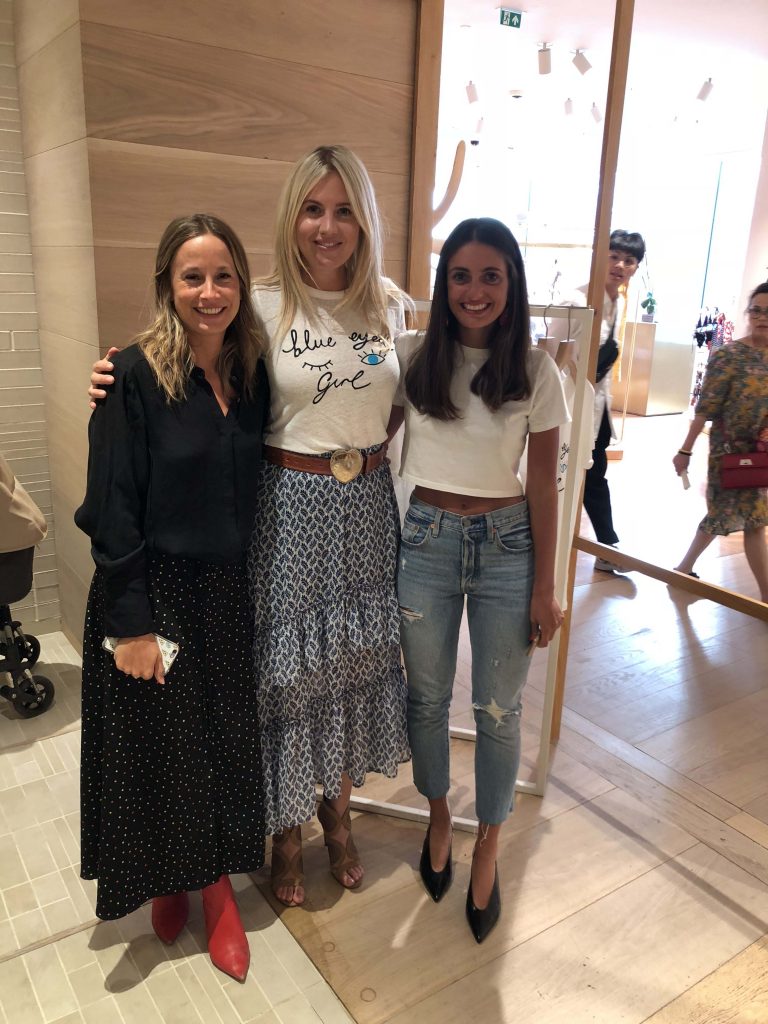