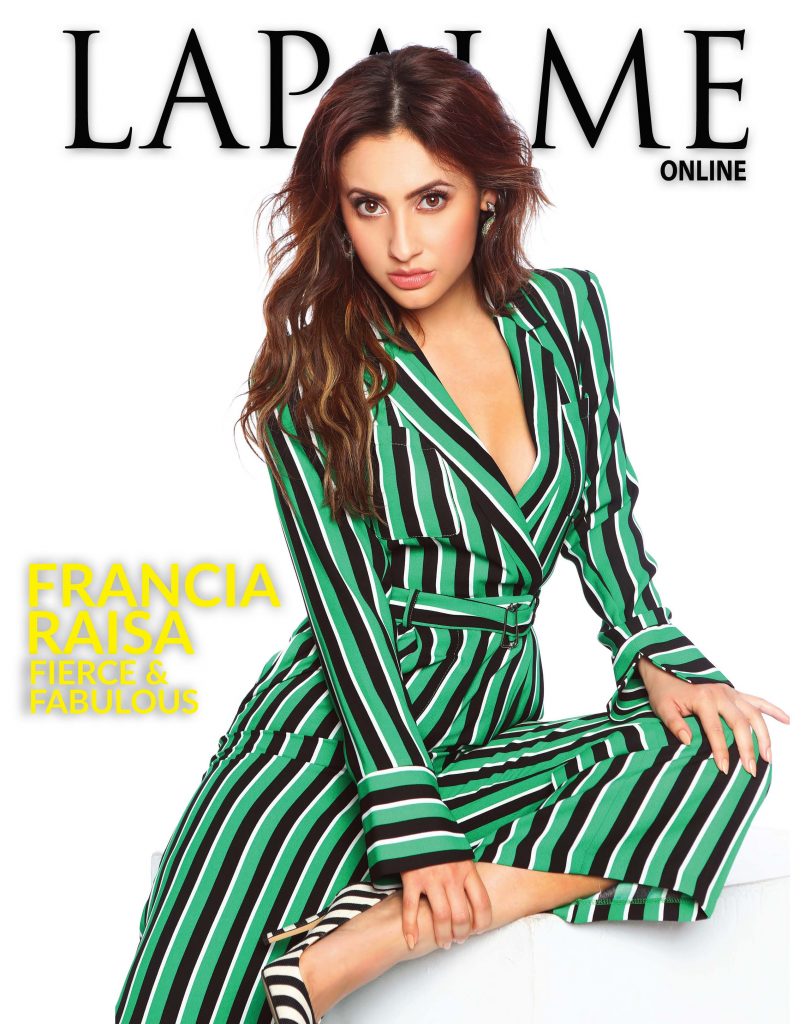 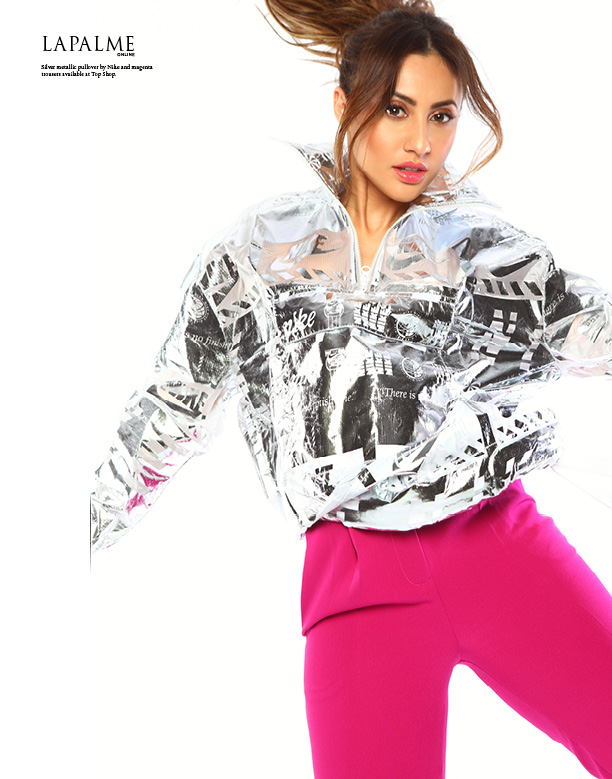 Francia Raisa is a no-nonsense kinda woman! From deciding to become an actress and starring on “Grown-ish”, to being the kind of friend who would donate her kidney to one of her best friends, Francia is making waves throughout Hollywood and life.

“You may recognize Francia from her roles in Bring It On, The Secret Life of the American Teenager and more recently Freeform’s “Grown-ish”. Last year Francia made international headlines for donating a kidney to her close friend Selena Gomez. Now with the success of her sitcom, new projects on the horizon and recently formed support system in Hollywood, Francia is stepping into her 30s stronger, wiser and better than ever.”

You grew up in and around the entertainment industry. When did you decide to pursue acting as a career?

When I was 16 years old. It was a bug that hit me when I was little. I used to watch Spanish soap operas, novellas with my grandmother. I would tell her, “Grandma, I’m gonna do this when I’m older.” When I was a junior in high school, I was a cheerleader. Some honestly bullshit incident happened in my cheer squad where I got kicked off the squad for something really ridiculous. I was like, you know what? If I’m gonna pursue this career, I’m gonna do it right now. I started meeting people in the business, and that eventually led me to find my manager. At 16 I started auditioning. When I was 17, I booked Bring It On. It’s kind of been going well ever since.

How did you prepare for her role as Ana in Grown-ish?

I was nervous about the role when I first got it. The main issue was that Ana is Cuban, Republican and from Miami, and I’m Mexican and Honduran, my parents are Democrats, and I was born and raised in LA. Coming from two completely different backgrounds. Even in Spanish, we have a completely different dialect.  I had to dive in and learn about Cuban politics and why most Cubans are Republicans? A fact I was actually surprised about. I was like, oh wow, a lot of Latinos are Republican. That’s interesting. I spoke to someone that used to work for the government and she gave me a three-hour history lesson, broke into three days. I took a lot of notes. I wanted to honor the culture and have some of the Cuban, Miami swag in me in case it comes up, which it did. There’s an episode that aired recently where I called Zoey a pata sucia, which means ‘dirty foot’. It’s a very Cuban, Miami phrase, and I’m glad I did my research. Had I done something that a Mexican would do, then I’m not doing the role justice. I did a lot of research about that. Kind of going back into my own experience and just mixing it up with my research and Ana’s culture and how she was raised.

Grown-ish premiered just last month. What kind of response are you getting from your character on the show?

Actually a lot of positive responses. People are actually really relating to Ana. Some of them question my judgment, because I guess there have been a few innuendos of me having relationships within my family. I’ve talked about dating my cousin, and being in love with my cousin, or being in a hotel room with my uncle. They’re like, I’m really questioning you right now Ana. Other than that it’s been very positive. I’m glad I did the research again about the pata sucia because a lot of fans from Miami were laughing. They were like, that is so Miami. Having done the research and does the role justice, I’m glad I brought that to the table. I think the biggest complaint about Grown-ish, which is not a bad thing, is that it’s not long enough. It’s amazing.

You made international headlines for a very selfless act involving your best friend. What would your advice be for people that are supporting loved ones who are battling a tough illness? How can we be there for people in our lives that are in need? That can be a really difficult role.

You know what, when someone is going through something like that, there’s only so much you can do. I was fortunate enough to be able to give a piece of myself to help her, and I’m very grateful for that. Had I not been able to do that, I think what you can do is honestly just be patient. It’s very frustrating. I’m not sick thankfully, but even while I was recovering I snapped at one of my friends because I had a hard time getting up from the bed. She just kept saying, “Breathe, breathe.” I literally went, “Shut the F up,” because I was frustrated. I think in moments like that you cannot take it personally. There’s so much going on within us that you don’t understand, you can’t explain. What I would say is just be patient, support them, do not take anything personally, and don’t go back and say, well you said this one thing and it hurt my feelings. They’re not thinking about your feelings right now, they’re thinking about their life and how they’re going to try to make the best of it.

That’s great advice. How important is your support system in Hollywood? How do you deal with the pressure of being in this industry that’s so tough?

I didn’t realize how valuable that support was until recently. I was very much doing things on my own. I didn’t have a lot of Latina friends in the industry because it’s so competitive. Thankfully it’s changed, but there were very, very few roles when I was first starting. We wouldn’t tell each other about the audition because of how competitive it was booking roles. That’s changed. Gina Rodriguez and Anjelah Johnson were influential for me. I think Gina would first call me, when I first started being friends with her, she was like, “Hey there’s an audition I just went out for, you should go on it.” I could not believe that she did that. I was like, what? That was such a huge lesson for me. I appreciated that support so much. We need each other. There are roles that are few and far between, but if there’s a new Latina that’s on TV, that’s another door that’s opening for somebody else. I just learned the value in that. Recently America and Gina started gathering as many Latina actresses as they know and putting us in a room together, so we can meet and talk about supporting each other in our industry. It’s been so incredible, this unity that’s been happening amongst my peers.

What’s your next project? Are you working on anything special?

Yes, but I can’t give too much away. I’ve always been a fan of being behind the scenes. There are two projects that I’m working on producing. I’m very fortunate enough that I have the contacts that I do now because of my manager, who’s amazing, and my agent, to bring this to life. As far as on screen, I’m going back for season two on Grown-ish. I’m waiting for that studio film to pop up. I just signed with a new agency and it’s been incredible. I shared my interest in the two projects that I’m working on, and they’re helping me really develop them. Look out for my name in the future as a producer! 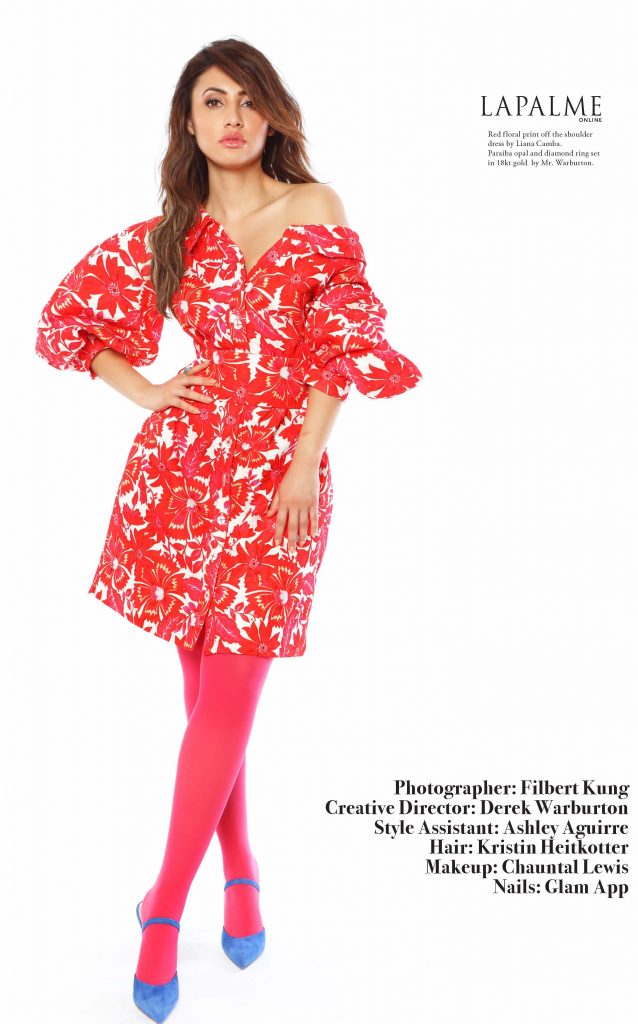 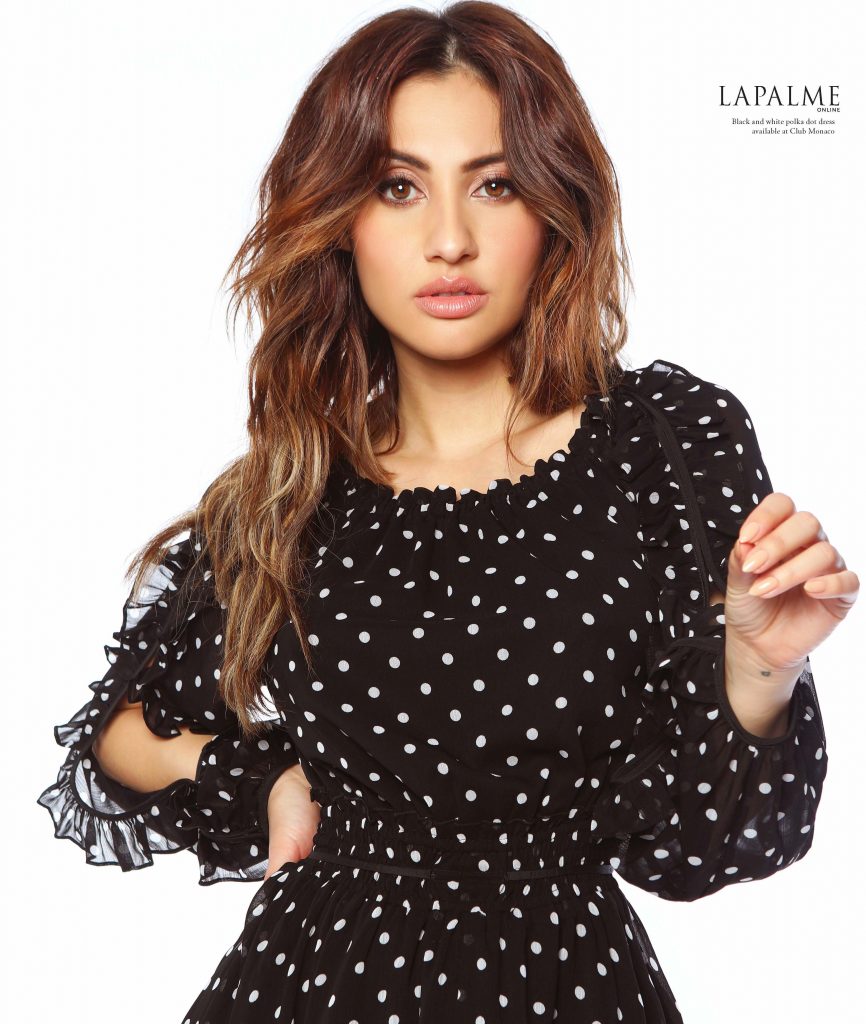 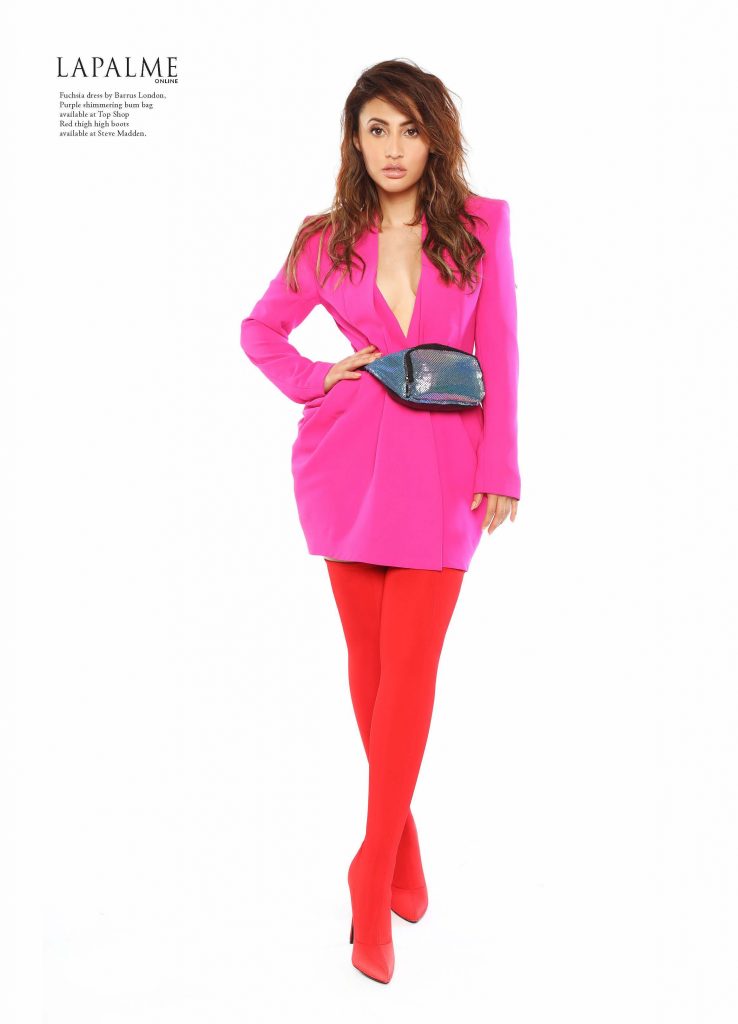 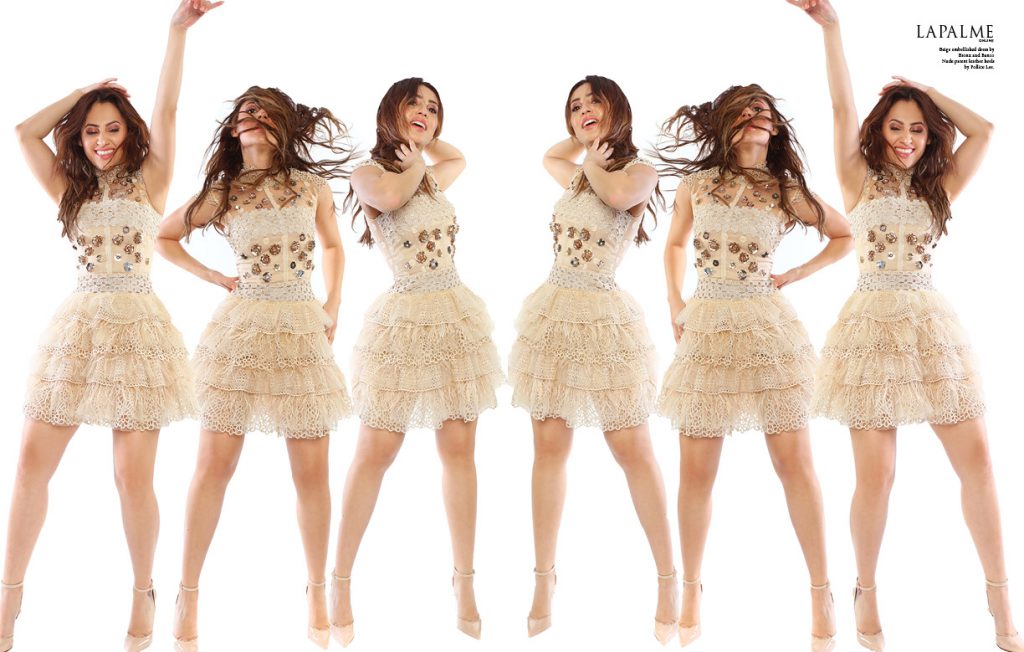