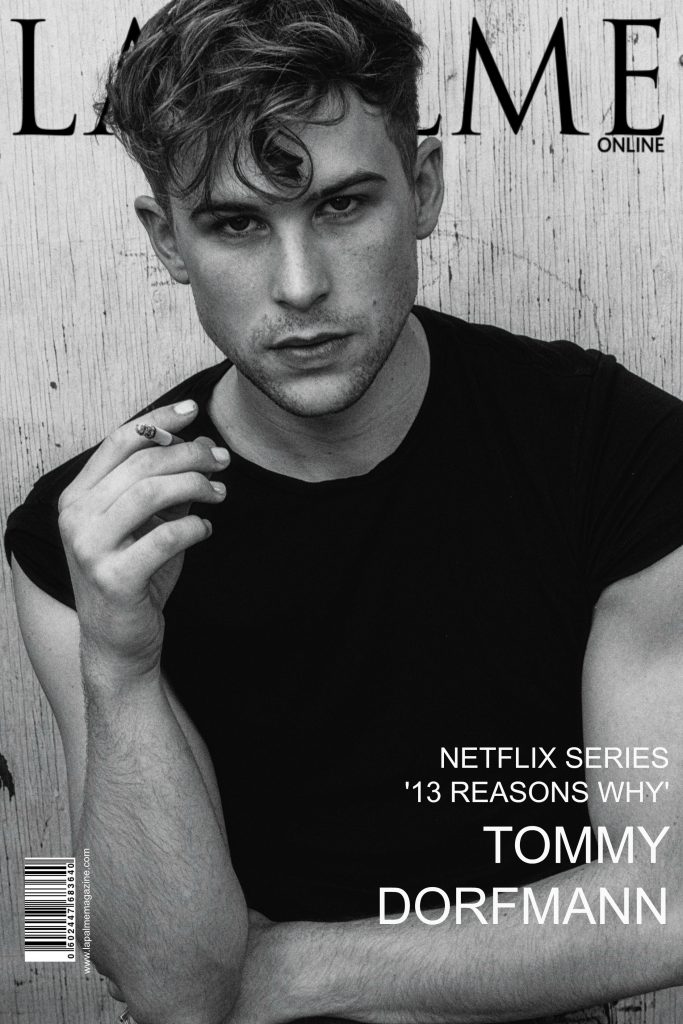 New York-based actor Tommy Dorfman steps into 2017 with his debut role as ‘Ryan Shaver’ on the  Netflix Original Series 13 Reasons Why.

Originally from Atlanta, Georgia, the 24-year-old openly gay, and recently married actor began his career graduating with a BA in Theatre Performance from Fordham University Lincoln Center. He’s as passionate about speaking out for LGBT rights as he is acting and hopes to be able to utilize his career to bring awareness, hope, and guidance to others in the community who may be feeling lost or left out.

My husband was visiting me while we were shooting the poetry club scene in Episode 8 and Brian put him in the show as an extra!

Surprise me with a candle.

Instagram because I find Snapchat confusing…maybe I need a tutorial!

Spontaneous: I’m down to try almost anything at least once. I often decide on a whim to travel somewhere or go to a concert, what I’m going to do with my day, and tend to live in the moment without worrying too much about the future.

We both are unafraid to speak our minds. I will say, Ryan does this at the expense of other’s feelings, and that’s not my jam, however if I hear something offensive from someone, whether it be homophobic or racist or xenophobic, I’m not afraid to start a dialogue with that person. I think in High School I was similar to Ryan in that I was “brutally honest,” but now I do my best to stay true to my own beliefs and express them without forcing them on others.

It’s important to talk about suicide, sexual assault, bullying, things that happen in High Schools around the world in a way that doesn’t sensationalize it. I think our show does this very well. We aren’t here to promote any of these things, but rather show viewers how painful and life-threatening these actions are – from extreme physical and emotional abuse to microaggressions.

I try to use my platform to be vulnerable and accessible to fans. I want people who see my page to be inspired to be true to themselves and not feel ashamed if they feel different. I also use it to promote causes I’m passionate about – whether that’s supporting Planned Parenthood, LGTBQ+ rights, Black Lives Matter, the list goes on…

Hopefully a second season of 13! I do have other projects in the works, but nothing I can speak about publicly.