Home » Hot in Hollywood with Model and Actor Jason Boyce 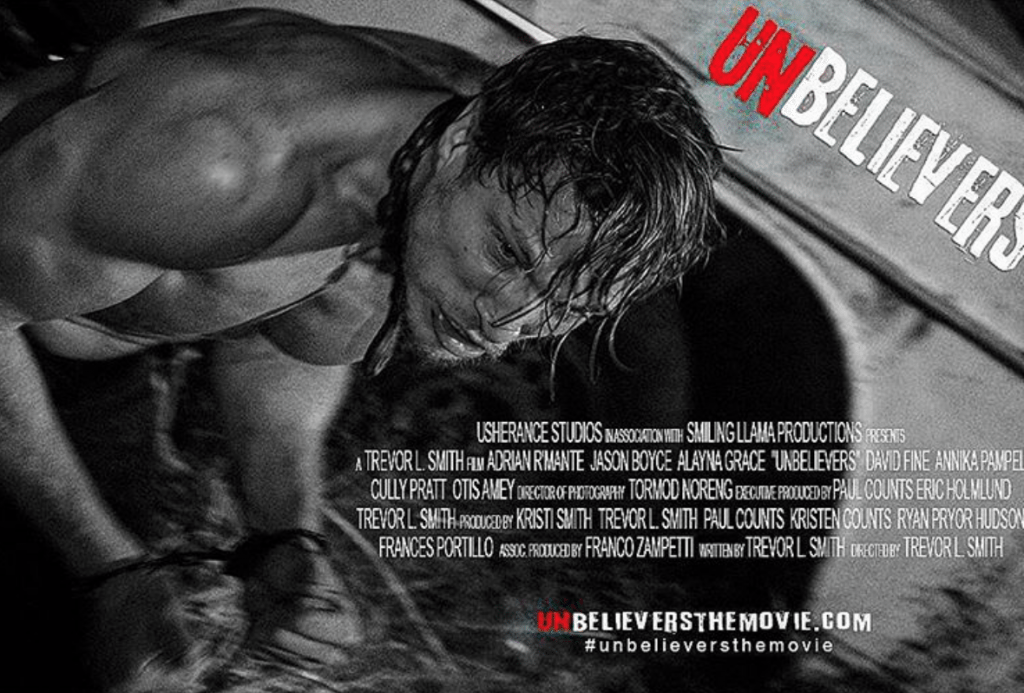 Oklahoma born, Northern California raised Jason Boyce has been modeling since 2008. More recently he has been living out his true passion of acting in the lead role of Indie feature Unbelievers. Boyce was first signed in 2008 by David Todd Management in LA and is now also represented by Soul Artist Management in New York and Elite Model Management in Miami.

Not only did we get the inside scoop on how Jason got started in the biz but he shared his heath tips with us to! I mean, we gotta know how he keeps that body toned and conditioned.

LJ: You’ve been modeling for quite some time and signed with 3 major agencies nationwide. Can you describe your path leading up switching gears to acting and landing your role in the film Unbelievers?

JB: Acting has always been something that I have wanted to do since I was 12-13 years old when I was better able to understand movies. I grew up in a sports family that made it not cool to do drama and acting. I didn’t pursue it through junior high and high school. After that, I auditioned for plays in Sacramento. Modeling was a great way to get to get my foot in the door. Signed with David and move to LA to do the modeling thing and started going to acting classes for the last 4 years. I got signed by a manager a a little over a year ago and landed commercials for companies like Target, Amazon and Lexus. I also got call backs for Jane the Virgin but never worked out. My casting director kept motivating me to keep audtioning. Then this movie came along and it will be my first feature film. The first teaser trailer was released December 7th.

LJ: You are starring in an indie movie coming out next year, Unbelievers. Can you tell me what this movie is about and explain your character?

JB: So the movie is a post apocalyptic movie filmed in my hometown of Sacramento, CA. The earth has been ravaged by war, disease, and famine. A one world dictatorship government has taken over. I am part of a group that has refused the governments way of life. So we live on the fringes trying to survive. It’s an epic tale of family, and the unbreakable bond of love. Driving me to do whatever it takes to get back to my family and save them from danger.

My character is a father who is trying to hold it together. He’s not really a leader but is forced into that role because of unforeseen circumstances. He’s conflicted and really just wants to live in peace, as best he can. But ends up getting separated from his daughter. And has to fight his way back to protect her. They are all each other really has in this world. It really was a fun, and challenging role. A lot of emotion, it’s a roller coaster ride, and the whole movie takes place in 12 hours. So it’s non stop from the beginning. Also, don’t believe everything you see! You don’t really know who is good until the very end!

LJ: One last fun question. Christmas is right around the corner. Which celebrity do you want to be under the mistletoe with?

JB: Natalie Portman, hands down. She has been my crush since in she was a princess in Star Wars and in Garden State in the early 2000s. I am a huge Star Wars geek.

Want to know how he maintains that body? Take a peek into his diet and workout routine:

2 eggs, 2 egg whites, as many veggies as you can stand mixed in. One slice whole-wheat toast or 1 cup rolled oats. One cup of coffee

1-cup brown rice, 8 oz. salmon, as many veggies as you can stand. Steamed if possible, Raw is good too, if you sauté use a light coconut oil or olive oil. But keep heat low.

With @marian1411 at the end of "running the rack". Forms a bit sloppy. But it kills those bicepricles ( I made that up)

**Do as many rounds as you can in ten minutes.**

3 x till failure each set.

1 min from plank (on hands or elbows)

1 min side plank Right side.

1 min side plank left side.

1 min from plank into mountain climber.

His final piece of advice: STRETCH!!!!!!

BTS on the helipad shooting this beautiful Sunday morning

Be sure to check out Boyce’s spread in the newest issue of LaPalme Magazine! As see his indie trailer below: