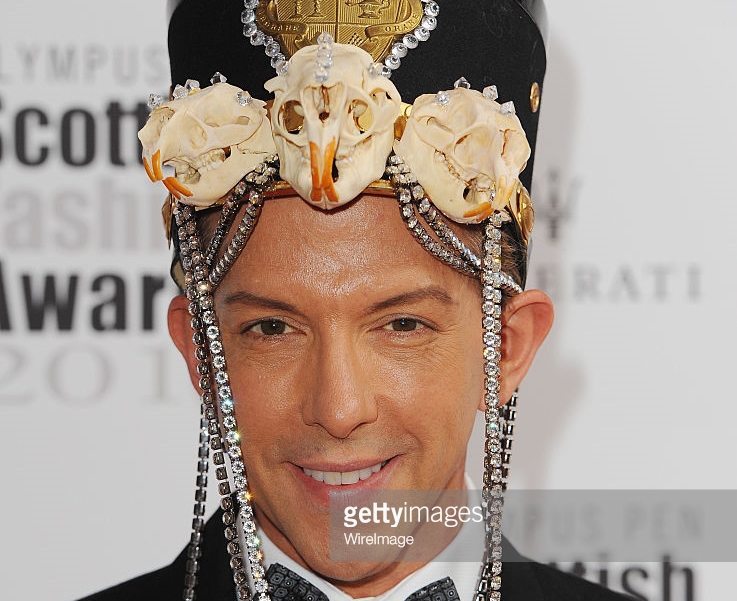 Barrie Knitwear took home the Scottish Textile Brand of the Year Award, make up artist Lynsey Alexander took home Communicator of the Year, Cats Brothers were crowned Young Designers of the Year and Walker Slater Retailer of the Year. Belstaff’s Glasgow store collected Luxury Retailer of the Year, Topman picked up International Designer of the Year for their Fall/Winter 2015 London Collection. Menswear designer Charles Jeffrey was crowned Scottish Graduate of the Year. Misha Hart having walked for Burberry, Louis Vuitton, Miu Miu, Jonathan Saunders and Giles was rightly crowned Scottish Model of the Year.  The Fashion Icon Award – the only award decided on by Fans was awarded to Connor Ball from The Vamps.
Edinburgh born fashion publicist Nick Ede who was presented with ‘Fashion Philanthropist of the Year’ for his ‘Style For Stroke’ campaign. His ‘Famous Last Words’ charity t-shirt featured on a host of celebrity names has raised huge amounts of funds for the Stroke Association over the last four years and is currently retailed by boohoo.com around the world.

The awards also honoured one of the oldest names of the Scottish borders, the birthplace of the British knitwear industry – Pringle of Scotland.  Massimo Nicosia and Katy Wallace collected the ‘Founders Award 2015’ as Pringle celebrate their Scottish heritage and indeed two centuries of design. Their anniversary campaign featured great Scots including Stella Tennant and was captured by legendary Scottish photographer Albert Watson, both of who have already been inducted into the Olympus Pen Scottish Fashion Awards Hall of Fame.

Founder Dr. Tessa Hartmann said: “Our aim was to highlight Scotland’s contribution to the wider UK and international fashion industry and I think this evening’s nominees do just that. We’re so proud that over the last ten years this event has become a benchmark of success for the Scottish fashion industry. Long may it flourish and grow along with the incredible talent that it aims to represent.”

Communicator of the Year
Lynsey Alexander – Make Up Artist

International Designer (for best use of Scottish fabric)
Topman 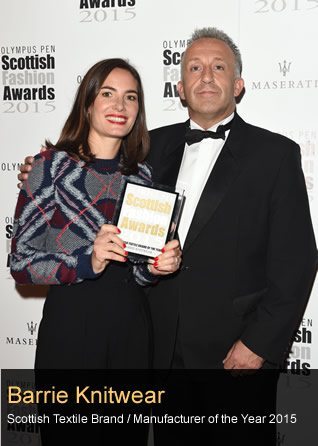 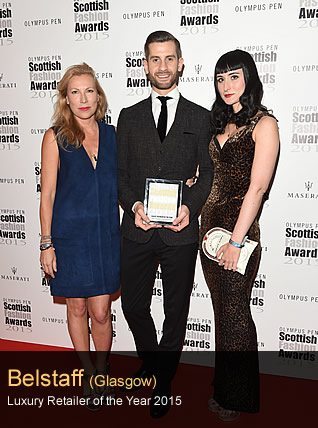 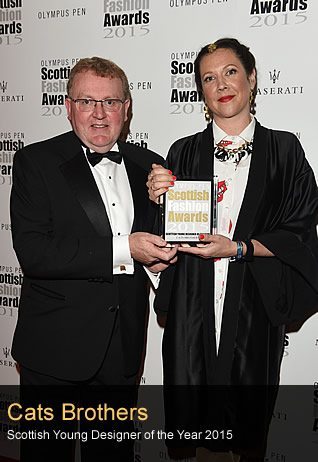 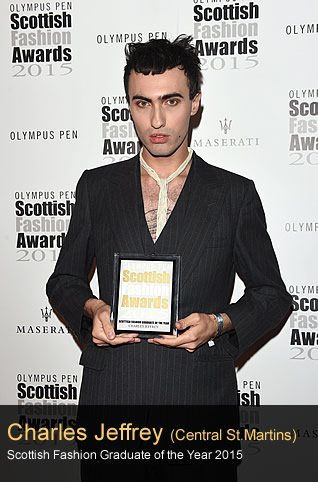 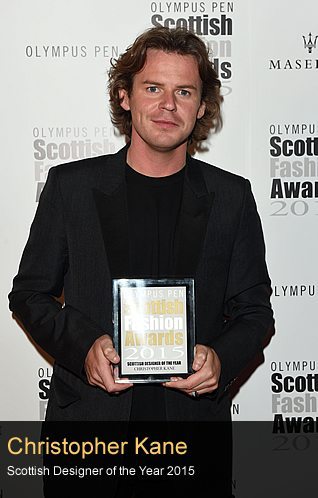 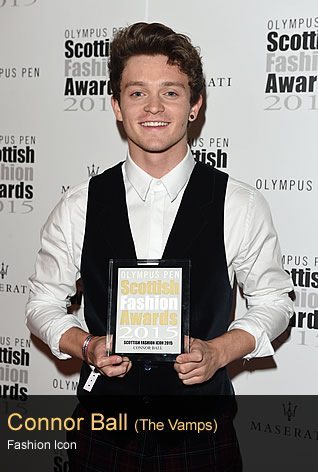 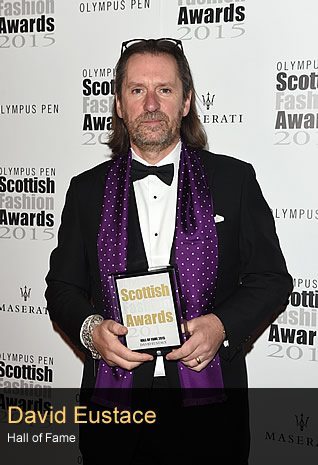 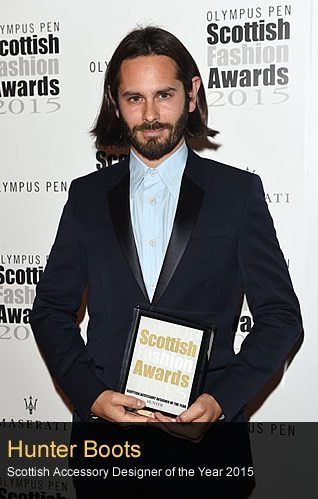 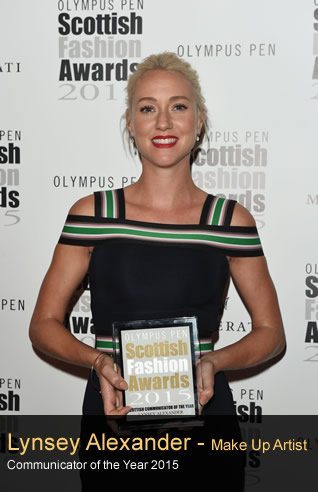 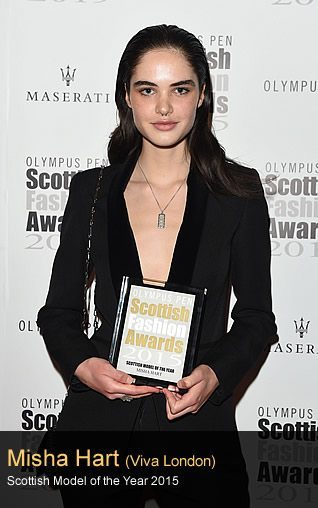 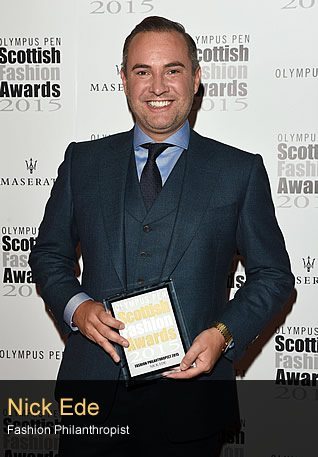 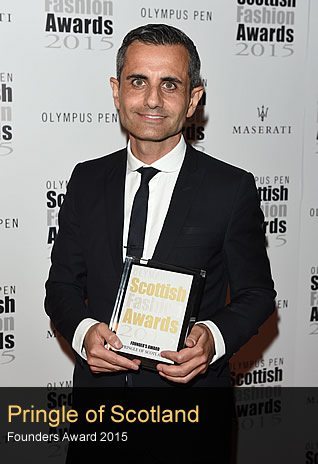 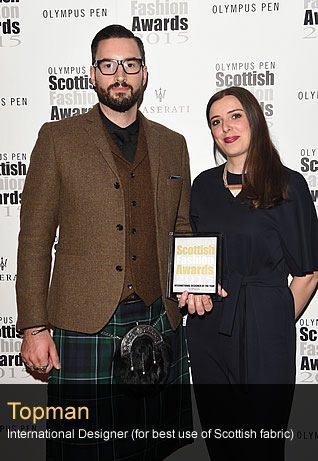 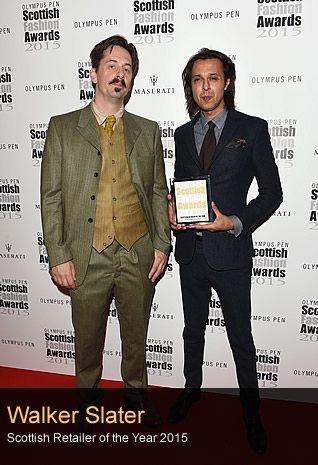