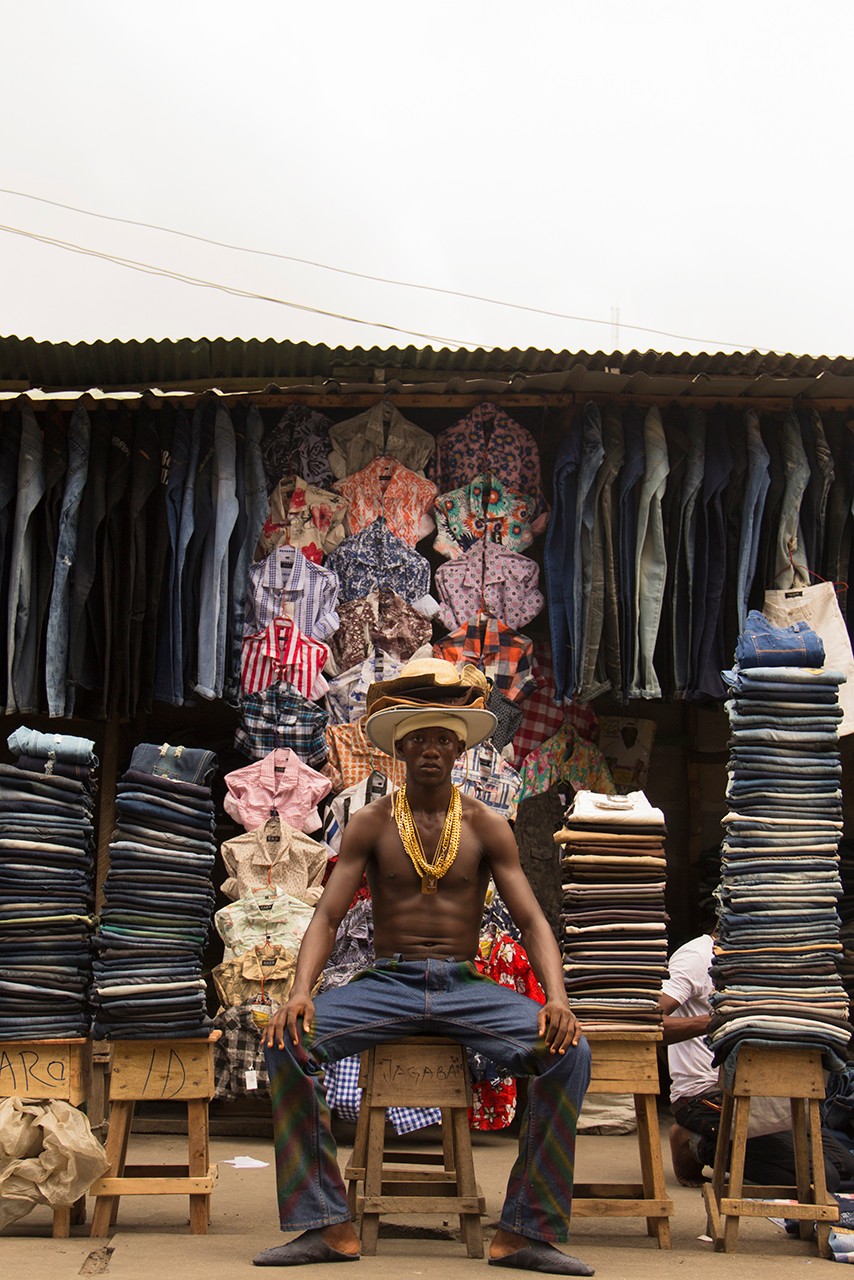 Nigerian photographer Stephen Tayo, fuses documentary and fashion to elevate everyday moments and highlight the beauty of his community.

Known for his layered work, Tayo seeks to communicate the complexity of humanity and the human experience as revealed in the world around him. His intimate works capture the sartorial flair of his sitters, honing in on clothing, accessories, and styling as outward expressions of identity.

Born in Ikere-Ekiti State, and raised in Lagos, the possibility of a creative career didn’t feel immediately available to Tayo when he was growing up. He studied philosophy at the University of Lagos, and he believes his education in philosophy has been formative for his photography practice. Philosophy allowed him to better understand the ethics concerning photography, and how to be sensitive to protecting the dignity of the subject, and the value of the person.

Tayo has worked with artists like Burna Boy, Davido, and Tiwa Savage, bringing his unique style of photography to their image. In 2020, Stephen Tayo was nominated for the British Fashion Council Awards 2020, in the “New Wave” category. He also developed a project with Apple on stories of the pandemic. He shot a campaign with musician Skepta in Cuba with Havana Club, which was used on billboards across the UK. In July, Tayo’s photo series What If? was exhibited at the V&A, as part of the Africa Fashion Exhibition.

Stephen Tayo’s work was showcased in a group exhibition Human Stories: The Satirists at London’s NOW Gallery (Greenwich Peninsula)  from 13th October – 13th November. The group show of emerging photographic talent will explore the concept of satire through photography, and particularly how it is used to develop and nurture interconnected, diverse identities, gender, race, and class.

The Satirists brings together six rising stars in the field of photography and film, including Bubi Canal, Leonard Suryajaya, Nyugen Smith, Thandiwe Muriu, Thy Tran, and Stephen Tayo.