Home » Corrective Measures Dan Payne – On Working With Bruce Willis, And the Pay Off Of Passion And Persistence 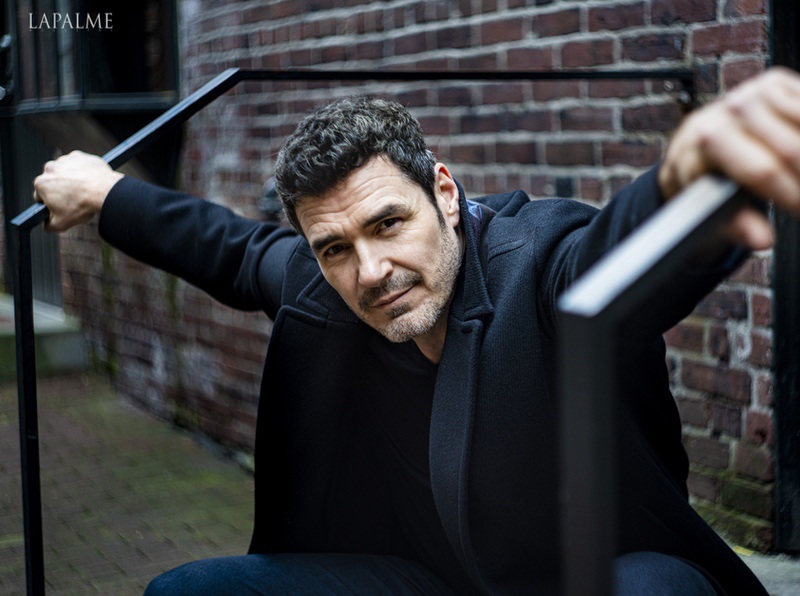 Dan Payne has had quite the career to date with a myriad of credits to his name such as Zack Snyder’s Watchmen, Underworld: Awakening, The Flash, Supernatural, Disney’s Descendants franchise, and the critically acclaimed film Mulligans, just to name a few…  Currently, he stars in Corrective Measures, a new action-packed thriller opposite Bruce Willis for Tubi slated for an end of April release.  We caught up with Dan to speak about his favorite roles, his love of socks, and who he’s most excited to work with next…

You’re starring in a new feature film called Corrective Measures with the legendary Bruce Willis! What was it like to work with such an icon? The anticipation of simply meeting him was a little daunting.  The idea of working with and getting to share screen time with him was a whole new level of nerves.  As you said, he’s a legend, a Hollywood icon!  And I have long been a fan of Mr. Willis and his career.  Fortunately, I had some time to gather myself before that all happened.  We filmed in Vancouver first before catching up with Mr. Willis in Atlanta which afforded me time to settle into the work.  I managed to get my head around the opportunity ahead and truly enjoyed every minute.

What can you tell us about your role without giving away any spoilers?  I’m pretty sure I can tell you that my character, Walter Arthur Locke aka Payback, is an ex-military turned vigilante out for revenge.  Payback suffers a tragedy in his family that puts him on a vengeful path that lands him in prison…possibly on purpose.  Payback also possesses ‘powers’ that make him an enhanced human.  When you add that all together ….it gets messy!

Any fun behind-the-scenes moments from the set?  For starters, I could listen to Michael Rooker tell stories all day long.  He has a powerful presence and an even bigger personality.  He is awesome on and off camera! Getting to hang around him was incredible and I only wish we had more time to hang out. I can’t spill too much but I will say I hope there’s a blooper reel of John DeSantis doing makeup removal.  Sounds innocent but trust me, it’s a sight to behold.  Mostly I remember lots of laughs and camaraderie from top to bottom.  Sean (executive producer, writer, director) and Michelle O’Reilly (producer) created an amazing environment for us all to enjoy!

What would you say has been your favorite role to date? I’ve been asked this question before, and I find it really hard to pick just one.  That, I know, is a pretty fortunate ‘problem’ to have.  Every role has been a great opportunity to learn and try to go deeper into the craft.  In a way, every new role is my favorite role because I get to explore unknown territory.  That said, to answer the question, I like to respond with the first role that comes to mind when I read the question.  This time it’s Clint from ‘Devil in the Dark’.  I love the fact that that character had a stoic exterior covering a broken man inside who was just trying to get by.  Clint always wanted to make things better but didn’t always have the language or tools to do so.  I really enjoyed the layers and the relationship with his brother that the writer and friend, Carey Dickson, provided Clint.

If you could work with anyone in Hollywood (that you haven’t worked with yet) who would it be? I would love to work with Ryan Reynolds, Leslie Mann, Chris Pratt – I could list a lot of names!   Those three names came to mind immediately and they are all brilliant comedic actors who can do just about anything.  It would be an exhilarating, and somewhat scary, challenge to work with them (and so many others!). But I would jump at the chance in a heartbeat!  Fingers crossed, right?!  The more immediate and slightly more tangible answer though is friends.  I would love to work with my actor friends creating projects together and for each other.  It has happened often throughout the years, and I love every time it does, but I would love to have more creative control over the content.

Let’s talk about style… How would you describe your go-to when it comes to fashion? For the most part, I defer to my wife who has a far better sense of fashion than I ever will.  And it’s an added bit of confidence to have her input.  But I do have a few of my own go-to things.  Admittedly, nothing too involved.  For reference, I was a 100% wanna-be ‘James Dean T-shirt and jeans’ guy for a long time!  Personally, I like solid colors with minimal logos.  I really like a good pair of jeans with a complimentary suit jacket and a great pair of shoes.  I guess I’m trying to say I favor the smart casual look when I can.  But let me reiterate, I am very interested but very naïve when it comes to fashion!

What’s your routine when it comes to getting red carpet ready? Any rituals or nerves before hitting the carpet? Once I have the outfit sorted, know the car is coming and all the little details are addressed, I am all about punctuality.  I like to be on time!  It calms my nerves more than anything else.  For me, the term ‘fashionably late’ means panic and stress.  If I’m ever running late, my heart rate goes up!  I may start to sweat.  I get FOMO.  It’s not good! I know I may be in the minority on this one but that’s how I like to roll – on time. Lol

Are you an accessories guy? If so, what is your go-to? Any favorite brands? I’m not into accessories or jewelry too much but I do love good socks!  Fun socks, warm socks, cozy socks!  When Christmas and birthdays come around, I’m actually the dad that is excited to get a new pair of socks!  Other than that, I just like being my wife’s favorite accessory!

Lastly, what’s next for Dan Payne?  I am going to keep at this career with passion and persistence.  I love it!  I will pursue options to produce, write, direct and be a part of the creative process in every way possible.  All those efforts will be geared towards being back in front of the camera as much as possible.  It is the most euphoric and rewarding career I can think of.  I’m grateful to be where I’m at and excited for where things are headed!