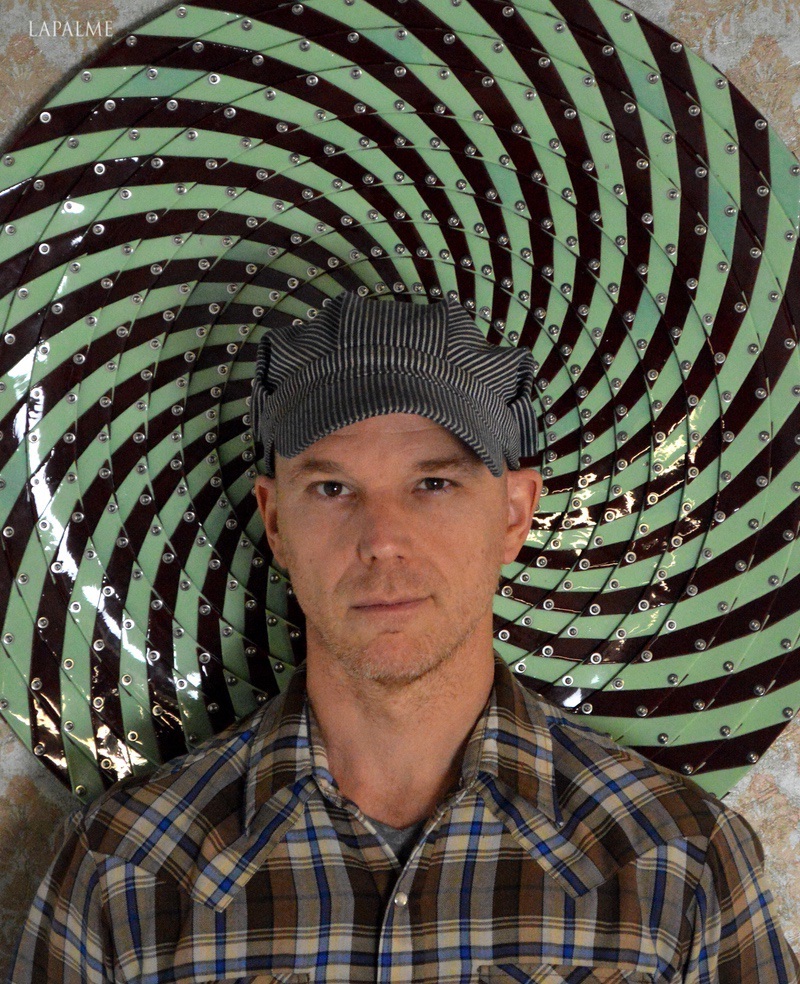 Russell Bellamy is one of the most innovative sculpture artists of his time whose work has been displayed at exhibitions around the world both nationally and internationally. His recent collection was hand-picked as the featured cover art for Orlando Arts magazine. We sat down to discuss his life and background as well as how he became an artist and how he passes on his wisdom and knowledge to his students. “I grew up in Kentucky, working on horse farms, and was the first person in my family to go to college. My parents were very supportive and just encouraged me to pursue what I loved so I never felt the pressure of worrying about what kind of job I would get after studying art because I had their full support which gave me reassurance and peace of mind.”

Like many college students, Russell switched majors a few times before he ultimately found his passion with sculpture art. “I didn’t really have a particular e d u c a t i o n a l admiration when I started college. Initially, I went just to play soccer. When I first got to college, I thought I was going to become a stockbroker. I switched to studying history because I’ve always enjoyed history, but I couldn’t keep up with the weekly reading assignments. I then went into advertising which I enjoyed but my internship experience was awful. I took an art class while studying communications and couldn’t draw so I took a sculpture class because I could make things. And that caught on.” Growing up in a blue-collar family with an electrician for a father and carpenter for a grandfather, building and fixing things has always been something that Russell has been a part of and is the reason he easily adjusted to the art of sculpting and has become the artist he is today.

He describes his art as constructivist, installation work and enjoys creating art that is interactive and includes elements of real life. I asked him if he felt art is better received when people can interact with and experience it themselves as opposed to just viewing it. He says “I think it creates a more long-lasting memory and I think memory is crucial when you think about artwork because it’s not always right there in front of you. For me, artwork isn’t just about the object but it’s more of a dialogue that people have when they’re confronted with that object. While viewing art by yourself and interpreting it can be great, there’s something about the dialogue of two or more people going back and forth about what the content is or could be which brings a more holistic experience than just internalizing it.” As we continue to talk, I asked about his creative process and what that looks like as it’s personal for every artist. He shares this “oftentimes it starts with a powerful emotion, experience, or observation I’ve had. A lot of times it starts with me being frustrated about something and that can be good or bad depending on the circumstances. But I like to start with something I’m passionate about because I know when I create something, I’ll need an ample amount of time and energy to put into it. From there I begin to draw different visuals and my drawings can range from visuals that are mechanical, sometimes organic, from animals or parts of an animal. And then I bring all of those parts together and kind of turn it into a machine, like a living animal. I usually don’t allow people around when I’m creating because the process can get very frustrating, and I’ve been known to throw things across the room” he says in a shy laughter and then recalls a story where he was once working on a project while in grad school and grew so frustrated that he began to throw parts of cast iron clamps across the room. What he didn’t know at the time was that there was a video camera in the room that fed footage to another camera across his campus which led to a visit from a school authority to check on his well-being. “Although it can be frustrating, I think of my process as meditative because of the level of concentration and accuracy that’s involved.”

In addition to being an artist himself, Russell is also paying it forward as a Professor and Chairman of the Art and Studio Arts department at Beacon College. Speaking to how he guides his students when they begin to create a project, he shares this piece of advice “I tell them to ensure they’re always passionate about what they do. Because of the amount of time, effort, money, and everything that goes into creating these things, if you’re

not passionate about it it’s not going to get done well. The more of yourself that you can put into your ideas, the more dedicated and engaged you’re going to be with it.”

Recently, as mentioned during the article opening, Russell’s work has been featured on the cover of Orlando Arts magazine. He humbly accepts the honor and recognition and acknowledges it as a sense of validation and pride “I’m very excited about it but I’m also happy that it’s not my face on the cover because I don’t generally want the attention, but it’s very exciting, nonetheless. I always tell my students that once the artwork is displayed, the artists doesn’t matter anymore. It goes back to that idea about dialogue because I’m not there to interpret or explain the work to the viewer or explain my intention.” Along with the honor, Russell displayed his latest collection during his most recent exhibition in Orlando, hosted at the Mills Gallery. The gallery, operated by gallerist Boris Garbe provides the Orlando arts community with the highest quality visual arts in a vibrant and inclusive environment. I had the opportunity to attend the exhibition which also featured displays from local artists Krista Berman, Ben Van Beusekom, BOY KONG, Brian Heeter, Michael Knapp, Charlest Marklin, and DECOY.

As we closed out our interview, in a moment of introspection, I asked Russell what impact he believes his art will have on the world in ten to twenty years’ time. “I don’t have any grandiose ideas about being a super famous artist or anything. My priorities are a bit more localized. I like that being an artist has allowed me to be able to travel all over the world and that I get to share that with my daughter and my friends and family. I’ve met great people; I’ve seen great things and continuing that is really my greatest hope right now. I want to be social; I want to be happy, and I want those around me to also be happy.”