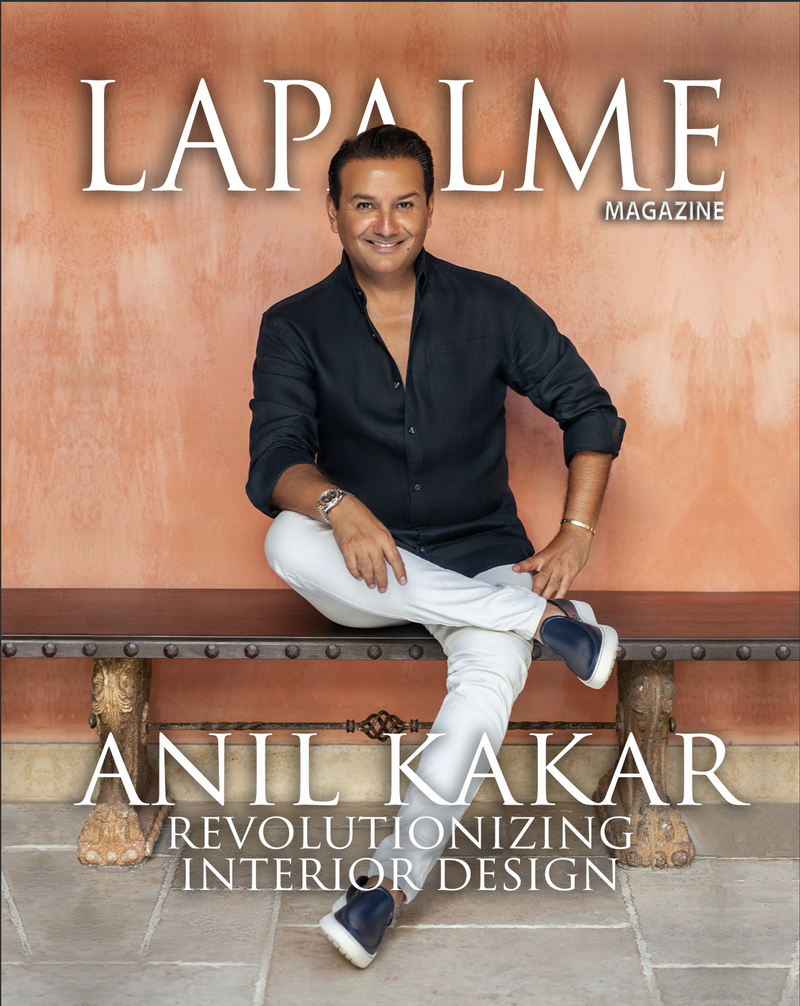 Anil Kakar has arguably become a go-to source for unique and eclectic interior designs you would be hard-pressed to find anywhere else. His company, Kakar House of Design, has been visited by the likes of Martha Stewart, and Nate Burtka, and Kakar has worked on some of Florida’s most notable hotels and locales. Although Kakar has seen great success in the interior design industry, it wasn’t the only career path he was on.

Kakar and his family came to America from New Delhi, India, when he was just six and a half years old, and he was instantly enamored with the architecture and design. Kakar says, “I was immediately drawn to skyscrapers since I was a kid and I always wanted to pursue architecture as a career.” Despite his passions, Kakar was pushed in the direction of doing something his family considered more financially stable, which led to him taking on a career as a banker and wealth advisor. “I think one of the reasons I went into banking was, coming from an Indian family, they would want me in more practical career,” Kakar states. “Architecture and design were still considered artsy — but luckily, things have changed.”

Building the House of Design

Even though the New Delhi native was quite efficient as a banker and wealth advisor, he was working on some architectural and design projects on the side; so much so that neighbors would see what he was doing and want to hire him to work on some of their homes. When the stock market crash of ’08-’09 happened, he had to decide if he wanted to stay in banking or take this time to pursue a career he’d truly love. “During this time, I decided to reinvent myself and my career and focused on interior design, which combines a little bit of everything,” Kakar said.

Not long after making this shift, Kakar started B11 Design, which he named after his childhood home in India. In 2012, he officially opened Kakar House of Design — his showroom and retail space — and has been elevating interior design in Miami ever since. “I felt there weren’t a lot of choices in Miami where people got to see really interesting things from all over the world,” Kakar says. “When I got out of banking I told myself I would give this my all. I don’t want to just have a store where I sell things. I want to be a source for where this is done differently.”

Kakar House of Design combines vintage and antique styles and gives them a modern or contemporary twist, selling everything from one-of-a-kind sculptures, artwork, and lighting. This combined with Kakar’s flair for texture, patterns and wallpaper truly put his business in a league of its own. “I was using antique fabrics from Pakistan, India, Turkey, and Morocco and putting them on European furniture.” The Miami-based interior designer said, “I want people to say, ‘This guy is doing something more different and unique than anyone in Miami.’”

The Future of Kakar

Ironically, Kakar’s informal path into interior design is what helps him stand out. “I have a business brain and I’m tapping into my creative side,” Kakar says. “I’m so passionate about architecture and design that this doesn’t even feel like work to me.” Looking forward, Kakar is focused on expanding his ever-changing showroom. “I’m focusing on bigger pieces of furniture and unique things because that’s what people are looking for.” Kakar goes on to say, “This, along with the logistics challenges right now, makes things a little difficult — but I like challenges. They make me and my store better.” kakarhouseofdesign.com