Home » THE DYNAMIC DUO BEHIND URBANICA 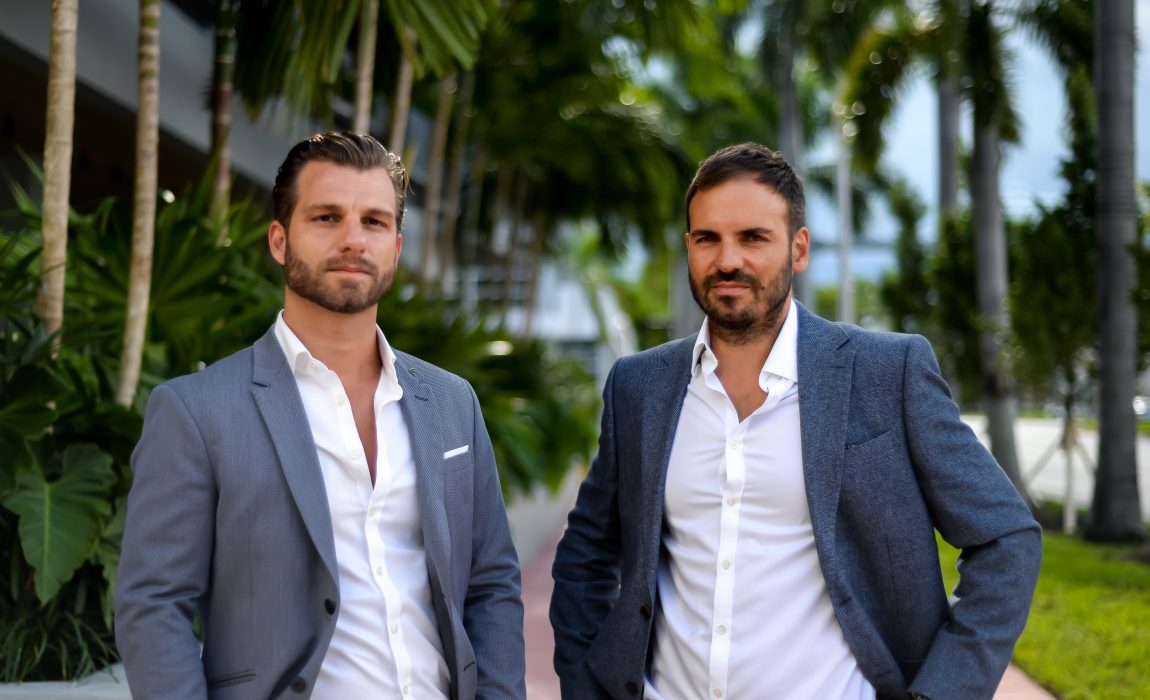 The Urbanica District is an urban oasis located in the exclusive South Of Fifth neighborhood of Miami Beach. A triad of interactive hotels that share amenities of beautifully appointed rooms, pools, and bicycles for exploring all that Miami Beach has to offer. The Urbanica District houses our chef-driven steakhouse, Orilla Bar & Grill, The Miami nightlife favorite Minibar, and the popular New York staple F&F pizzeria.

The SoFi neighborhood of Miami Beach — that’s South of Fifth Street for those not in the know — is minutes from mainstays such as Lincoln Road, Collins Avenue, and the Art Deco District, but it feels like a universe away.

While other parts of South Beach are thick with tourists, SoFi is an actual neighborhood. It’s a low-key area with a beautiful, quiet beach, an uncluttered boardwalk, good restaurants, and now a growing number of hotel options. A pair of hoteliers from Argentina have set their sights on the SoFi neighborhood and by the end of 2020 will have opened their third hotel here.

Diego Colmenero and Charlie Porchetto came to Miami from Argentina in 2016 to open the Meridian Hotel, and have been here ever since. Within three years, they opened the Euclid Hotel. Located just a stone’s throw from the Meridian, and soon after opened the Fifth Hotel, across the street. With their hotels and accompanying bars and restaurants, the pair are essentially creating a new hospitality district in SoFi.

Colmenero and Porchetto’s venues are elegant and breezy. It’s high design without the pretense. It’s also a good deal. Rooms are generally under $200 a night depending on the time of year you book and demand. The rooms are unfussy and comfortable. I stayed at both the Meridian and the Euclid, and although each has its own character, what they share is a simple tropical sophistication. It’s Buenos Aires by way of Miami, after a detour in New York.

But perhaps the main appeal of the partners brand, which they call Urbanica, is that it allows you to experience a down-to-earth part of Miami. “Down to earth” isn’t something Miami is known for.

“We were actually looking for something in Miami Beach, but we fell in love with this particular area,” said Porchetto. “These two blocks have a neighborhood feel. They’re out of the typical tourist corridor.”

The Meridian is housed in what was an abandoned 1930s Art Deco era building. It’s now a 71-room hotel that has an Italian market in the lobby that also serves sandwiches. There’s a pool that can be used by guests of both hotels. Both hotels are within walking distance of the beach and offer beach amenities to their guests.

The Meridian also has a bar called Mini Bar, which takes its name quite literally. Bartenders mix your cocktail and then give you a tiny bottle of booze — the kind you would find in a mini bar — to complete your drink.

A short walk away is the Euclid Hotel, which has 30 rooms and a South American restaurant called Orilla.

“We are trying to give our guests some type of local experience with these properties,” Colmenero said. “I also think the area is growing with us. There are five or six new restaurants that have opened in the neighborhood over the past few years. And the Fifth Hotel offers an authentic Italian restaurant to the sofi district.”

Colmenero and Porchetto’s hotels are drawing people to South of Fifth with their elegant charm, excellent staff, and laid-back vibes. I am looking forward to seeing what the duo will do next.