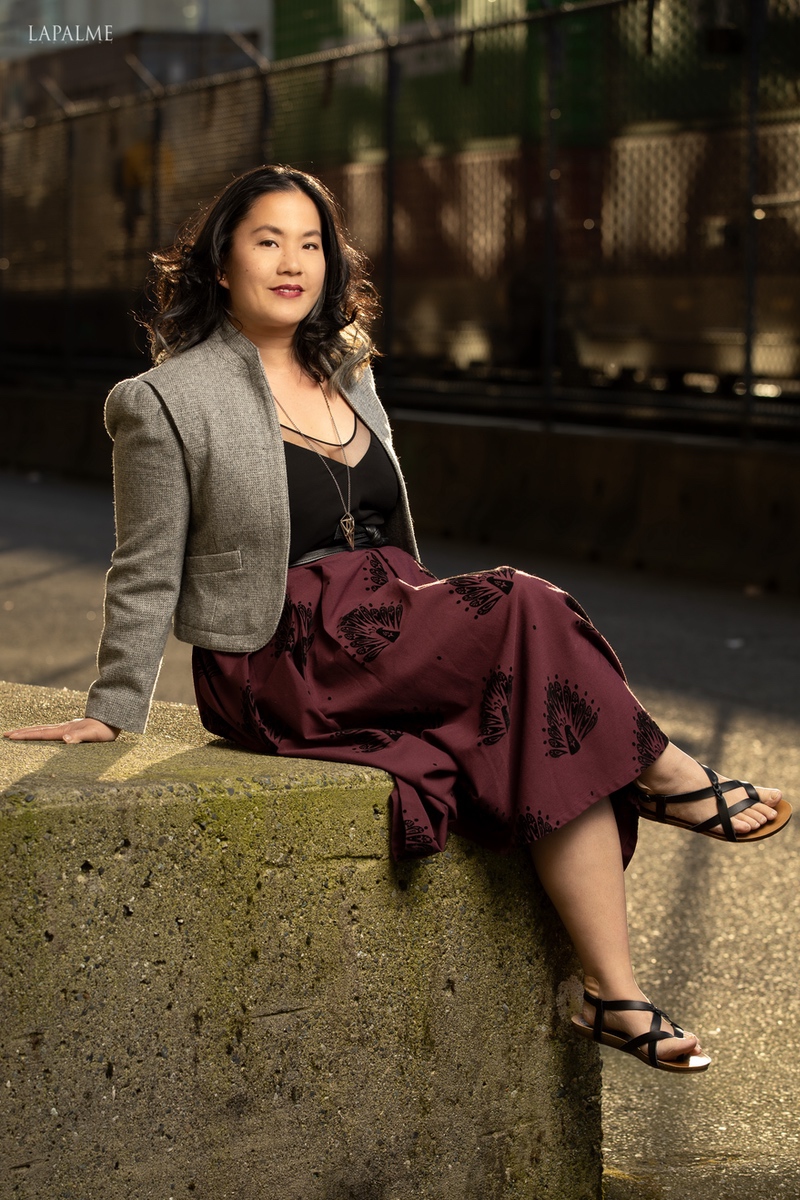 Beverley Huynh is a Costume Designer from Vancouver, BC, Canada. In 2009 she turned her lifelong passion for fashion design (and her mission to be the next Vera Wang) into a career with the film and television industry. Though she endured many obstacles along the way, she stayed the course which was fueled by a creative mind and unwavering persistence. After spending a year learning from other experts in her field in the United Kingdom, Europe and Asia, Beverley has returned to Vancouver to utilize all that she has learned. Her work is woven into the masterpieces of “Van Helsing”, “Debris”, “The Perfection”, “Secret History of Comic Books”, and many more.
With the rising need for diversity Beverley strives to use her voice to bring diversity behind the camera – inclusive of those who can weigh in on the decision making. For her, it’s not just about representation; it’s about a shift in power of Hollywood to people with different cultural backgrounds.Beverley is a force to be reckoned with and is paving the way for other females in her field. We had the honor of sitting down with her to chat about using fabric and textile to tell a story, pursuing your passions, and overcoming obstacles.

You’ve worked on a myriad of projects. What 3 characters would you say best represent you in real life, and how? I honestly start dressing in the style of character I have to put together. So, there is no one to three characters that I most relate to, it’s more or less the stories I connect to. For example, the film “The Perfection” felt like fate. I had just returned from Shanghai, while there I came across a beautiful piece of clothing that had a violin painted on it. I was fascinated by it and was fixated, studying it. Upon my return from Shanghai, I was given the script for The Perfection, which had moments where it was set in Shanghai about cello players. Felt like it was a sign that I was meant to be a part of the project. Most of the shows/movies I’m involved in have some kind of story like this that feels manifested.

You have a big responsibility as a costume designer because you will visually help describe a character to the audience. Do you have any go-to looks for the hero, villain, “girl next door” etc? I try to avoid go-to looks for the most part, mainly because you’re trying to give each character its own voice and personality. That comes with descriptions from other creatives who have a certain idea, and when in the room and discussing with an actor their ideas could be completely different from my own. So, giving some room to be flexible and adapt is key to creating a character.

You can also influence the actor/character in a way that the audience may not see. How can you help someone get into character? I love giving actors something to harness their character to. Like if they have a hard exterior but it comes from a vulnerable place, I’ll have something soft to touch their skin. Or a necklace of significance to fiddle with. Other times I’m tricking the audience, when a character needs to feel cold and vulnerable there is a cool color palette involved and less clothing to connect with the audiences’ empathy.

Fashion on-screen and fashion in real life are two very different things, but what designers from the real world are you loving, and what would you say is your go-to look? I love Alexander McQueen, Victoria Beckham, and Philipp Lim. I love the tailoring and clean, timeless looks of McQueen and Beckham. But I love the architectural, textured, asymmetric design of Lim. My personal go-to, you’ll usually find me in Black and White, a high-waisted pant, and a good pair of boots. It’s a combo that is timeless and mixing and matching are easy. My statements are usually in a gorgeous coat.

You’ve been all around the world, what places have you pulled the most influence from for your work.It definitely depends on the project. Lately, I’ve pulled a lot of influence and aesthetics from SE Asian street style. It’s unique, fantastic at mixing and matching vintage, modern, and designer. I’d love for more people in N. America to be adventurous with silhouettes and shapes with the confidence to pull it off.

Speaking of travel, surely the recent pandemic put a wrench in a few of your travel plans this past year. What’s your first stop now that things are opening back up? Europe has a very special place in my heart, and I’ve yet to see it all. I’d love to make it out to Greece. Thailand, Taiwan, and Singapore are also calling my name.

The entertainment industry certainly has its challenges.  What struggles did you face along the way, and how did you overcome them?  I faced a lot of sexism, some racism. Especially once I started climbing through the ranks of the department. There were a lot of assumptions about who I slept with to get there. This especially came up with women being taught to be each other’s competition instead of supporters. At the end of the day, I did my best to ignore the comments, because I knew for myself it wasn’t true. I put my head down and just worked, connected with people who were like minded, shared my dreams, aspirations, and goals, and along the way I met the right people who were willing to help me to get to where I am today.

There is a pressing need for diversity in Hollywood. It won’t happen overnight, but how can people in the industry, especially white allies, help to push us in the right direction? I think this starts at home, I think encouraging diverse people to have a creative voice and to pursue the arts makes a huge impact. In turn, you have more people willing to share their stories, struggles, and artistic voices. This in turn, gives us qualified people to be able to do the work. I think the industry is headed in the right direction by hiring more diverse and diving into cultural stories. The key is to provide the same opportunities for everyone who has a drive and passion for creating entertainment.

You are a beautiful role model for young girls who want to grow up to pursue their passions. What advice would you give to the younger audience? And what advice would you give to parents raising young girls? Girls, get out there and try. Know that it will never be perfect, it will only ever be great enough. “Just start” was the best advice I ever got. The naysayers are just scared of you. It doesn’t mean you have to be. Imposter syndrome is a real thing. The best thing you can learn is to tell that voice to shut up and that you’re too busy being awesome. And for the parents, let your kids get messy, let them make mistakes, let them try everything that interests them, let them explore. Beautiful things happen for young women when they’re allowed to explore every possibility.

Where can Lapalme readers find you? You can find me on Instagram @bevwincostumes or www.bevwin.com