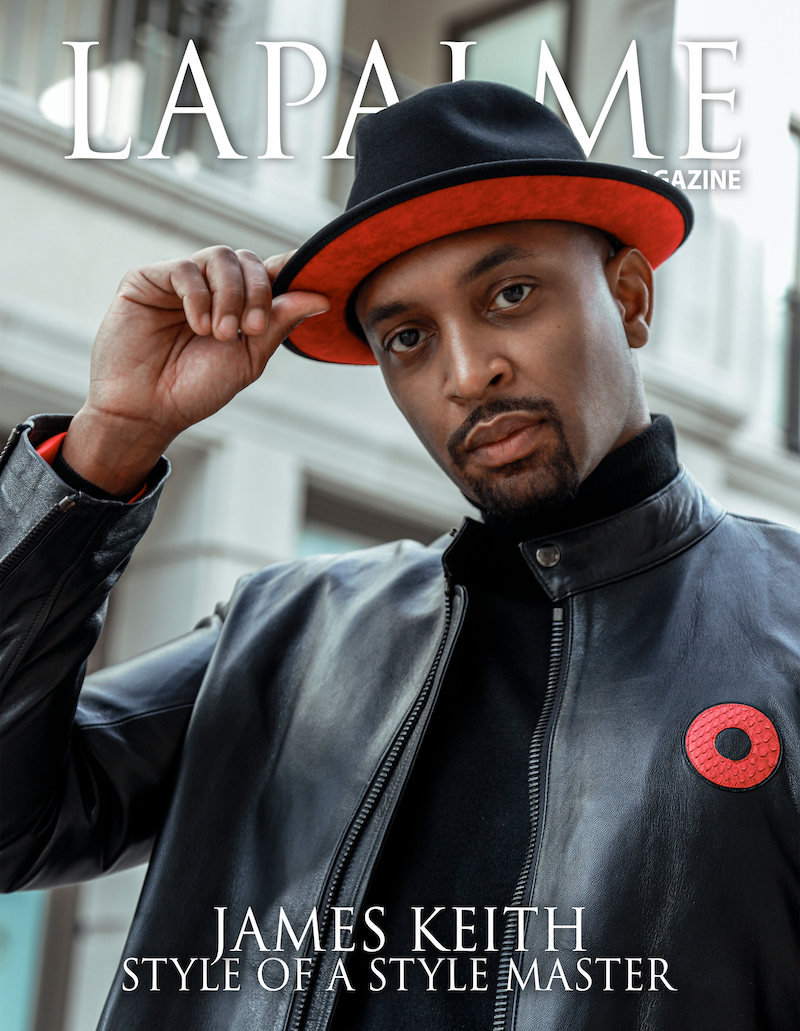 ﻿James Keith is a name to know in the accessories industry. The designer — who is known for his red bottom hats — has taken the world by storm with his unique approach to fashion. The company, Keith and James, has created a signature line of fedoras for men and women, and are the perfect complement to any outfit. The brand was initially based in Atlanta but is now located in Los Angeles which has received great feedback from clients.

Keith and James have become a celebrity favorite in the accessories space and stars around the world have worn the label to red carpet premieres such as Paris Fashion Week. The brand even received the coveted seal of approval from Christian Louboutin himself, who has worn the brand on many occasions, Keith and James also cater to the likes of Floyd Mayweather, The Baby, Billy Porter, Chris Brown and daughter Royalty Brown, Snoop Dogg, E40, Steve Harvey, Cedric the Entertainer, Martha Stewart, and more.

Back in 2015 James Keith, the founder, was driving back to Atlanta on New Year’s Eve and thought to himself “I really want to put a suit on tonight, get dressed up, put a nice top hat on, get out and go have a drink and just chill out.” However, he wanted something that was more unique and eye-catching than what everyone else would be wearing. He went searching but was unable to find anything that fit what he was looking for. Since he couldn’t find it he decided to create it. James never imagined he would end up creating his own accessories brand but the experience has been mind-boggling for him. He created something for himself that he loved and everyone else caught on and ended up loving it as much as he did. To create a company is one thing but to create a company based on something you love and have other people love and appreciate it is a whole different story.

Keith and James has also been picked up by Neiman Marcus which has grown into a great partnership for them. They have been continuously working on creating even more accessories like hats, bags, and even perfume which will be coming out very soon.

The Coronavirus pandemic did have an effect on their business and so they made sure to take time to “figure out the structure of the brand, and really strategize and figure out what we want to do next with the brand.” They refocused and narrowed down the purpose of the company but they were still able to stay in business the whole time. They continued to strategize how to reach a global and international consumer base as well.

James never expected that he would end up being a designer in the fashion industry until unexpected life developments led him down this path. He now is extremely passionate about what he does so he wants people to remember that even though you never know what’s in store for you it’s important that when something comes your way, you have to embrace it. James has made sure to follow this mentality ever since he started his brand and it has done amazing things for him.

How has the last year affected you on a business and personal level? What have been your takeaways from the world around you?

Last year made everything tighter when it comes to business – as far as operating business and delegating more time for it. The world had been closed so the only thing I could really do was focus more on business, which was great.
Life is short and don’t procrastinate on things. Everything that I had in my mind, I’ve been trying to making it come to life. Right now, the world is moving so fast and with so much going on in the world right now, you have to go with what you know instead of waiting around for tomorrow. No one knows what tomorrow holds.

Take us back to 2015 and the story behind the brand’s early days?

Wow, 2015- I was still trying to figure it all out. I’ve always been a fashionable person. The way I came up with the idea was when I was riding back for New Year’s Eve from North Carolina to Atlanta. I wanted to put on a nice fedora hat that night and I couldn’t find anything that was unique. Everything was either too plain or too over the top. I was looking for something that was right in the middle. I was just thinking to myself, “How cool would it be to have a hat with the under brim on it.” And then I’m like, what color would I do? Red is my favorite color so I went with red. I started looking for it, couldn’t find it on the internet, stopped to a couple of stores – no stores had it. I was like, “Maybe I need to create one for myself.”
I got one created for myself and wore it out and everyone loved it. I got like 5 or 6 compliments that night. Everyone was like, “I really like that hat,” and I thought I really got something here. That’s when I created the brand and I’ve been rolling with it ever since.

What’s makes the ‘Keith & James’ brand stand out in the market?

We are known for our red under brim. I feel like red goes with anything, it’s like a neutral color now. A little splash of red never hurt anybody. A little bit of red on an outfit or a little splash of red, just throw it in there and it can bring the outfit together. With the integrity of the brand and the people who rock with the brand -and everybody who supports the brand, it’s all about family, unity, and love.

Where do you draw design inspiration?

Traveling the world and just day-to-day activities. Thinking- I think a lot and I read a lot. My mind is always turning, I’m never complacent. I’m never just comfortable on anything, I always want to make it better.

Not only have we been through a pandemic but also a cultural and social reset. As a high-profile and notable entrepreneur, how important is it for you to lead the way and be an example for others?

I think it’s very important. Someone like myself can see everything I’ve done so far and accomplished, and maybe it can give them the push they need to get what they have to get done when it comes to business and becoming an entrepreneur. I’ve always been an entrepreneur, but it’s kind of like no one’s going to listen to you until you become successful – which can be a good thing but it can be a bad thing too. When you think about life, if you tell a person something before you become successful, they don’t appreciate it as much. But when you do become successful and tell them something, then they’re really going to value your opinion a little bit more. At the end of the day, the morals of your story haven’t really changed, they just look at you differentlynow because you’re successful. A lot of people give advice and a lot of people take it, but a lot of people don’t take it. You just have to know who and when to take your advice from. Just because they’re not successful doesn’t mean they don’t have a valid point. You can learn something from anybody, and I’ve always been like that.

what can we expect from the ‘Keith & James’ in the upcoming Spring Season?

We have a lot of stuff coming. We have perfume coming – for men and women. We also have trucker caps, bucket caps, luxury leather bags coming. We’re just trying to expand more in the accessory lane and we’re going to continue to grow the brand.

Where can our readers purchase via e-commerce and follow you on social?