Home » MALEK – MUSIC WITH A PURPOSE 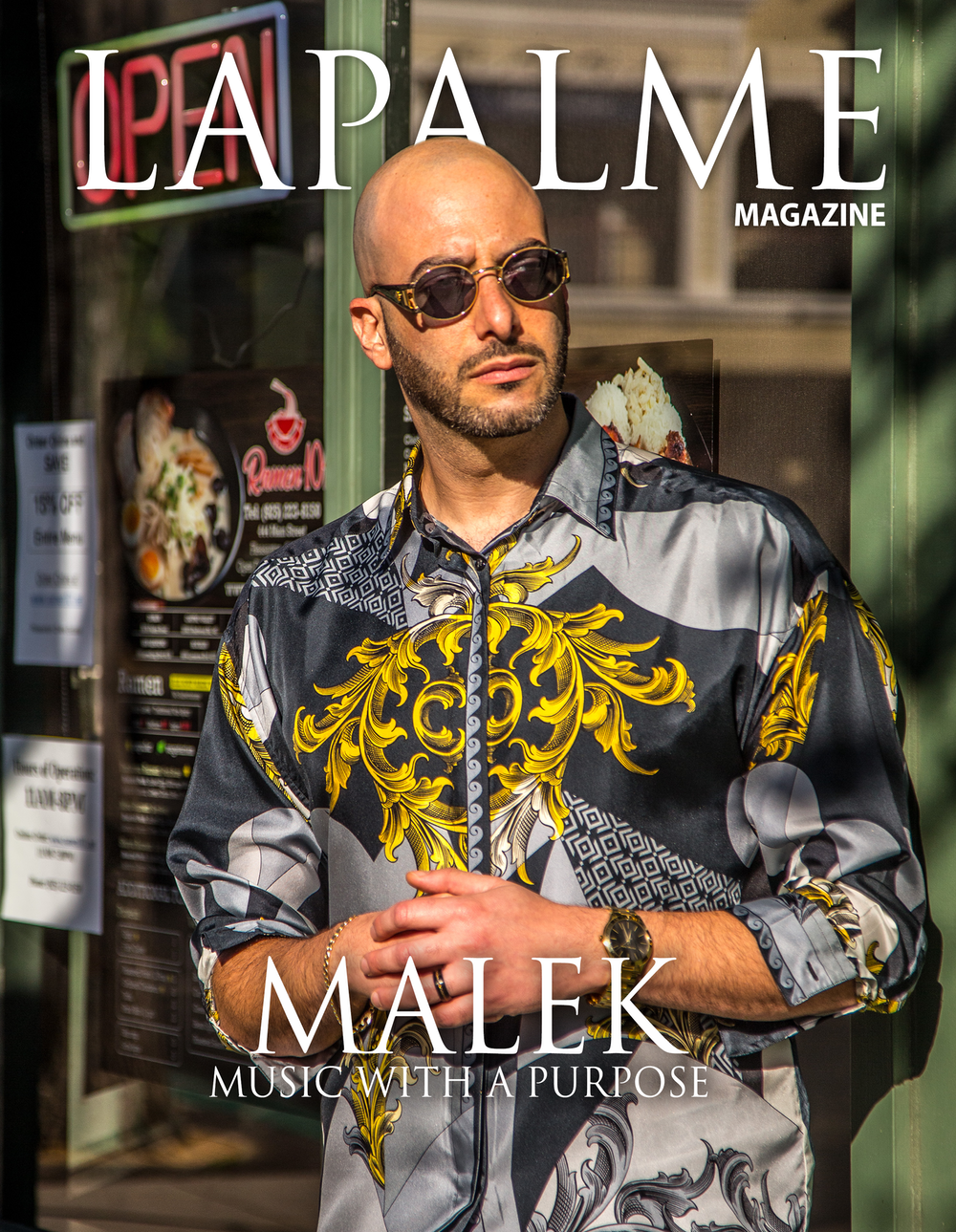 Malek is a first-generation Egyptian-American hip hop artist. Malek has been making noise with the release of his debut album: “CAiroglyphic,” featuring hard-hitting meaningful songs with a global appeal, reaching 300K+ streams across all platforms. Reminiscent of Kanye West and Daft Punk, Malek has continued to deliver conscious sounds with his latest project: “No Lunch Breaks,” which came out on September 22nd, is exclusively written and self-produced.

Being from the Middle East himself, Malek empathizes deeply with those affected first-hand by the Beirut explosion. Thus, he will be donating a portion of the EP’s proceeds to organizations that provide aid to families that have suffered in the aftermath.

Malek has faced a lot of struggles early in life. These challenging situations have only pushed him to work harder, igniting his strong will to survive to achieve his dreams. He was kidnapped as a baby directly from his mother’s arms to joining the military after 9/11 and fighting in combat. He survived the extreme conditions of Oakland, CA, Malek’s journey has inspired him musically, and he feels a profound responsibility to sing about social issues and create purposeful sounds. Given the extreme circumstances of 2020, Malek’s upcoming EP will address mental health during social distancing; Black Lives Matter and the need for inclusion in the arts, his upbringing in the Middle East, and the trying obstacles he has had to overcome that have made him who he is. Malek’s spiritual and lyrical composition truly blends sophistication and wisdom with entertainment for the masses. His music appeals to a younger demographic and a generation that fell in love with hip hop during its golden era and is now raising their children on it. Unlike other rappers in his field, Malek’s beats are all family-friendly with no cursing and are meant to be enjoyed by all.

The world is experiencing a reset both culturally, racially, and politically in 2020 – how do you see your role in amplifying the change? How does your music play a part in this?

When I say: “Still waiting on Breonna’s killers to stand trial,” I project the sentiments of my peers. I feel like people want to hear music with substance, especially during a time of so much turmoil.

My music is family-friendly, containing no explicit lyrics. From scripture references, like in my song “Wisdom is Wealth” to socially conscious driven lyrics in “Message Over to You Now,” I want my music to give people hope and wisdom.

Tell us about the recently released ‘No Lunch Breaks’? What is the story behind it?

“No Lunch Breaks” started from a joke I made over the phone to a friend of mine. It’s a mentality of working countless hours to complete your task, sacrificing your comfort for your passion! It’s putting your faith and loved ones before your fulfillment.

Your Debut Album “CAiroglyphic” feels like a book with so many chapters – what was your inspiration in creating it, and how has it felt seeing the praise for it?

The “CAiroglyphic “album was a project I worked on with another member of my church. It’s actually five years in the making. It was the first time I didn’t make the beats for my music. I treated it as an opportunity to challenge myself sonically and showcase my versatility. We both grew in our production skills and explored new sounds. Thankfully, it’s a body of work highly acclaimed and well received by those who hear it.

How do you draw on your varied life experiences to tell the ‘Malek’ Story in your music.

The same way I would when facing moments of opposition or challenge in life, I refer back to words of wisdom and lessons learned. I want the audience to relate to my story of struggle and overcoming it. Drawing on my life experiences allows the listener to connect to the music.

How have your beginnings influenced the way you lead your life? Take us through your earliest memories.

Being raised in a first generational- single-parent home was difficult, but it also created an opportunity to cultivate my passion for poetry and music. It was my outlet. I remember being an adolescent, watching my friends play from my bedroom window; I felt like I was missing out. Music was my outlet.

How does music play a role in healing?

As I mentioned, growing up in my strict broken home, music was my therapy. It was a way for me to vent all my frustrations, dreams, hopes, fears, and ambitions. It allowed me to connect with others in school and form some of the strongest friendships I have today. It gave me a method to cope with all the elements I was dealing with in life. Later, It allowed me to perform on international stages at 19 years old as a United States Marine in Japan-opening up for some of the biggest names in music.

Who would be your dream collabs?

My dream collaborations would be with either Stevie Wonder or Sade. Stevie’s music is very soulful and has consistently embodied lyrical depth. Sade’s music is just a whole mood. I love their music, and each of their voices are distinct and resonating.

What is next for you as an artist and more so as a human?

With God’s will, you can expect more music, and you will hear that music grows with sophistication and wisdom. I’d also like to create more opportunities for underprivileged youth in my community. In the meantime, you can expect to see growth in different areas of my life; fatherhood, musicianship, and fellowship with my community.

2020 has been a tough one for so many what is one positive you’ve experienced?

Although 2020 has brought so much disruption and change to the normalcy we have gotten accustomed to, it’s also given us the opportunity to pause and reflect on our lives. I believe perception is everything, and it’s imperative to overcome challenges in life. Realizing this, I’ve taken this time to reflect and change things that weren’t beneficial to my growth. I began to adopt new habits and attitudes that would only encourage the lifestyle and peace I was in search of.

A lot more music, short films to accompany that music, and overall growth and maturity.