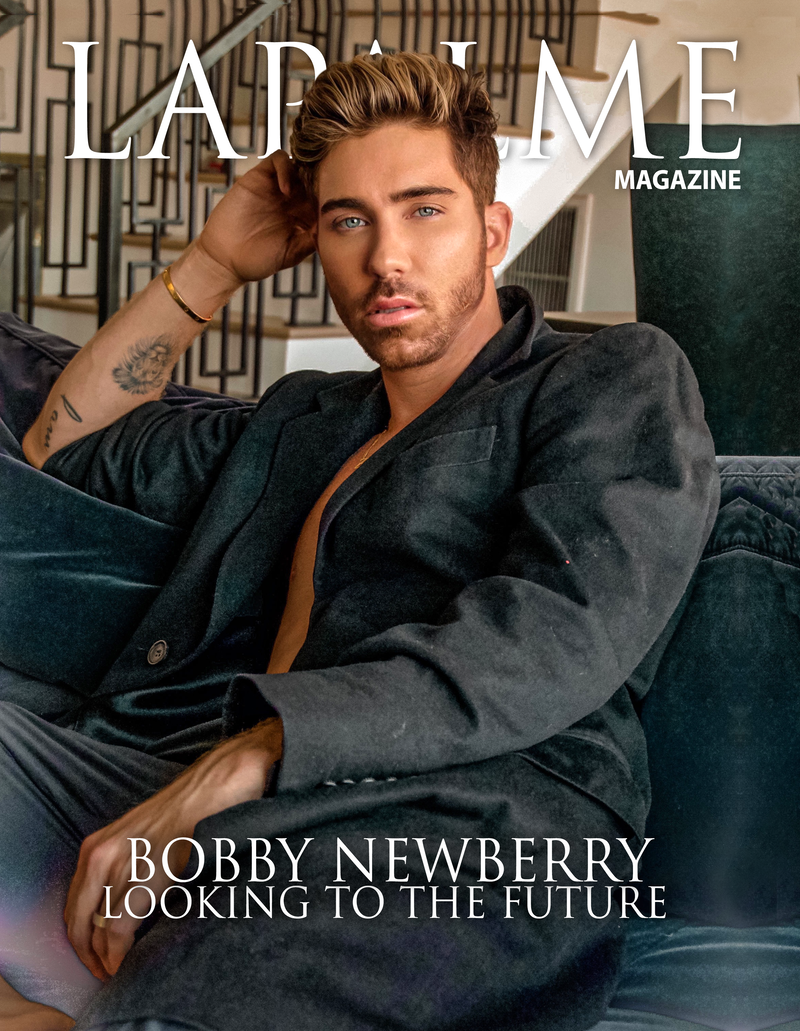 Newberry launched the project with the single “SWEAT” debuting on Billboard.com with an innovative music video set in the Mojave Desert where dancers were thrown to the dirt and put to the test to make them “SWEAT.” The grinding in your face hands-in-the-air club track designed to get your body moving garnered a great response placing in the top 10 on Advocate.com’s Hot Sheet and generated strong social media support from top influencers in the pop/dance community.

#THENEWBERRYSPECIAL was received with great success. The single “SWEAT” drew the attention of pop group Danity Kane, who requested the talented performer join them as they reunited for the #DKNOFILTER Tour in 2014. Newberry debuted as their opening act in venues all along the west coast. On tour Bobby began working on the upcoming single “Flight from Paris” set to debut in early 2015 with a video starring youtube sensation Yanis Marshall and Porcelain Black.

As a young child growing up in an underprivileged household in Orange County, California, Newberry discovered his passion for music and movement. A self-taught dancer, he spent countless hours dissecting and emulating the dance style and fundamentals of his inspirations, pop icons: Michael Jackson, Madonna, & Prince. Despite no formal dance training until age 11, Newberry entered and won numerous local talent shows as a dancer and received enough recognition to earn a scholarship at a dance/gymnastics studio. When not training in dance, he participated in singing groups and the school choir. After high school, Newberry was awarded a scholarship to the renowned EDGE Performing Arts Center in Hollywood, California, where he worked with famed choreographers, Brian Friedman who choreographed for Britney Spears and Gil Duldulao who choreographed for Janet Jackson, just to name a few. More than just a talented dancer, Newberry was inspired to find his own dance style, a combo of hip hop and stylized movement. His unique and relevant pop-oriented style of dance caught the industry’s attention and Newberry was soon an in-demand choreographer. Says Newberry, “music is my life…. it’s why I do anything and everything”

Although Newberry’s career first began with incredible breaks in choreography, he has always considered himself an artist. Currently focused on the vocal aspect of his talents Newberry has begun collaborating with a group of amazing producers in Los Angeles, including the famed Damon Sharpe, whose clientele include Jennifer Lopez and Kylie Minogue.  The musical journey of Bobby Newberry is just beginning and the dance floor should get ready.

He just released the visuals to his single “Nostalgia” featuring LianeV which received so much Instagram love from the likes of Paris Hilton, Ashley Roberts of the Pussycat Dolls, Don Benjamin and more.

‘Nostalgia’ is for anyone “missing their friends, family, and fun, brighter times.” The Los Angeles-based pop artist takes in a sunset and twilight swim with fellow performer Liane V in the song’s dreamy video, filmed in Malibu, California, with a two-person crew and unveiled Friday. Together, the pair reminisce about morning cuddles and evenings spent stargazing.

The world is in a re-set moment culturally, racially and in so many other ways. How are you playing your part in highlighting and being a part of this change as an artist?

As a gay male who’s recently married I’ve always stood for equality and unity and I believe art and music are a safe place for everyone.   If I can inspire one person to feel confident enough to be their authentic selves then I’m doing something right.

“Nostalgia” featuring LianeV visual recently dropped? Talk us through how it came about, what it draws on inspiration wise and what you want fans; new and old to take from it?      –

Nostalgia was such a special video / record for me.   I got to collaborate with one of my best friends Liane V and try and focus on brighter times and hopefully make people feel good.

Who are some of your dream collaborators?

I would LOVE to work with black coffee. I’m obsessed.

What is the Bobby Newberry legacy? What do you want your music to be known for?

I would like my legacy to be that I am authentic and that I’ve always been true to myself.    Music to me is everything.   It’s  an escape it’s a outlet it makes people feel things.   So I hope I am able to do that for people.

What can we expect from your debut album? How far in the process are you?

2021 what can we expect and what are you looking forward too?

You can expect my albums be released, I’m planning to tour, and hopefully headline a few Pride festivals if they happen which I am praying they do.

Final Question; 2020 has been an eye opener what is one positive you see from everything happening?

This year has definitely showed me how beautiful life is and how blessed I am.    I have missed so much this year…… traveling, performing, and interacting / meeting people at shows. I will never take that for granted again. Even hugging people.  I miss that so much.