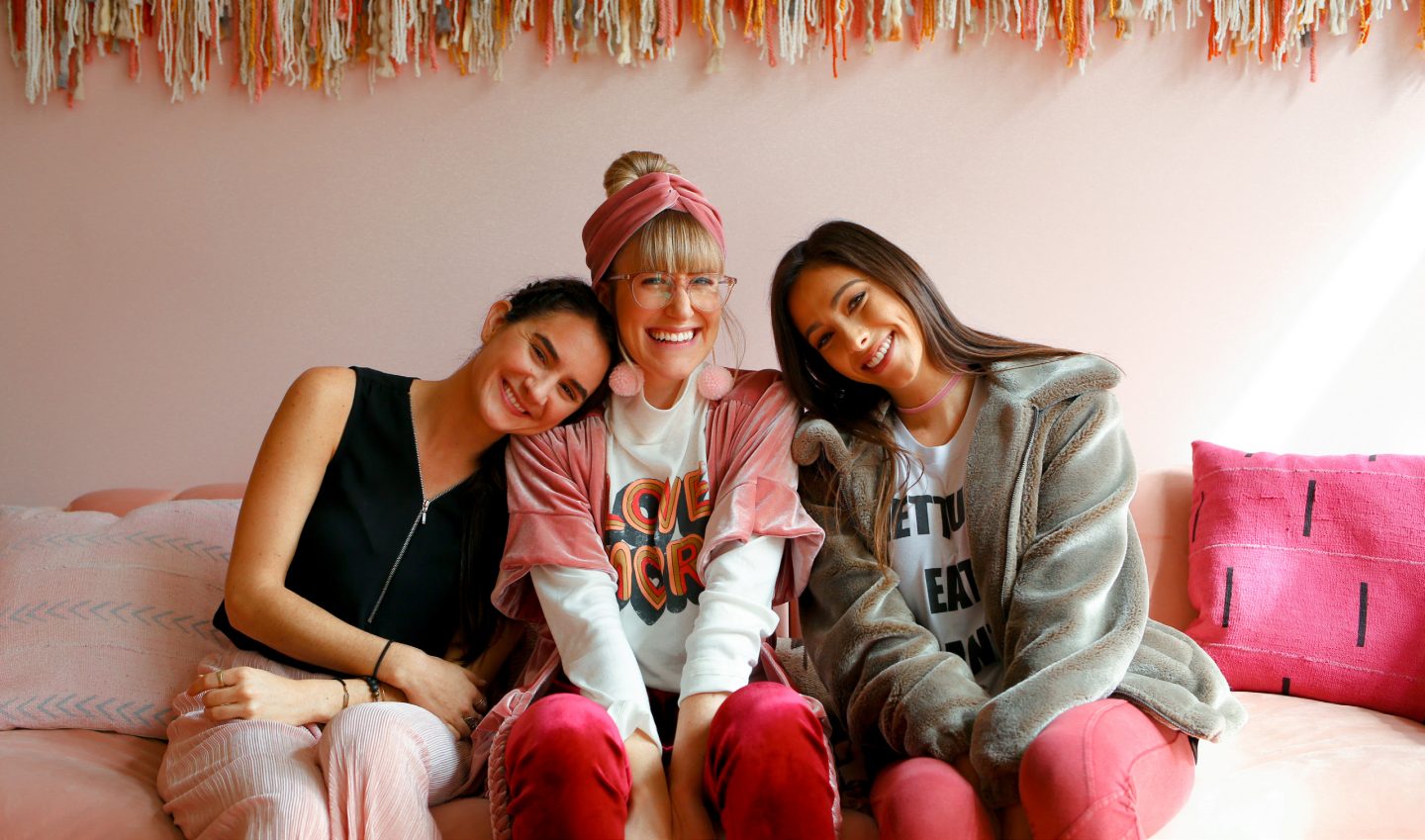 The words Biz Babes might be self explanatory but peeling back the layers of what this term means is where it gets interesting. I recently sat down with Dani and Taryn two dynamic female entrepreneurs who are disrupting the classic co-working space in ways only creatives could do.

Taking their own independent daily work struggles into account helped shape what Biz Babes is today. Dani met Taryn when they began to collaborate on their respective retail businesses, Dazey LA and Vegetaryn. Thru this collab these boss babes began to realize like other female entrepreneurs around them, there is always this constant battle to find creative space work . They had tried other co-work spaces and found no real sense of community like they were seeking.

Dani and Taryn then set out to find a space to work in jointly, and while doing so had a ah-ha moment. “We began to share with others we were in the market for office space and found so many other women with the same need,” says Dani. Dani and Taryn began to contemplate getting a space large enough to accomodate a few other like minded individuals and thus Biz Babes was born! “There was a need for reasonably priced creative space, and we wanted to build a community-not just a work space.” Taryn mentions. And so it began, community driven, collab minded individuals flocked in! “Success was imminent, and we received such a wonderful response we hit our membership goal within the first 3 months,” shared Dani.

Detail and thoughtful surroundings was always going to be the plan. Reaching within their networks helped them achieve the look and feel of their space. A partnership of sorts began to develop with brands who saw their vision. A carefully curated selection of furniture and art now hangs in what was once a blank warehouse space. Every angle and corner has something special to offer. This allows its members the opportunity to keep their content fresh and their own brand original. “In today’s ever evolving digital age it was important to us and to our members that this space be truly functional as well as welcoming,” Dani and Taryn mention.

Stepping into Biz Babes is like taking a walk into the future of the young female entrepreneur. Setting themselves apart with unique collaborative resource websites, and subcultures happening within Biz Babes for the sake of community; planative resources, subcultures happening for the sake of the biz babe community; such as their new Community Babe Manager, and women truly support women in one boss babe hub. No wonder there is such a buzz about these ladies and their company. On any given day, you might find a free community yoga class, or an educational series on building your instagram following, or just a place to vent your frustrations about being a small female business owner.

Babe creators Dani and Taryn share a philosophy, “work for yourself not by yourself.” Through this vision Biz Babes has blossomed into a plethora of opportunity not just for the Biz Babe founders but for its members too. While “living the dream” as entrepreneurs, they often felt lonely and missed the social interaction of having coworkers. During their one on one interaction Dani and Taryn landed upon a solution to what they were seeking!

Biz Babes noteworthy moment – trust the process. It is safe to say these ladies had no idea when they started their search for an office what the plan would be, but within the process stayed true to who they are and their common goal. Beginning this journey to create, a living breathing Pinterest space, for girls who “gram”. Biz Babes is a membership-based community offering co-working office space for young female creative entrepreneurs. Look no further if you are wanting to step out of your own home and come work alongside women who inspire and encourage you.