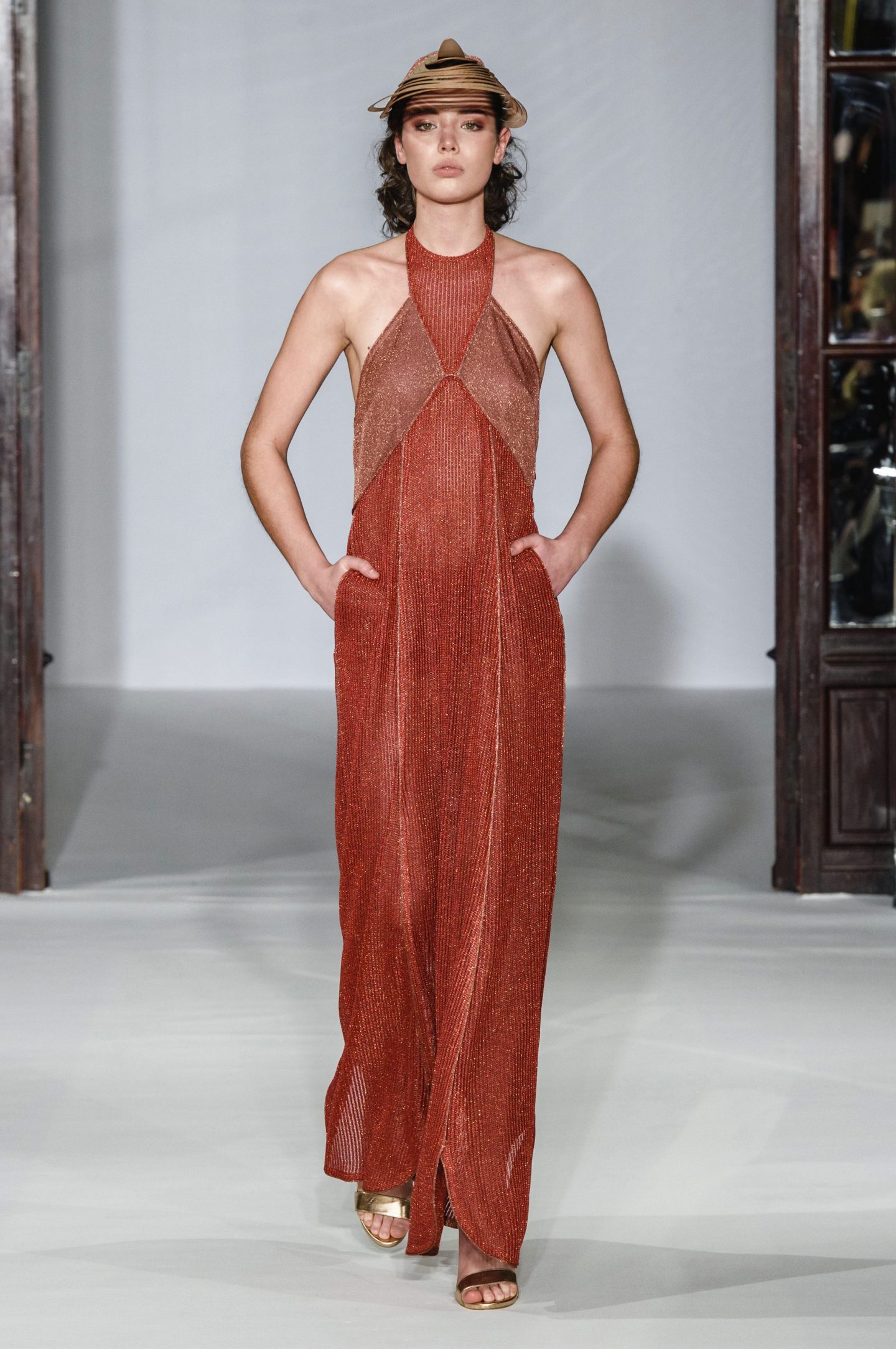 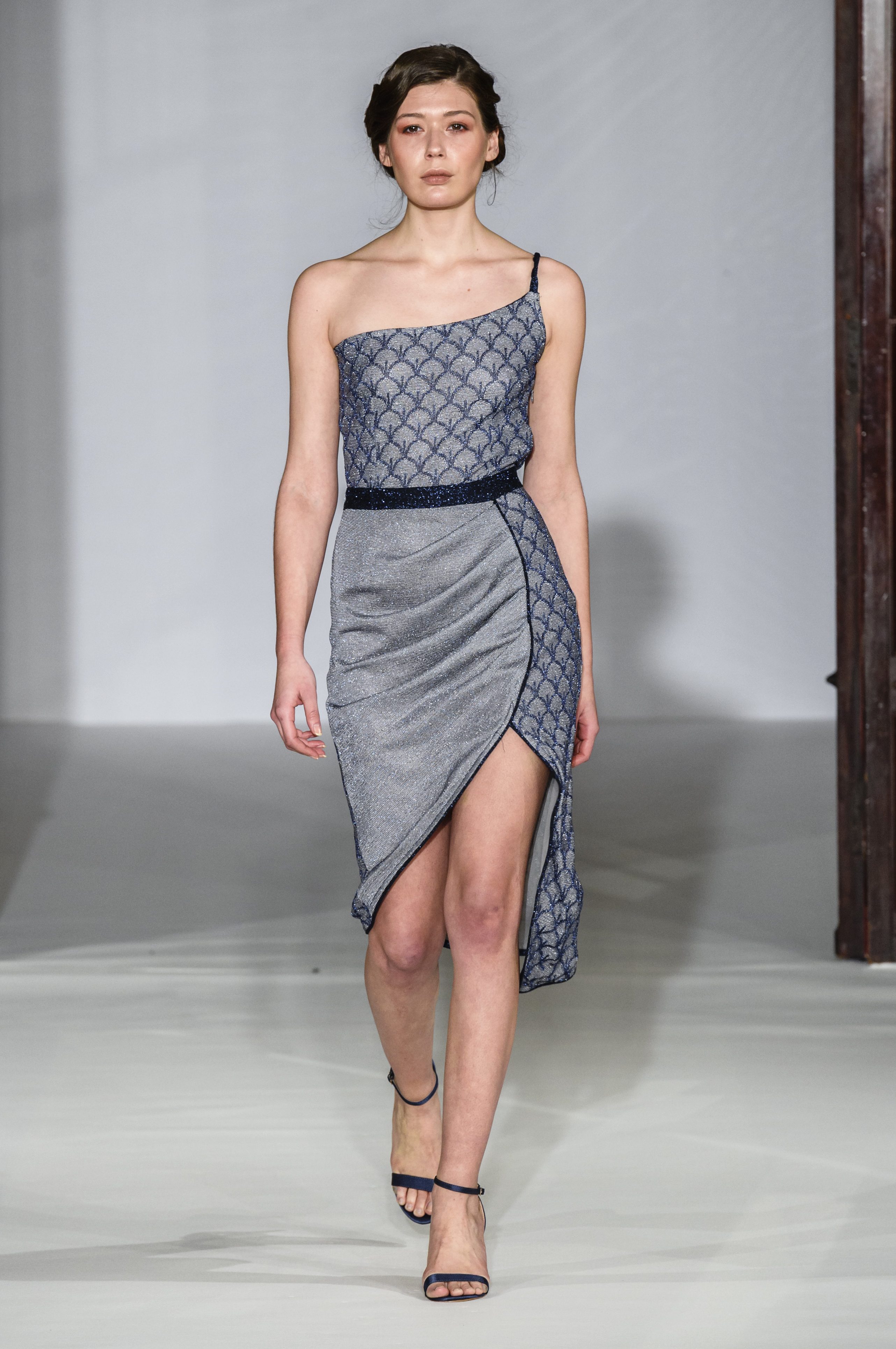 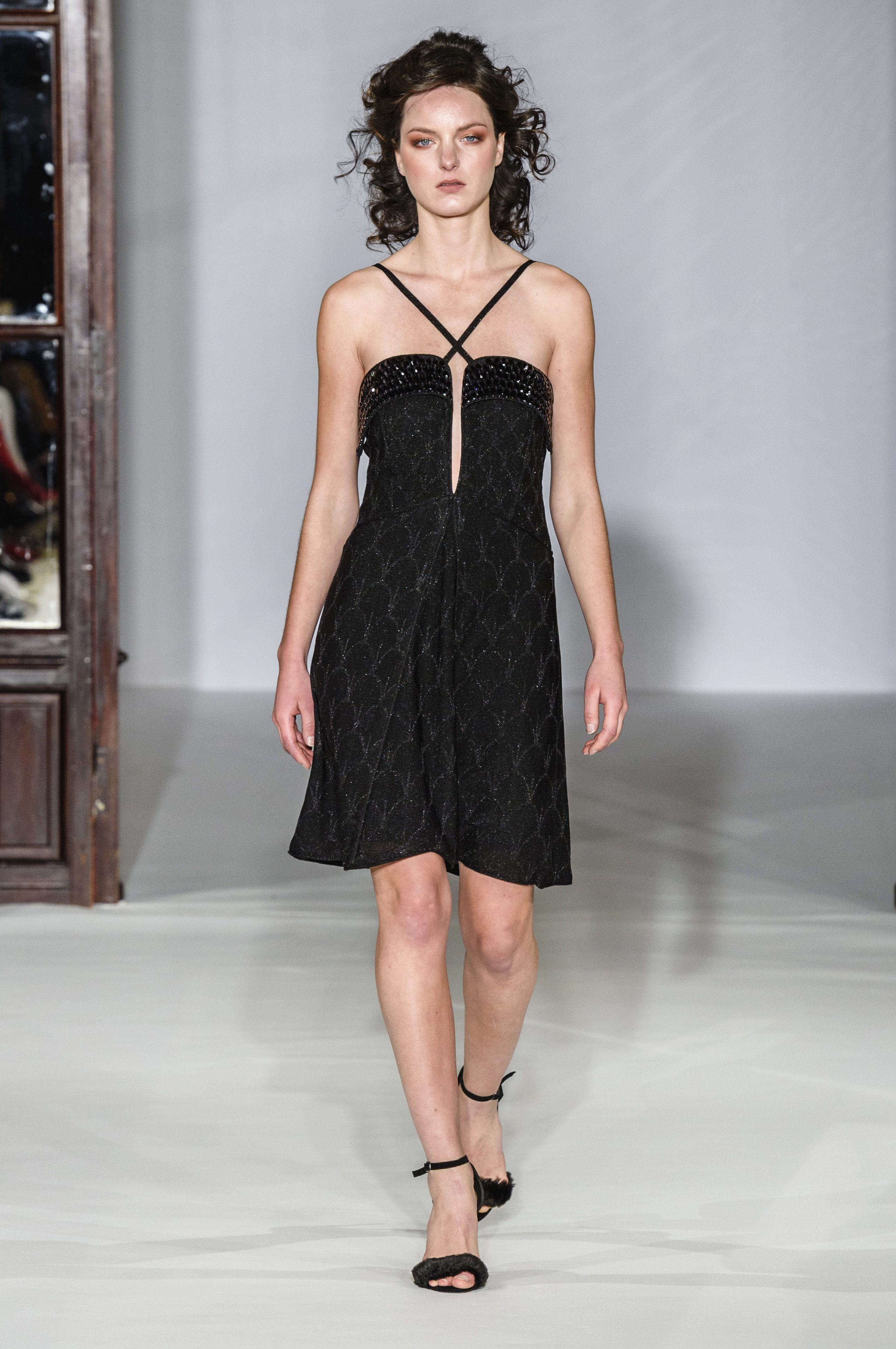 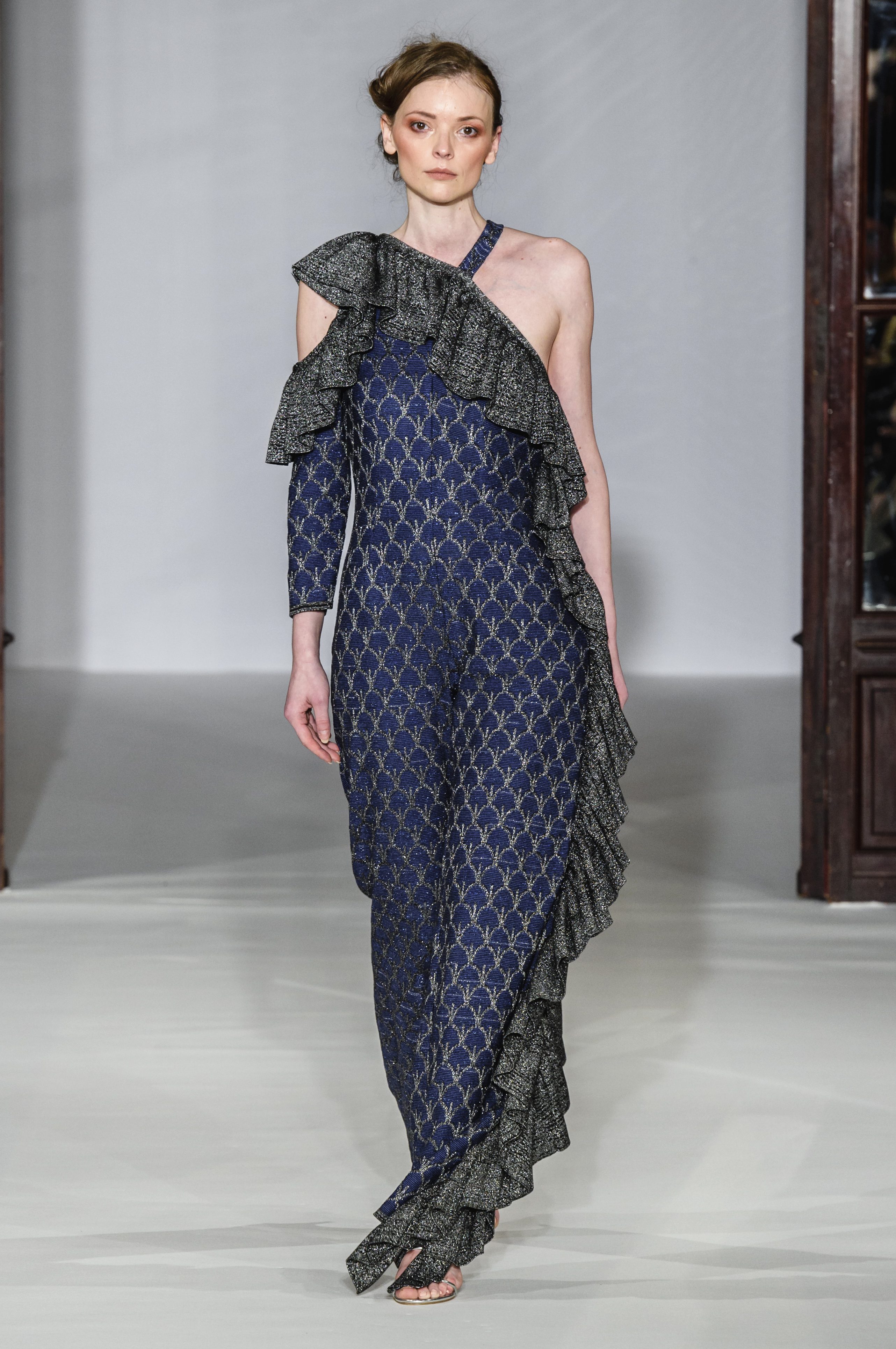 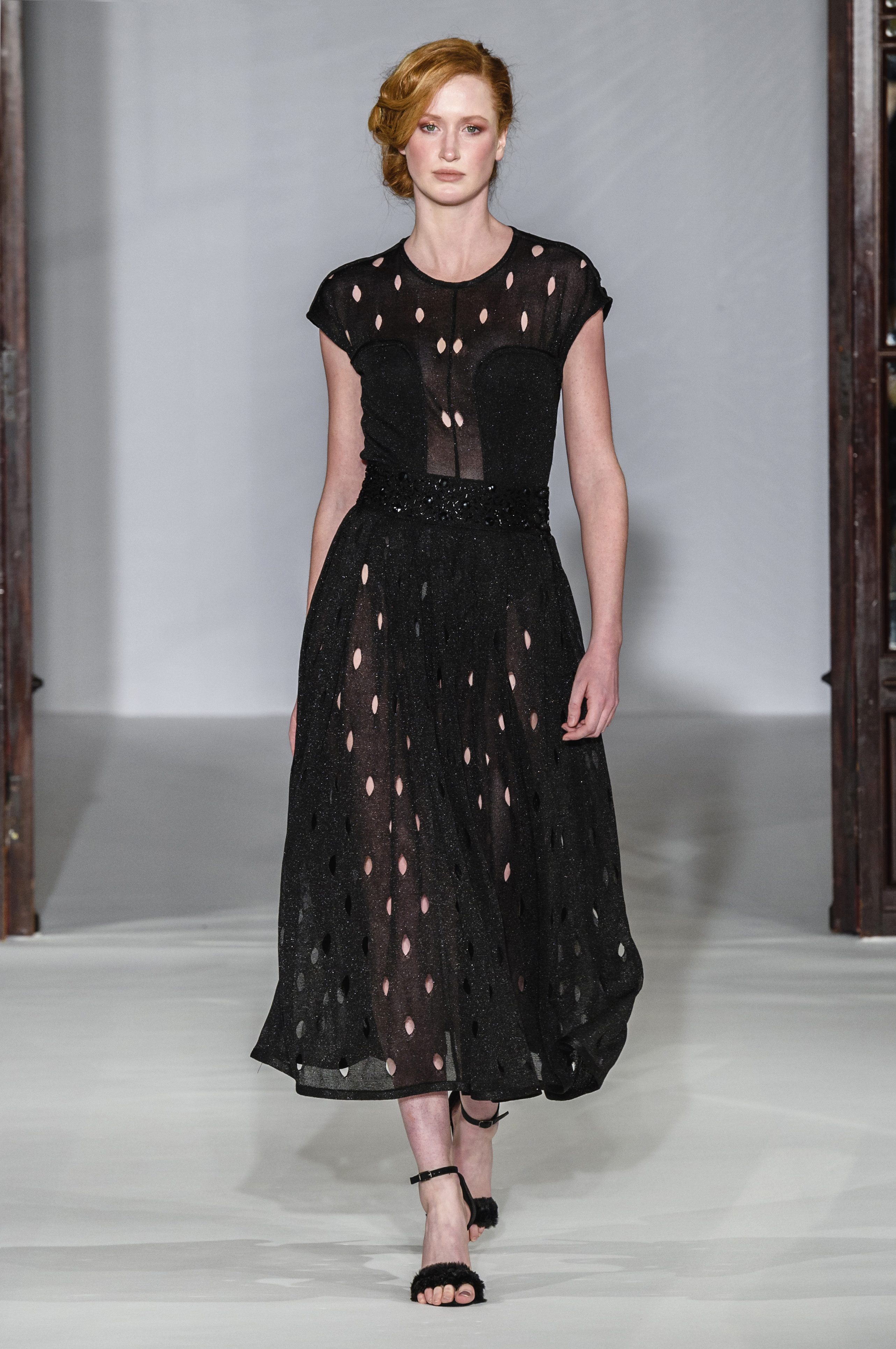 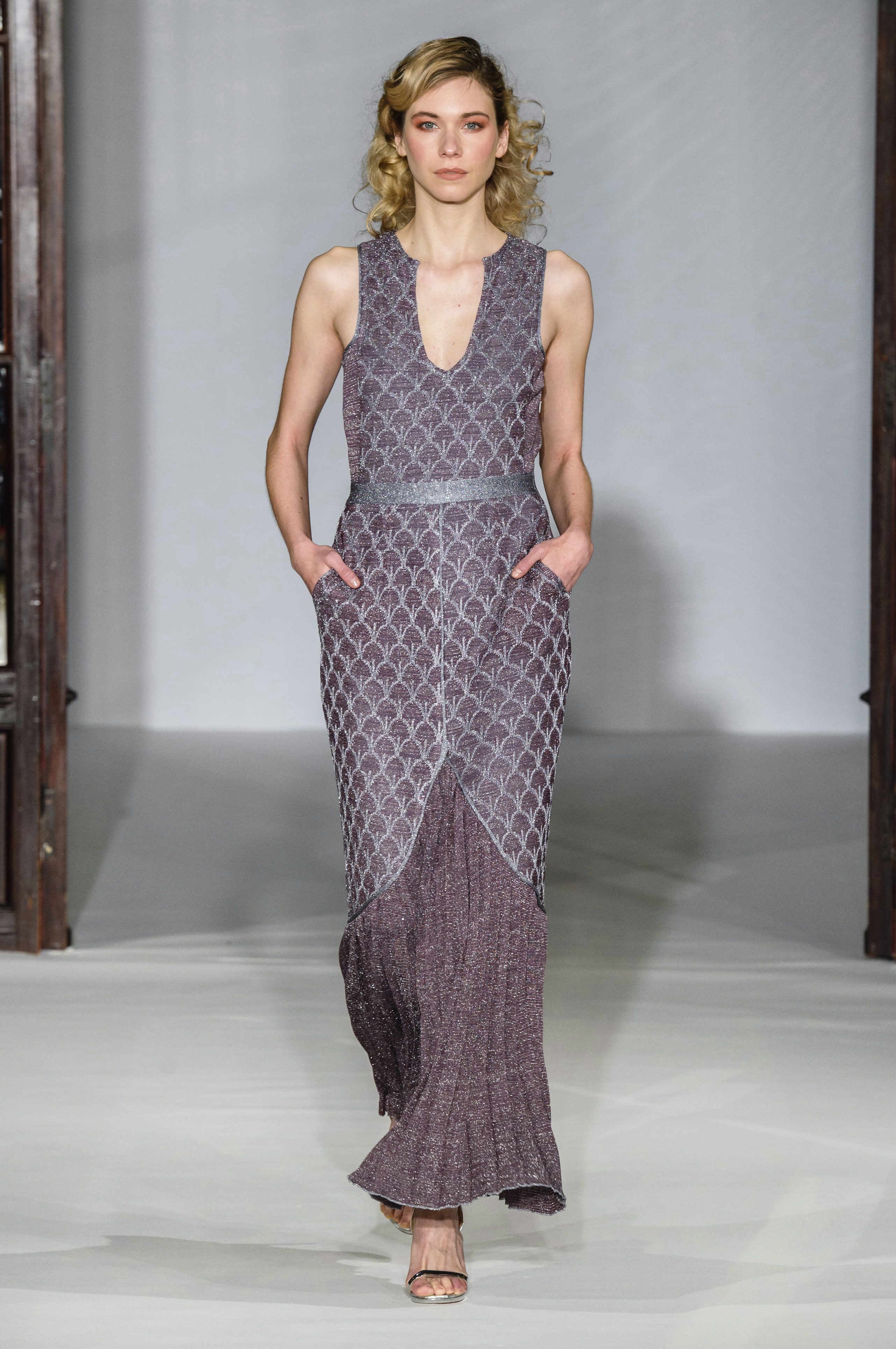 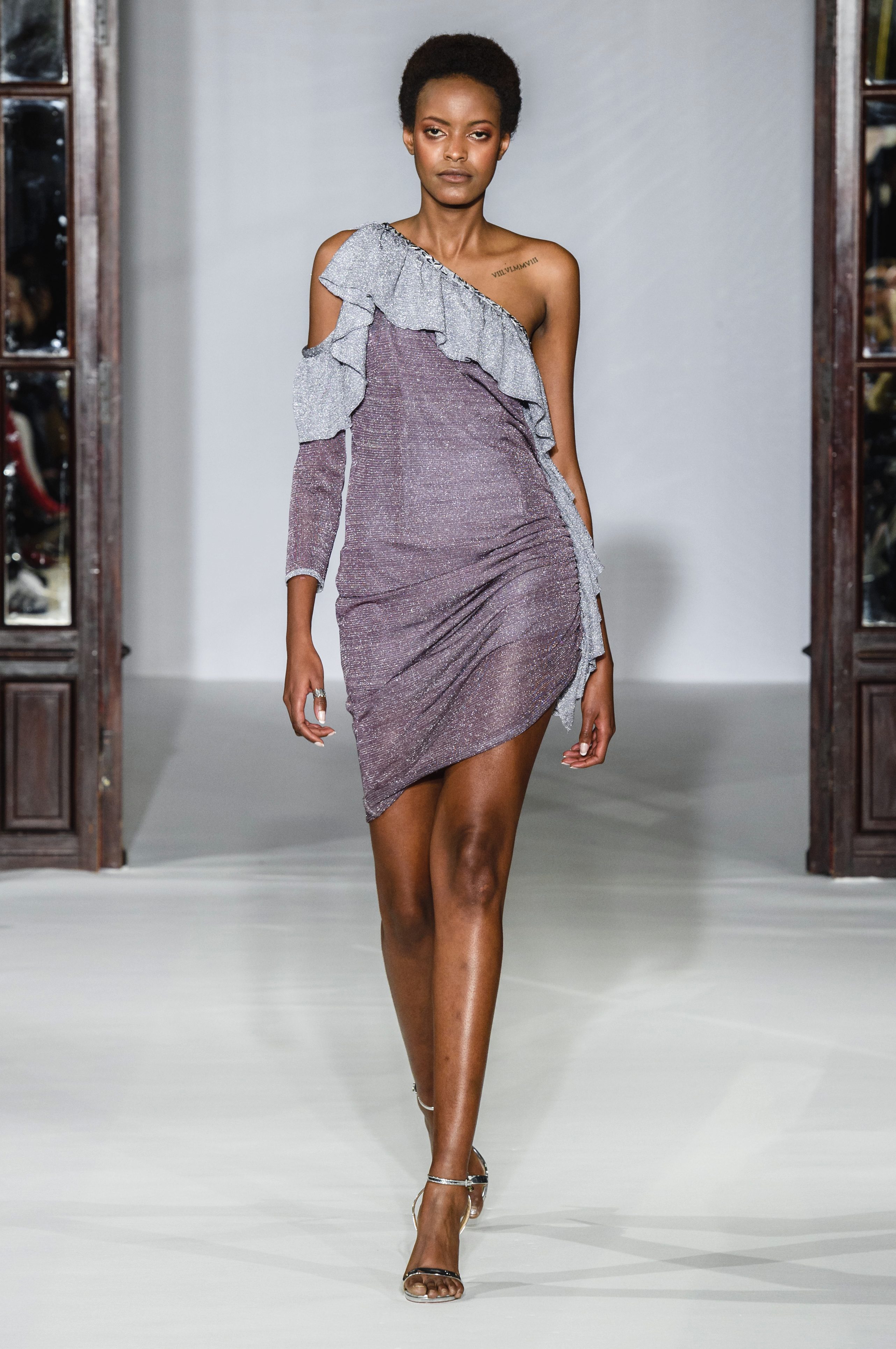 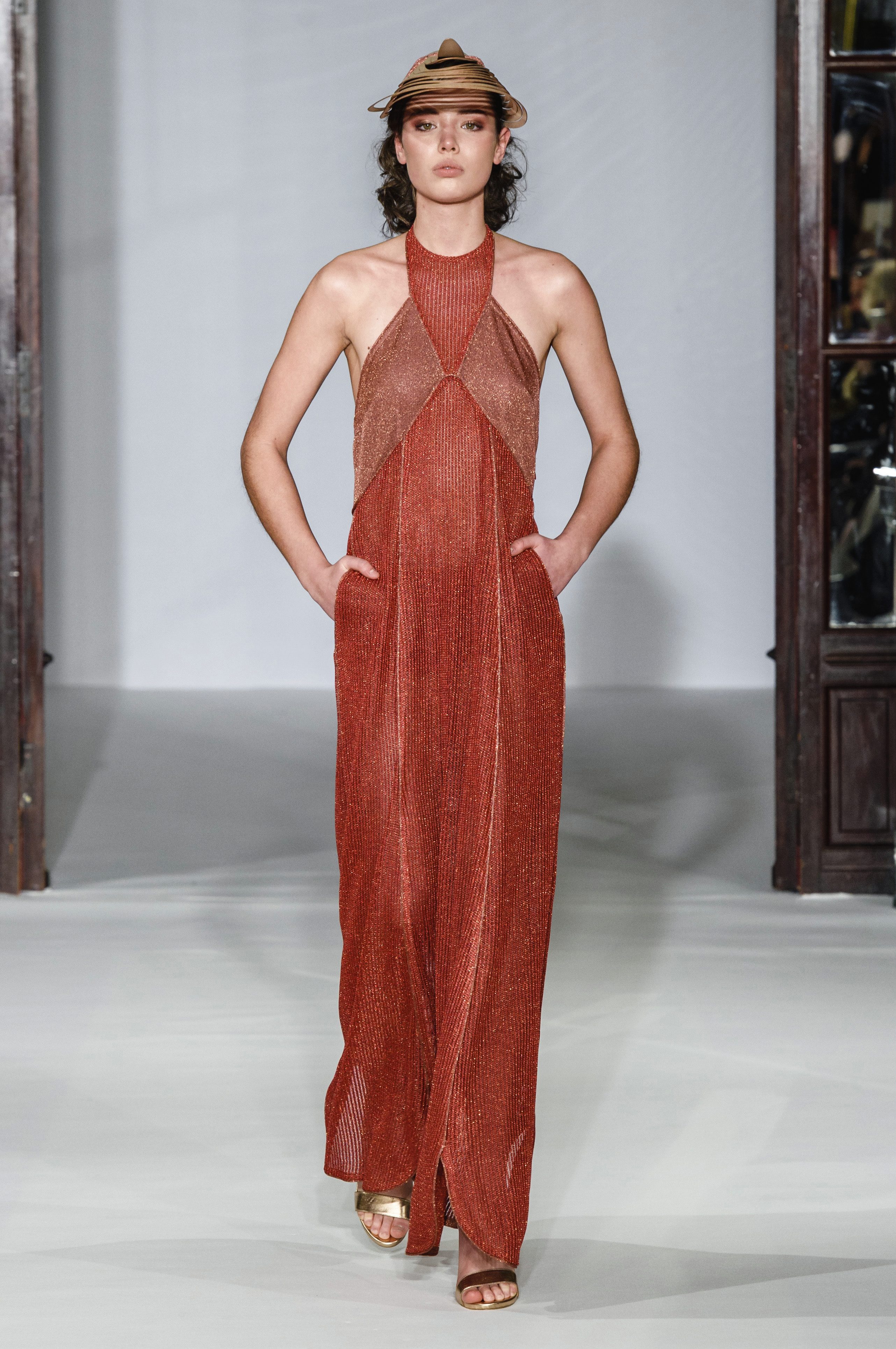 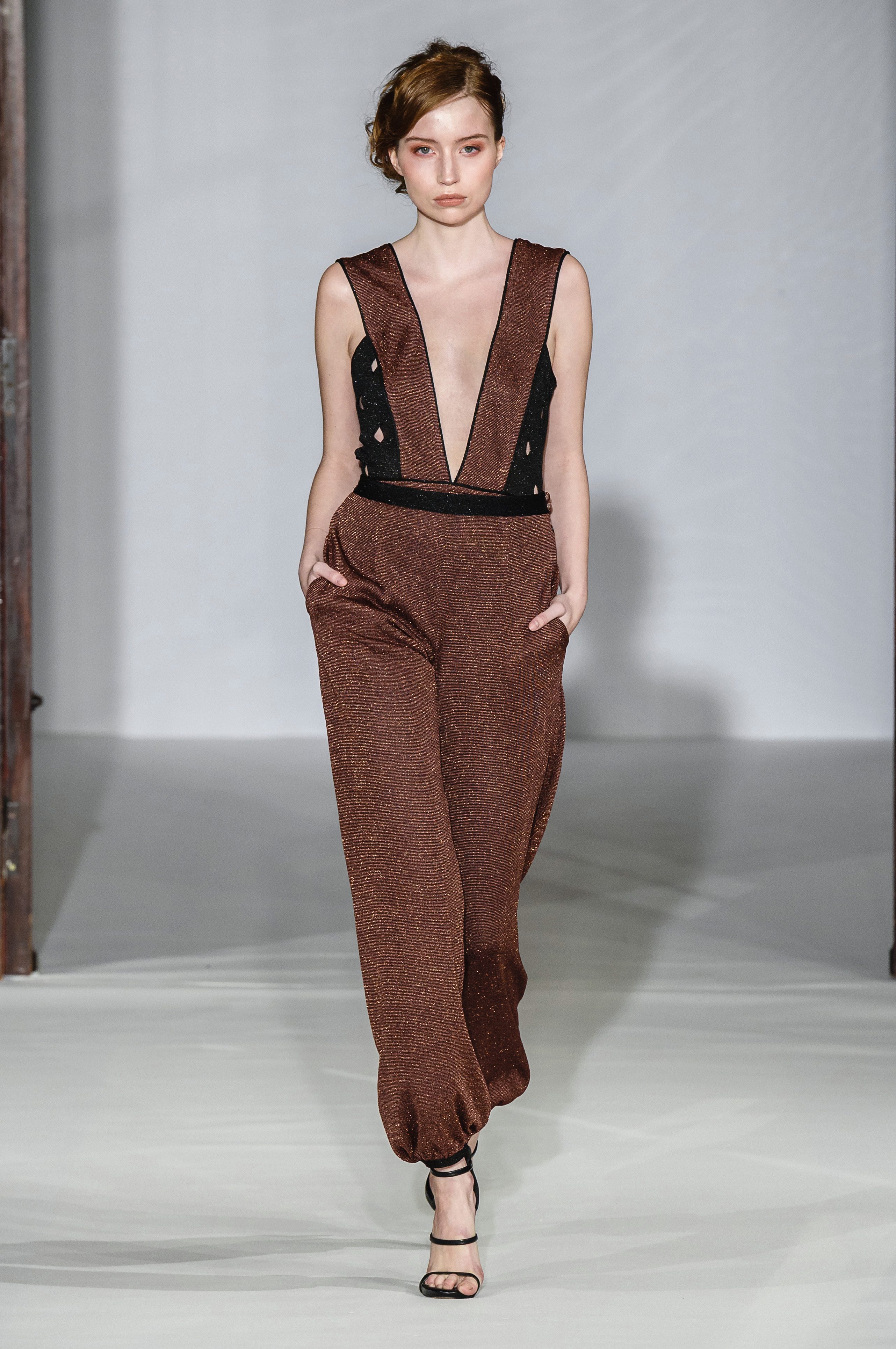 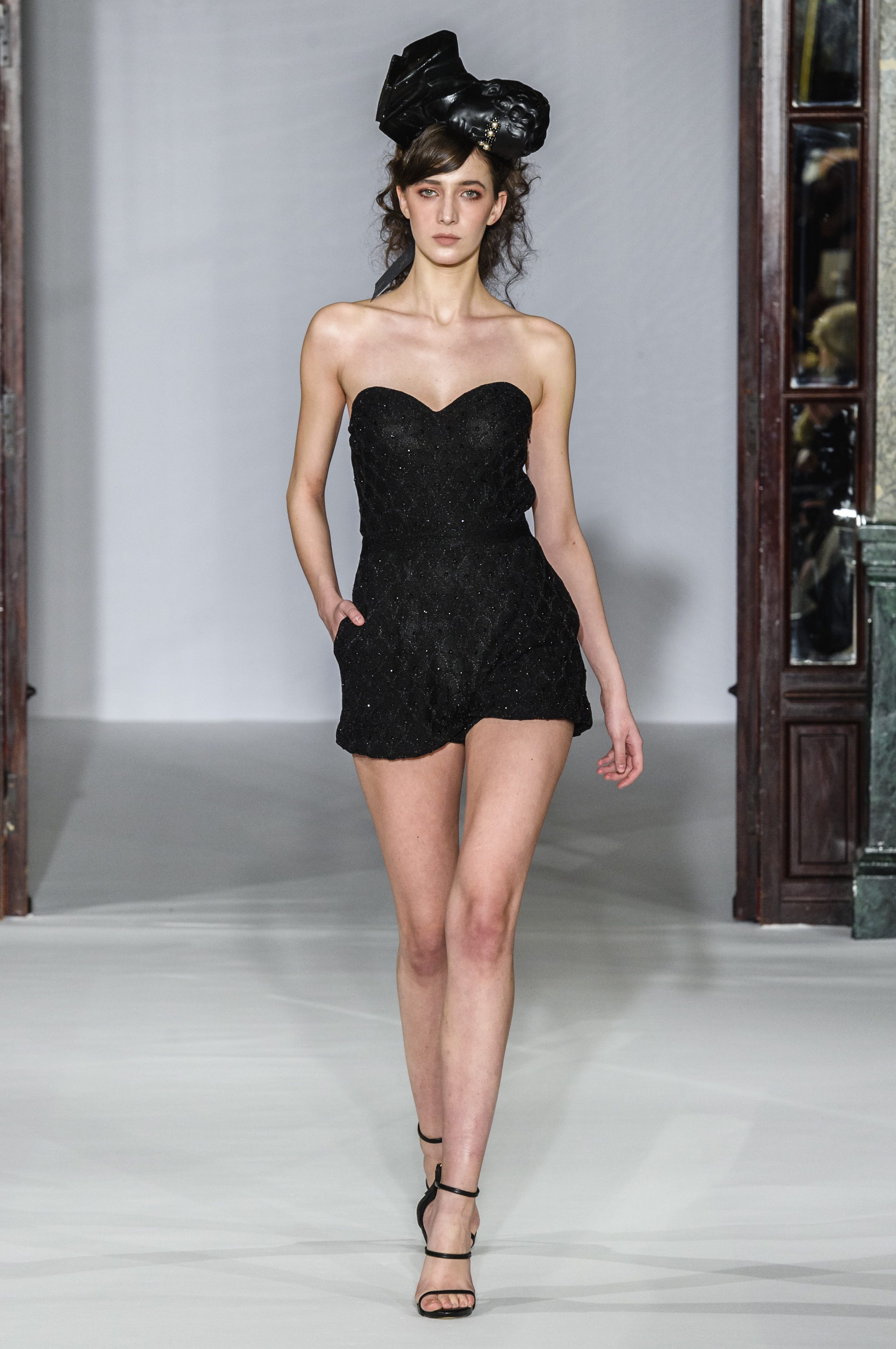 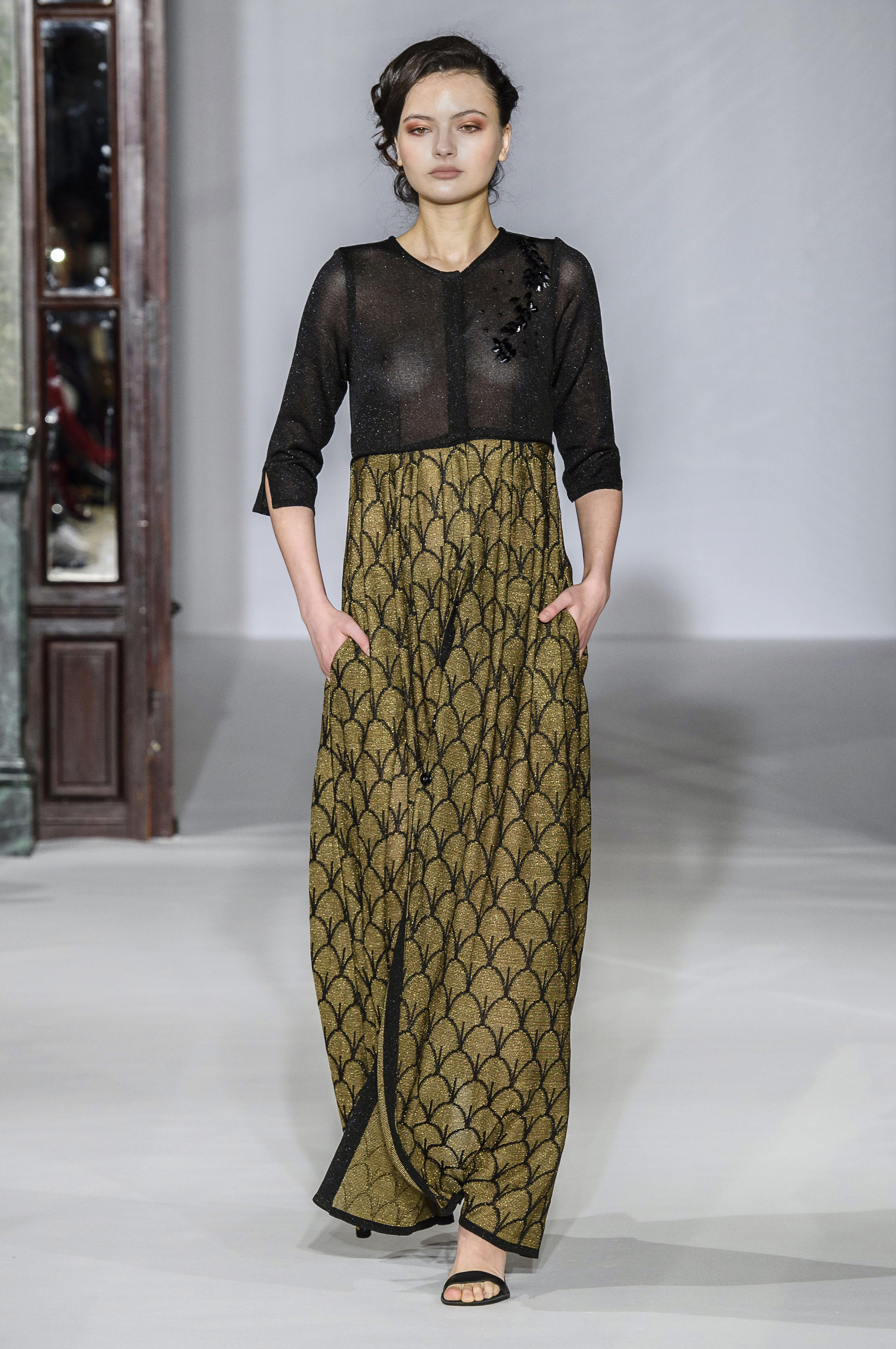 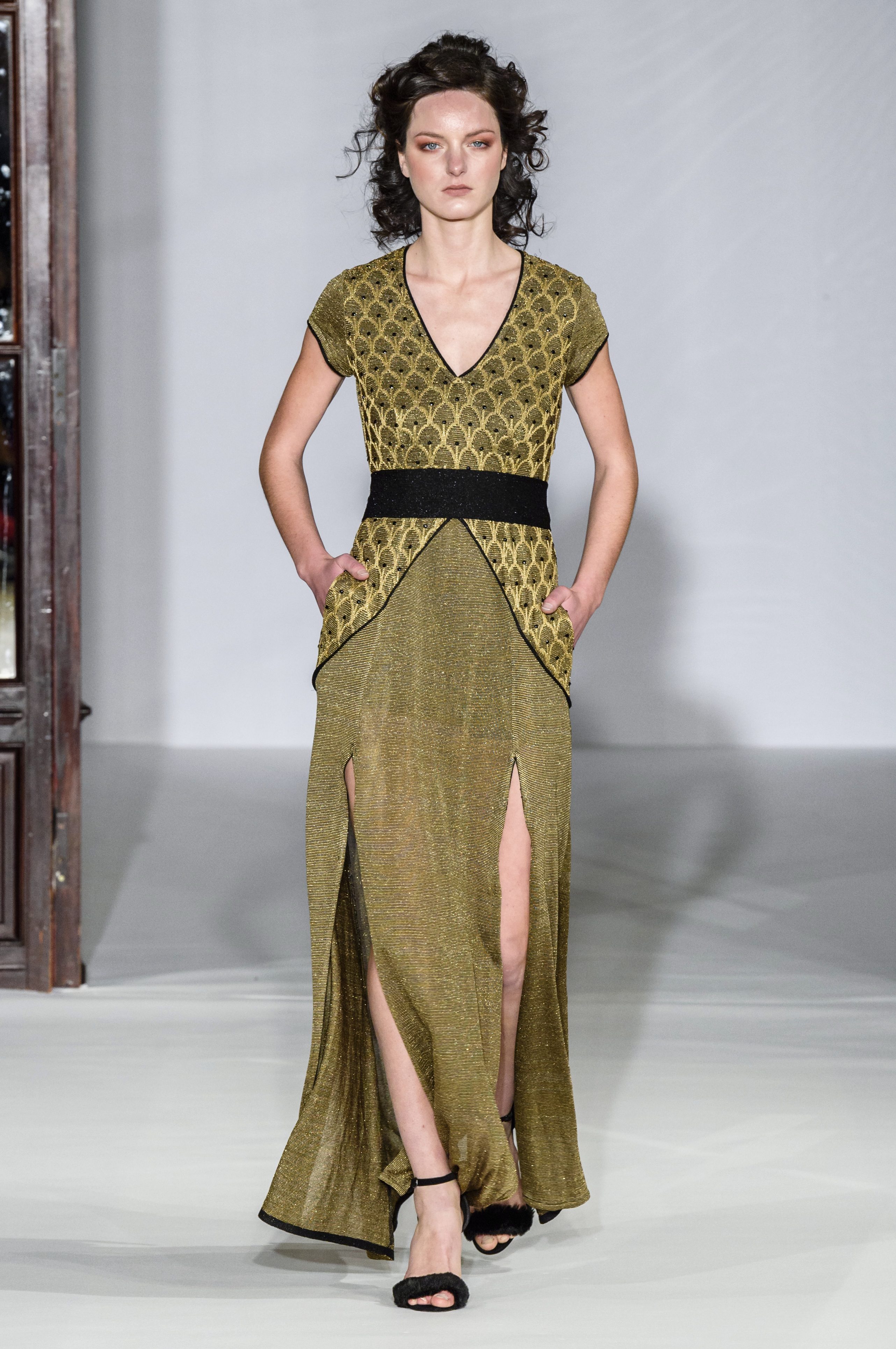 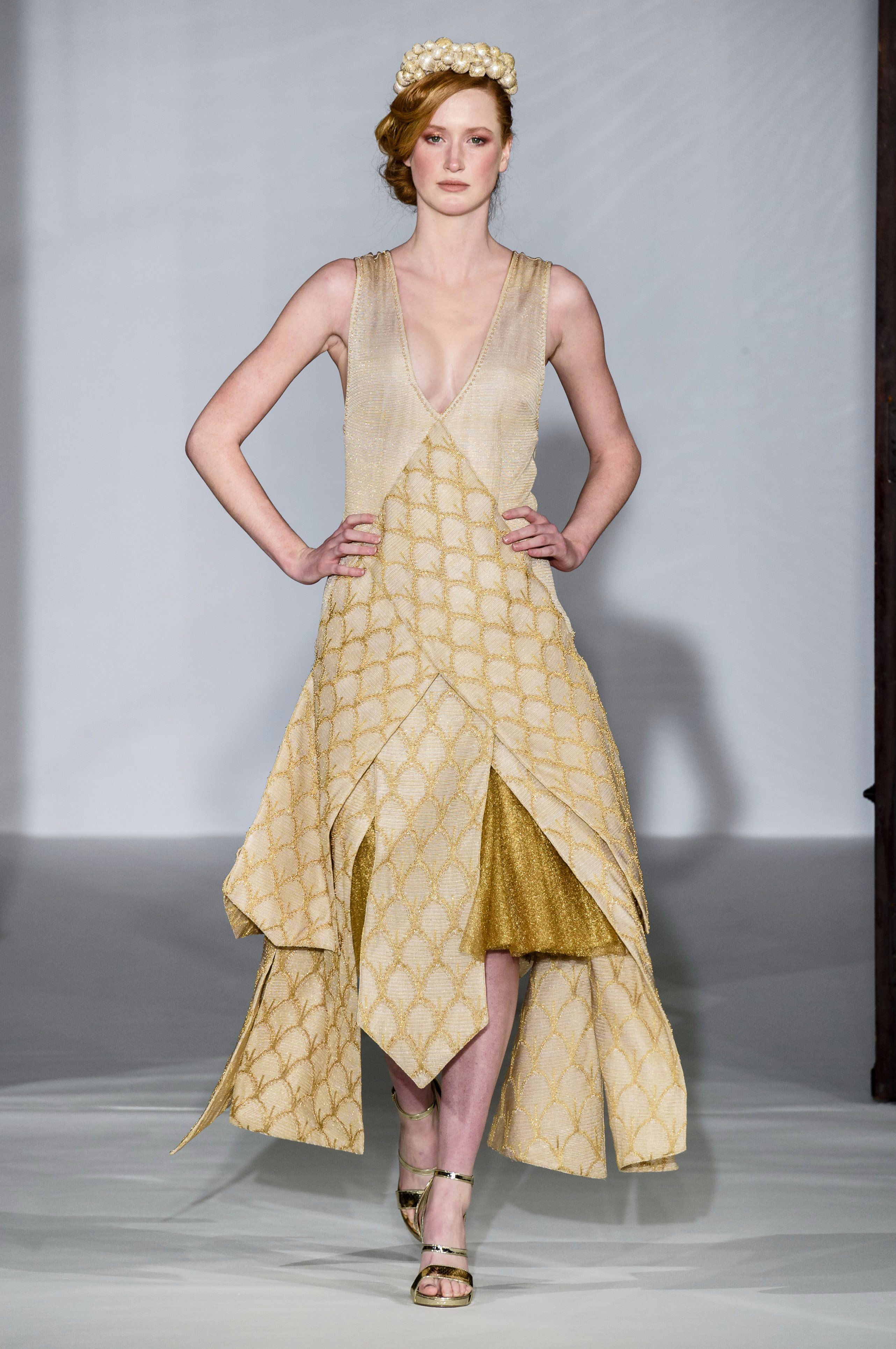 You don’t always know what ‘s hidden behind a closed door, yet even when you think you do, you always wonder if you are right.  A closed door is, more often than not, a mystery to all of us. We are humans and curiosity is, whether we like it or not, a human imperfection.  And when that door has an arch and a keystone, intertwining to form a coherent symplexis, it becomes a mystical and wondrous gate, behind which imagination can run wild!

Maria Aristidou’s Spring/Summer 2019 knit couture collection was quite the challenge.

Inspiration for the pattern came from a single vintage arched door found during a walk inside the old city walls of Nicosia. The simplicity of the door’s facade, together with the complexity of the engineering behind it, gave rise to a series of design trials that lead to this fine timeless pattern for the fabrics of SS 2019 collection.

Hand embroidery embellishments on a colorful pallet of luxurious knit fabrics made by the designer, capture the beauty and the essence of a woman.

Unexpected cuts on timeless classic designs with modern details are the signature of the designer’s Spring/Summer 2019 “Symplexis” collection.

In 2015 Maria Aristidou introduced her first A/W 2015 Limited Knit Scarf Collection, a beginning of a new concept in her designs.

The magic of knitwear inspired her to first explore and then create, using luxurious threads and elaborate techniques, various knit patterns.

The craftsmanship of detailed hand embroideries adds to the uniqueness of Maria Aristidou’s fabric collections for the couture evening and accessories.

The process of fabric production for each collection starts from the very beginning.  Yarns such as wool, viscose, lurex, cotton, silk and velvet (depending on the season the designer works on) are ordered from Paris and Italy.  Then, a series of patterns, first designed on paper, are passed on to the computer knit programmer to be then processed by the programs set for the knitting machines.  What follows is a series of testings to establish which yarn will be used on which machine and for which pattern, how thick or thin the fabric will be, color sampling combinations, hand-embroidery design testing, quality and durability checks etc. The only fabric that is actually bought, and not produced by the designer, is the lining needed for each garment.

Once the desired patterns are developed, and the fabric samples are finalized and tested, the fabric production takes place.  That is, cutting and sewing (with finishing done with knit trimming on each piece of the garment) along with hand embroidery.

All production takes place in Cyprus.