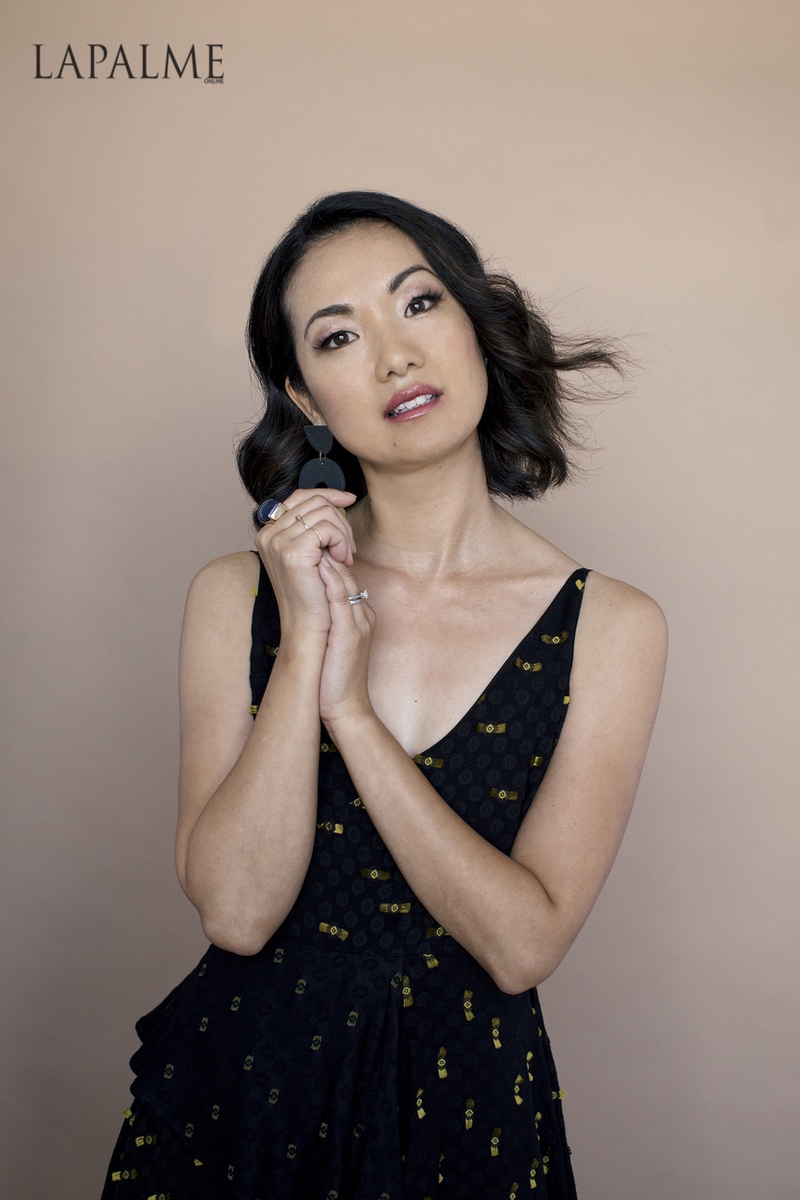 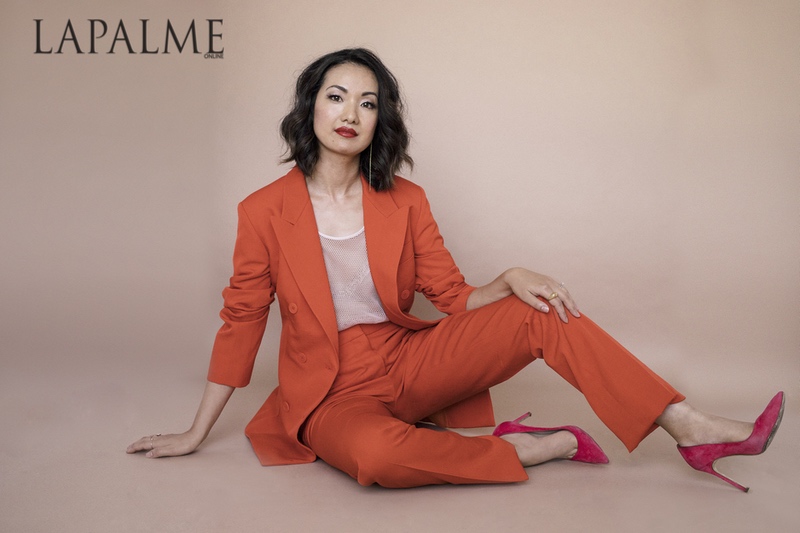 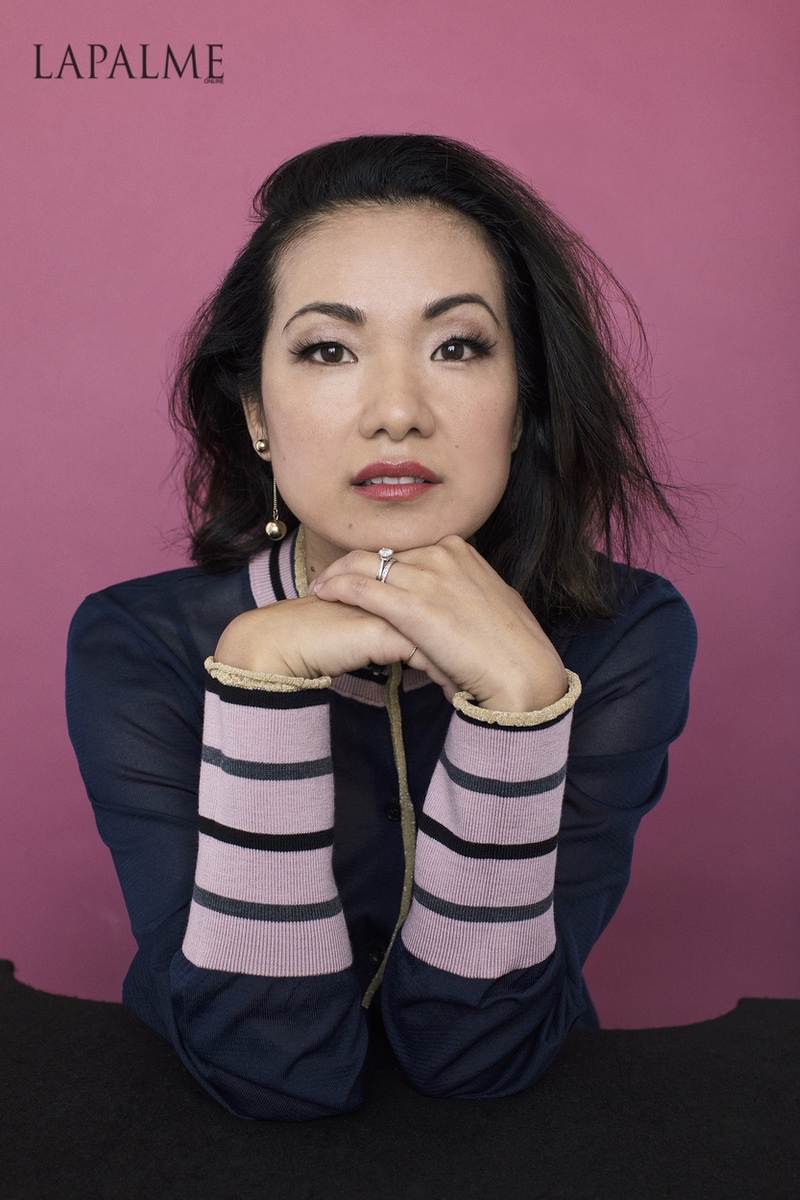 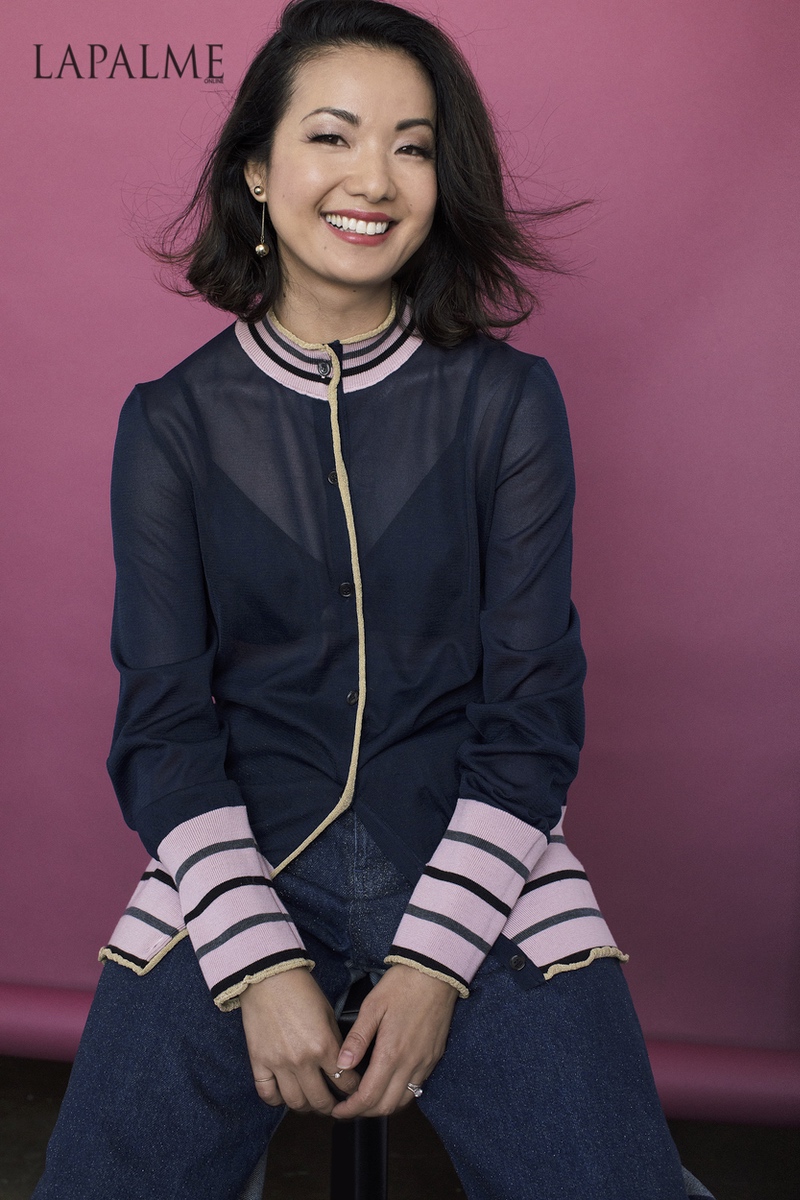 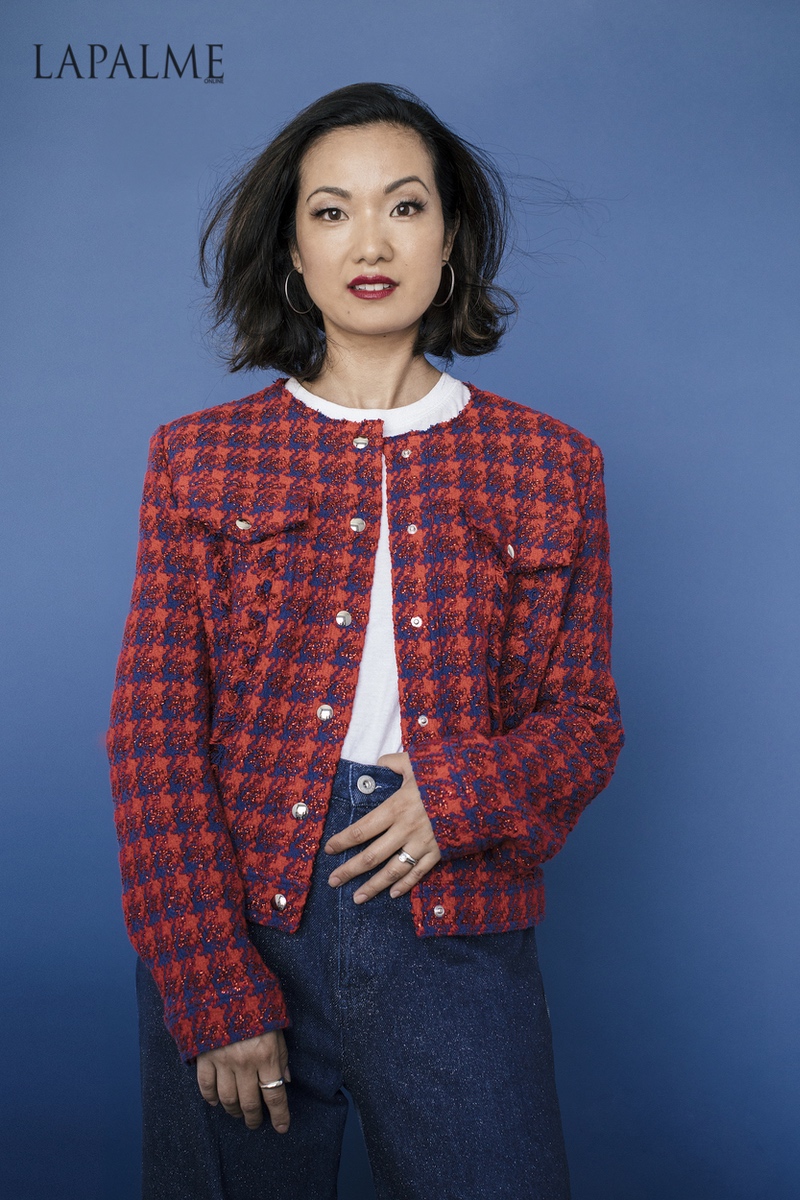 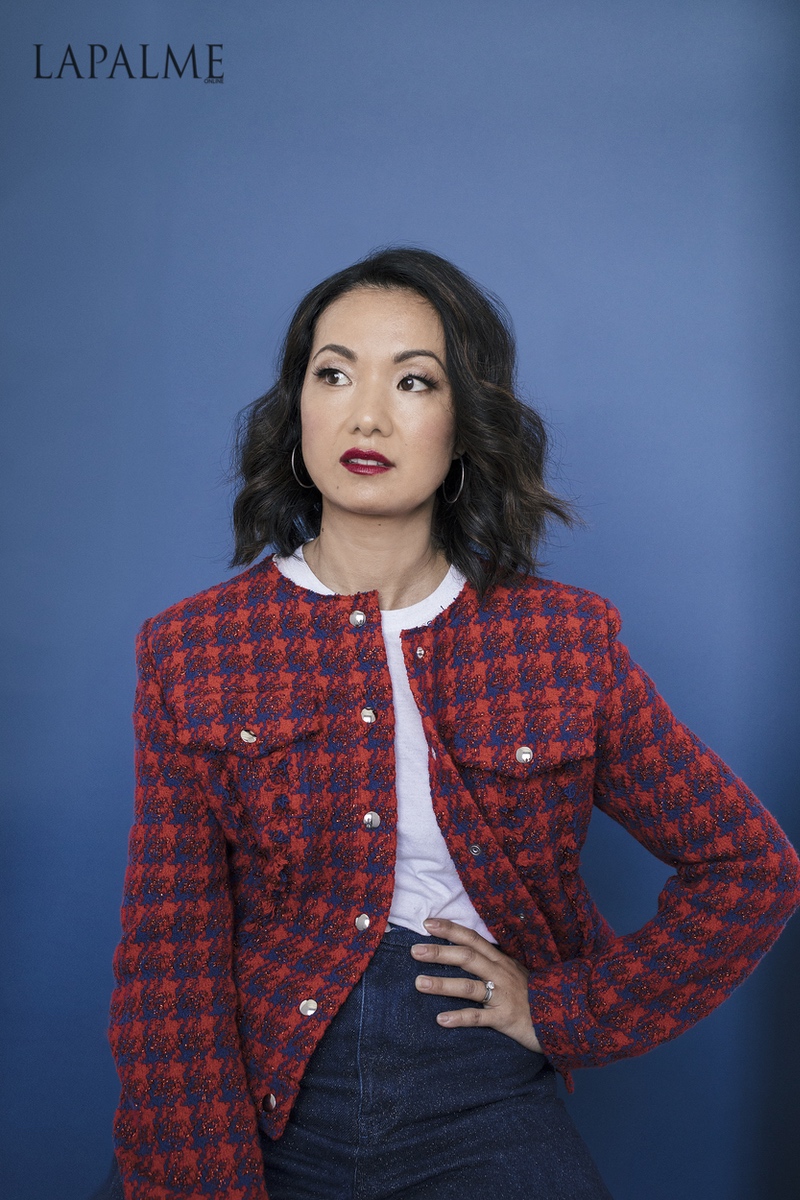 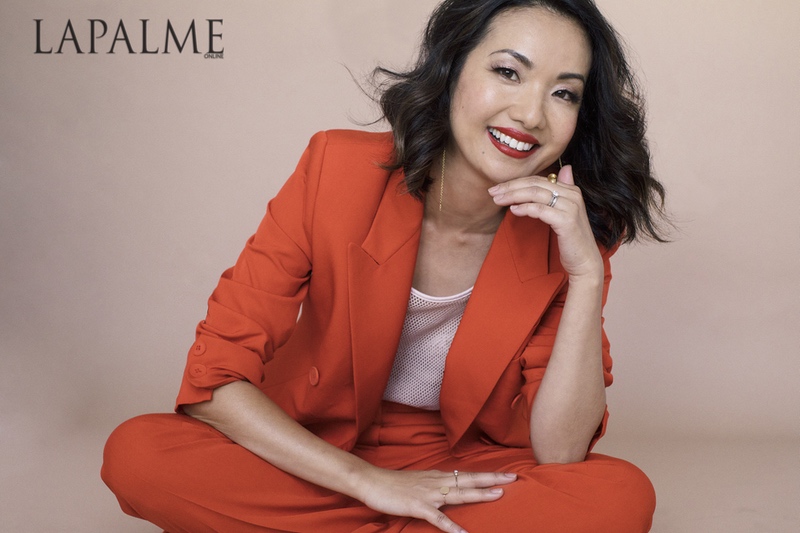 We are so ready to binge Friends from College on Netflix this month! But before we do we’re getting to know one friend an little more. Jae Suh Park was born in Seoul, Korea, as the middle child to an older brother and younger sister.  In 1980 her family relocated to the United States where she was raised in Lodi, CA.

As a painfully shy child one wouldn’t expect Jae to gravitate towards the spotlight, however such was not the case when she was given the opportunity to portray a dinosaur in the second grade.  She enjoyed playing the character so much that she knew in that moment she was destined to be an actor.  Given her bashful nature it wasn’t until college that Jae developed the courage to take an introductory acting class, thus paving the way for a myriad of roles on screens both big and small.

Previous credits include feature films such as THE MEDDLER (opposite Susan Sarandon, Rose Byrne, and J.K. Simmons) as well as television roles on HOW I MET YOUR MOTHER, NCIS: LOS ANGELES, ADAM RUINS EVERYTHING, ABC’s UNCLE BUCK and DR.KEN, and THE MINDY PROJECT amongst many others.

Aside from her work on-screen, Jae Park is a tremendous advocate for the environment and all things organice and incorporates GreenBeauty into her daily routine by using all organic, natural products. She’s also quite mindful of what she consumes and has even gone as far as to purchasing a home with a reverse osmosis water filtration system.

Jae additionally has partnered with Best Buddies, a non-profit organization that gives a voice and creates opportunities for individuals with intellectual and developmental disabilities. She’s quite a beautiful human inside and out and seeks to continue using her voice and position for the greater good. As if she wasn’t superhuman enough, she also plays the part of mom to daughter Ruby whom she shares with hubby Randall Park, star of ABC’s FRESH OFF THE BOAT.

For the upcoming season of Friends from College, what is the funniest/craziest thing that has happened to you on set?­­­­

There was this one scene where we smell something terrible and Nick Stoller told us to go around a circle and make gag sounds. For my character, he gave me the direction to make an adorable puke sound. No one could keep a straight face whenever I made that sound. I don’t know how many times he made us go around that circle. To be honest, I have no idea where that sound came from. And I’m not sure it will even make the cut but it was fun.

How do you most relate to your character Marianne the most?

I do relate to her zen like attitude towards life but I do believe in a lot more traditional things such as marriage and RSVPing to weddings. I also relate to the love she has for her friends and making sure everyone is ok. Classic middle child syndrome I suppose.

When you started filming, did you have PTSD about your experiences in college? If so what were they?

Well I definitely remembered the heavy drinking! Also, making a lot of mistakes. I remember feeling lonely and awkward during my first two years. It wasn’t until the third year that I found my great group of friends in the theatre department. It really turned things around for me. It just goes to show you how important friends are.

We are so excited for Season 2 of Friends from College hitting Nexflix? Can you give us any details on what we can expect to binge on?

You can expect a lot of changes for everyone. You can still expect a lot of the same crazy. We’re still not perfect and not always the best to each other, but the love is still there as well as the immaturity.

The chemistry with your cast mates is so genuine and real. Your castmates are also hilarious is it a challenge to film without breaking character or do you bounce off ideas with each other?
Definitely both. We’re constantly laughing on set. They are such great actors and improvisers so there’s a trust there. We’ll just run with whatever is presented and that can be so much fun.

I love that you’re environmentally friendly! Can you give me a couple of tips on things we can do to our daily routine that can improve the way we treat the environment?

Not surprising, but I heard that LA has the worst air quality in the US, mainly due to auto emissions. Most of us have to drive to work and if you can’t go out and by a cleaner vehicle or carpool every day, I heard of a clever way you can help lessen the emissions from delivery trucks at least. Most of us love on-line shopping. Who doesn’t love Amazon Prime? So one way you can help is to not just order one thing. Resist the urge to order one box of paper clips and bulk your purchases!
I’m such a brick and mortar gal though. Shop local and support businesses that are conscious. For example there’s a wonderful salad bowl place called Sweetgreen and not only is their food organic and delicious but everything that’s found in the place is compostable. So you can throw away your fork and bowl and let them do the work for you. And so much of pollution is a result from animal farming. You don’t have to become vegetarian but you can eat less meat. Meatless Mondays!
Also, invest in a bidet. You use so much less toilet paper.