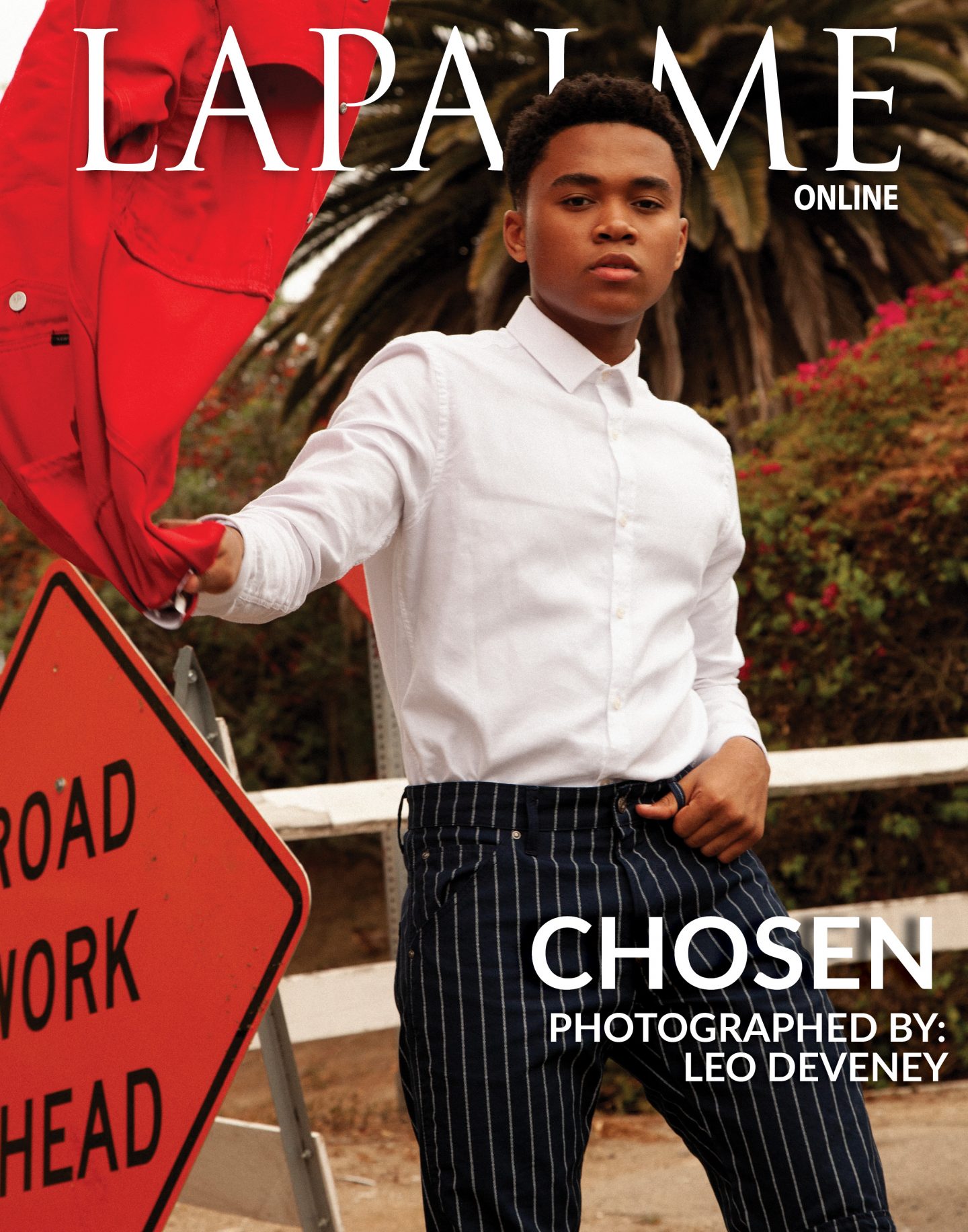 Chosen Jacobs is new to the Hollywood scene but is definitely a rising star to watch.  He was recently on the silver screen in the highly-anticipated horror film “IT”, based on the popular Stephen King’s novel. In the film, he portrays the character of Mike Hanlon, who becomes a member of the Losers’ Club, the group of young kids the film is centered around. He also had the opportunity to have his song called “Losers” that he wrote and produced placed on the “IT Movie Playlist” on Spotify.

Fans of Chosen can catch him on Hulu’s “Castle Rock” which is produced by J.J. Abrams and writer Stephen King in a recurring role as Wendell Deaver. The show is based on the stories of Stephen King. The series will intertwine characters and themes from the fictional town of Castle Rock. Fans of the show should be excited to know that it has already been picked up for a second season. I had the chance to chat with Chosen to talk about his new show and what we can expect from him next! 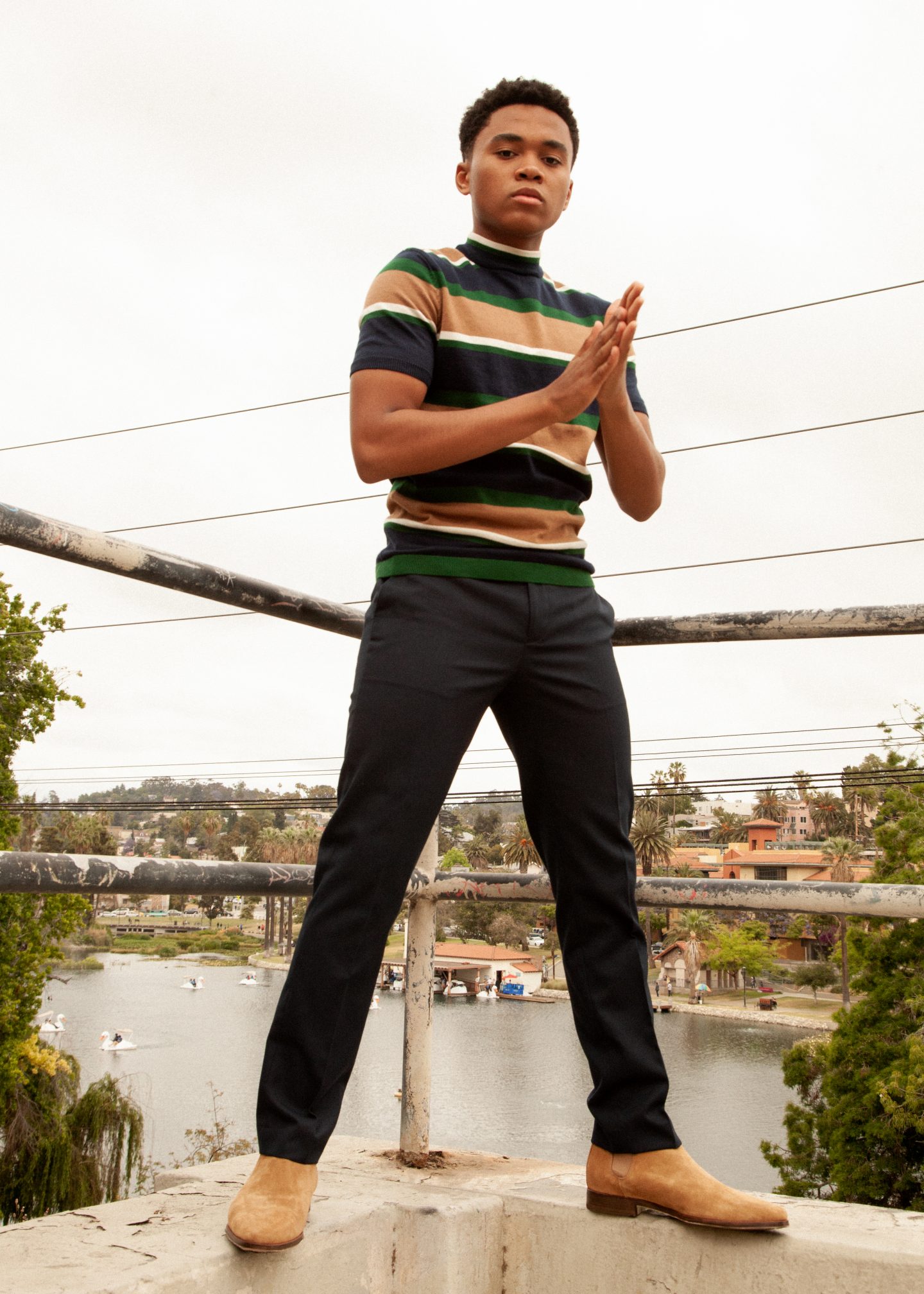 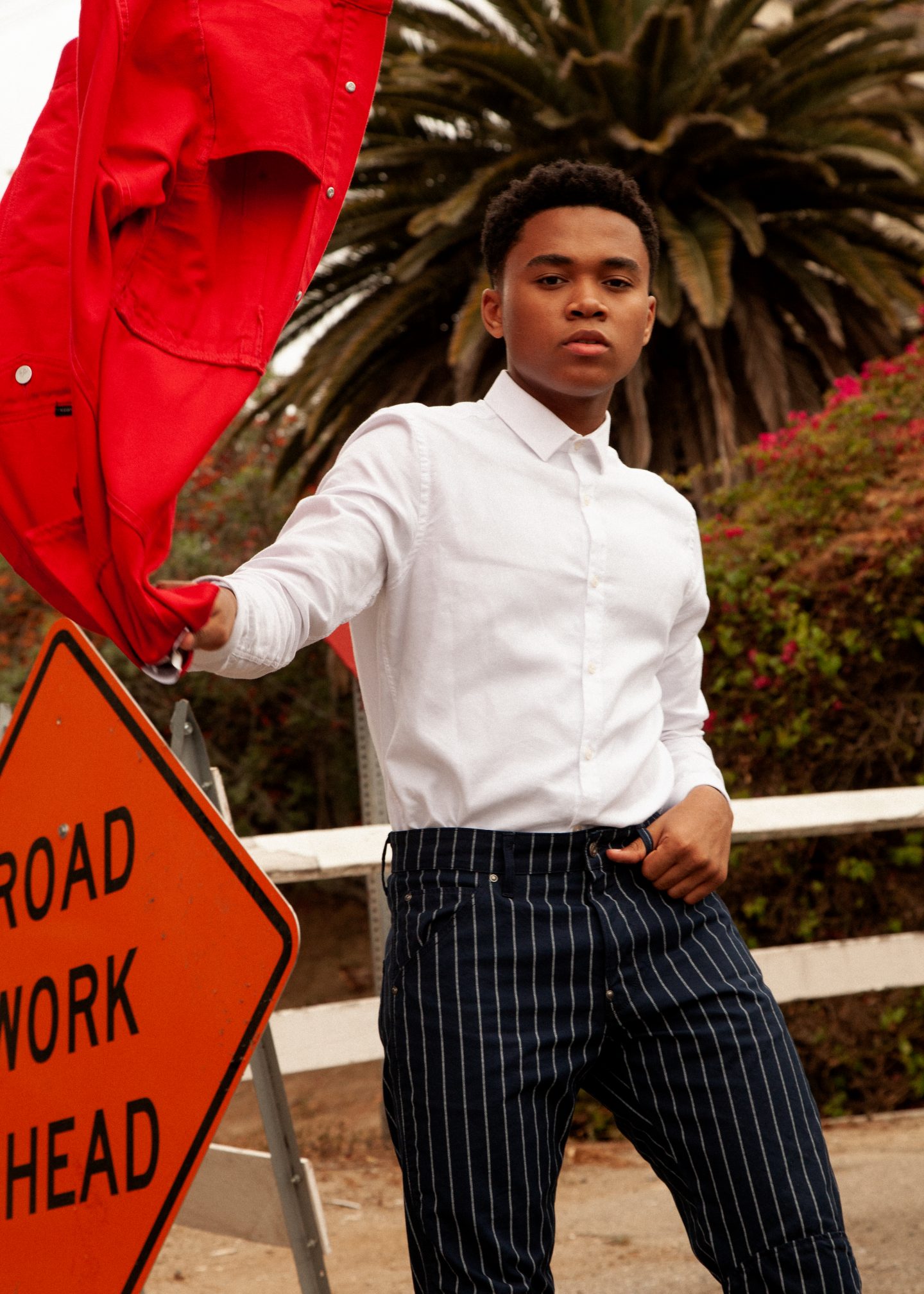 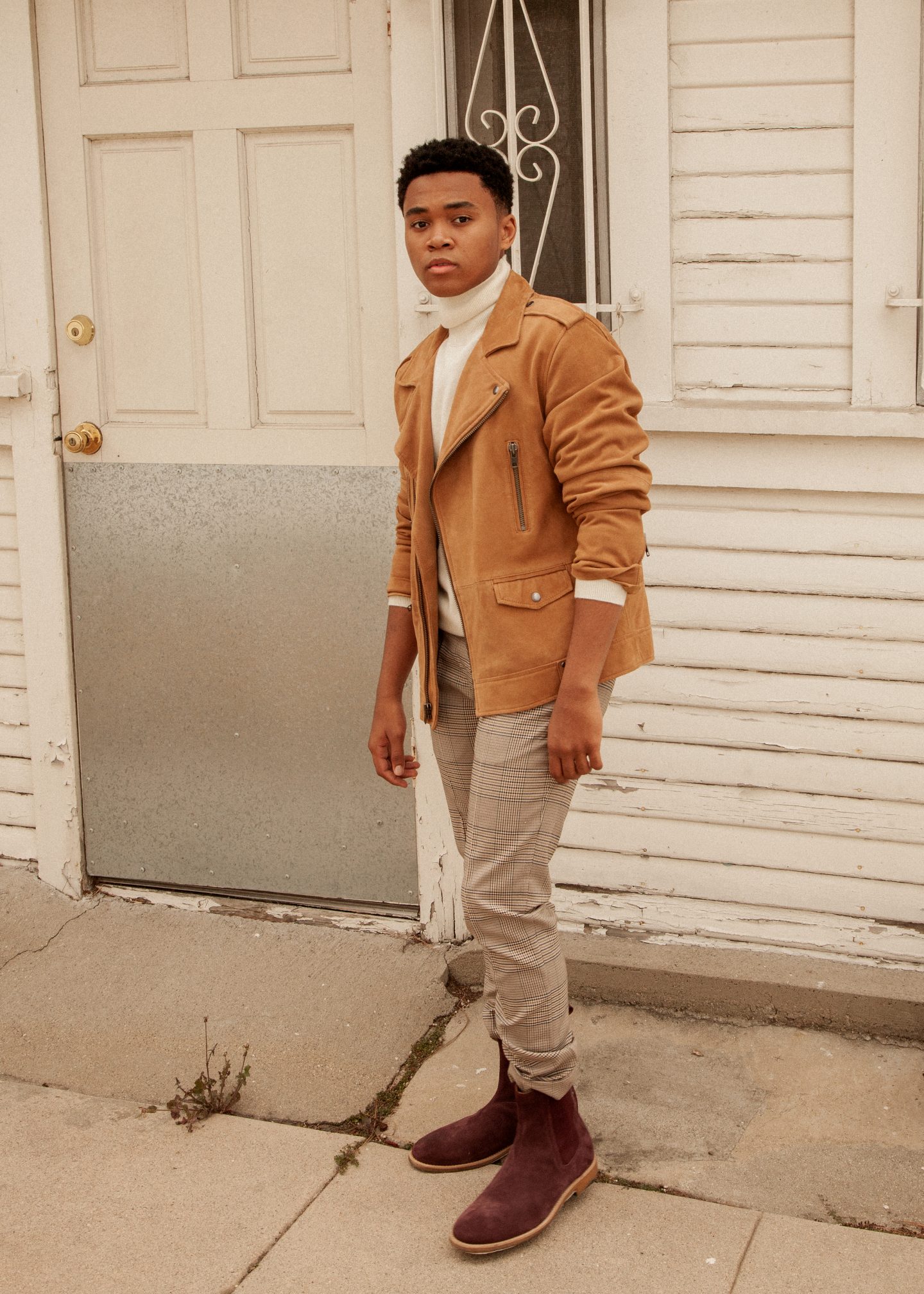 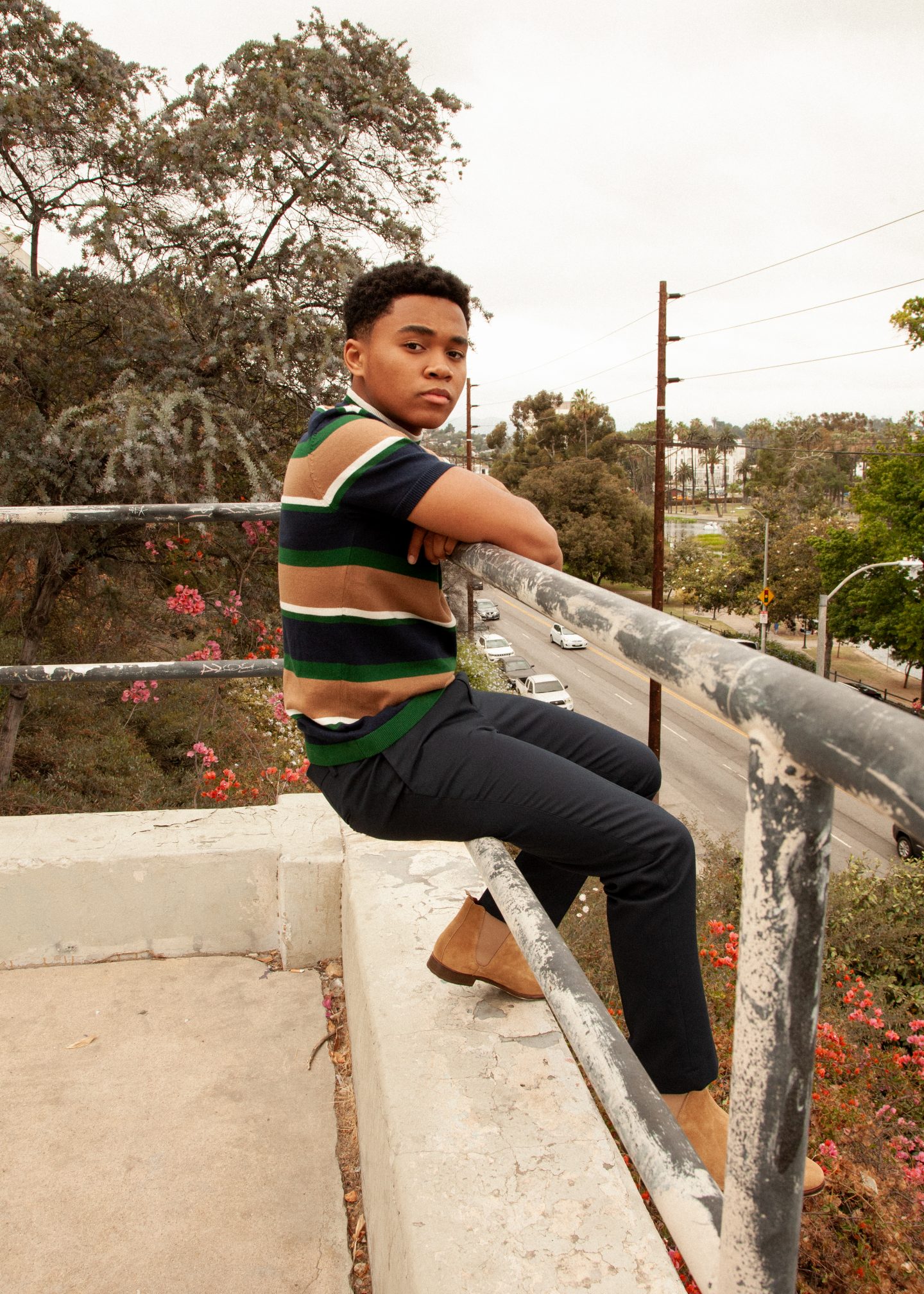 How do you most relate to your character, Wendell on Castle Rock?
I relate to Wendell because he possesses this common thread of wanting to be loved and accepted by his family which I believe that most people can relate to.

Funniest/craziest thing that has while filming Castle Rock?
The craziest thing that happened during filming was the late night and early morning shoots. Oh my goodness!  Massachusetts is definitely a beautiful sight to see during a fresh snow fall, but it is freezing cold when you’re shooting a scene in that natural environment!  We were shooting through the months of late fall and early winter and I’ll always remember and cherish those memories of sipping hot chocolate, collecting as many pocket warmers, and standing by the heaters to keep my nose warm!  You definitely feel fully alive and have to pinch yourself because you can believe that this is your life!

Castle Rock is a crazy show what is it like to be part of a horror series? Do you ever get creeped out on set?
It’s such an honor to have another opportunity to live in the magically mystifying and brilliant world of Stephen King! I feel truly blessed and embrace each character for their differences. I have had the opportunity to work with an amazing actor like Andre Holland, Bill Skarsgard, and Sissy Spacek; and learn from them while creating great memories.

I surely did get creeped out on set!
The locations that were selected and objects that were used to decorate the sets, made you feel like you were in “Stephen Kingdom”. The settle movements, facial expressions of the actors, or delivery of a line when shooting a particular scenes; definitely creeped me out at times!

You’re in It Chapter 2 can you tell us what life has been like on set or any interesting details?
I’m very excited to be working on IT 2 but unfortunately I can’t give any details at this time.

Know by some of my friends as the Chosen one.

Best advice you ever received?
The best advice I’ve personally received is to stay true to yourself, God and be thankful for those who believed in you and have been by your side. I would not be the young man that I am today without God, my mother, and the many people who have supported my dreams and ambitions!

Tell us something about you that not many people know? Or might find surprising?
Many people may be surprised that I have a huge passion for basketball. If I wasn’t into the arts, I definitely would’ve pursued basketball.  But I’m very satisfied with my career choices, lol!!