Home » Lewis Tan is “Shatterstar” in Deadpool 2 in Theaters Now 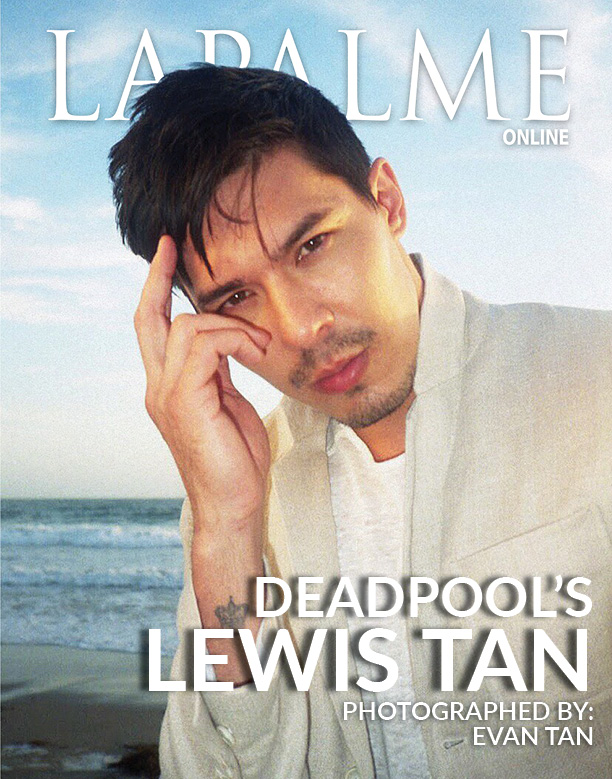 Catch Lewis Tan in the much-anticipated role as Shatterstar in the Deadpool 2 in theaters now. You may recognize Lewis for his work in Into the Badlands, and Iron Fist, Hawaii 5-0. Though Lewis looks forward to playing male leads, and love interests bringing to life an action figure is in line with his life’s work. He began training in drama school at a young age while learning martial arts from his father. Lewis has studied Martial Arts for over 15 years, winning numerous competitions in various styles which it’s no surprise he is known for performing his own action sequences. He has also grown up on legendary film sets with directors such as Steven Spielberg and Tim Burton, which gave Tan an early love for the craft. We caught up with Lewis just in time for the premiere. 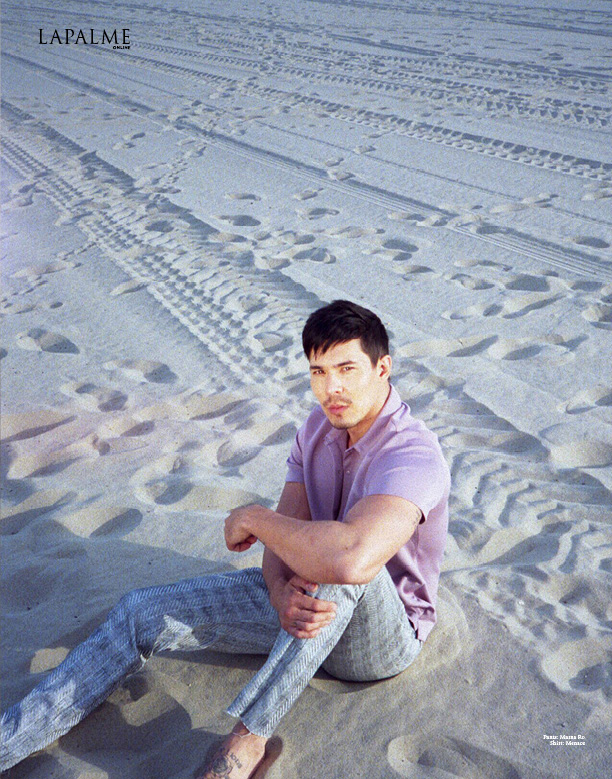 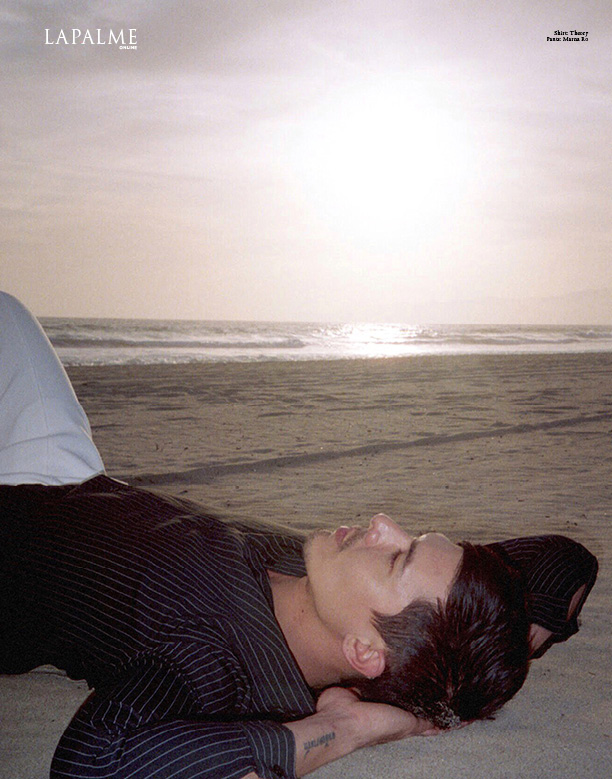 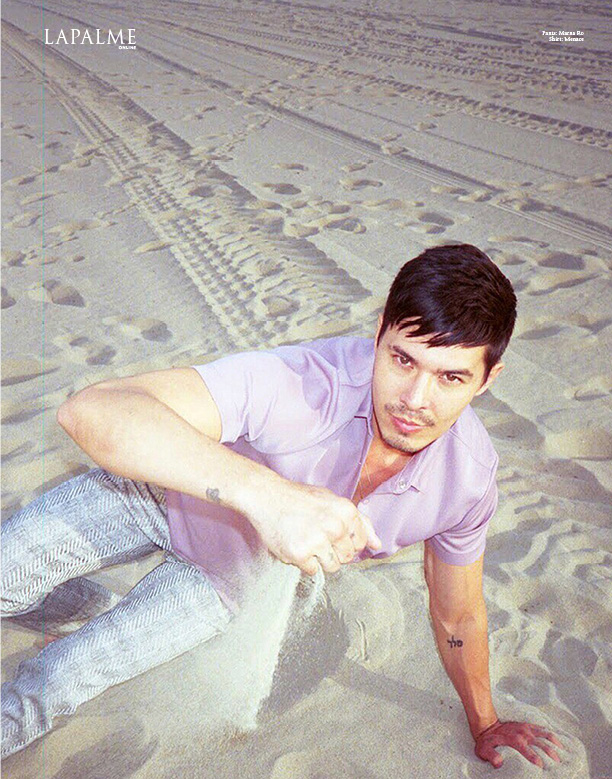 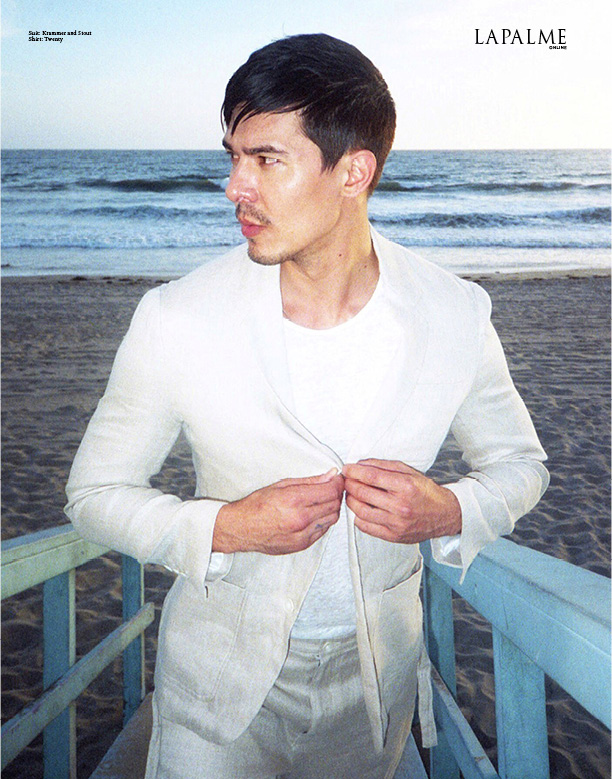 Did you read the Deadpool comics growing up?

I read Deadpool, X-Men, Dragon Ball, and a lot of Manga. I love them because they are like film story-boards, it’s a great middle ground between books and a film. You can still engage your imagination and play out a movie in your head. A lot of these comics are becoming films, it is a perfect transition.

Your character, Shatterstar, is bisexual in the comics, does his sexuality play a role in your portrayal of him?

Shatterstar has a very complex backstory, he is an incredible character to play, perfect for this modern time and something we have not seen on the big screen. In the Deadpool 2 film, you get introduced to the X-Force through the new adventure that Deadpool is on. I think to properly go into detail about Shatterstar and his love life, it would take a separate X-Force film that hopefully, we will get. There are so many levels to him and I embrace all of it.

How does the X-Force like to hang out when the cameras aren’t rolling?

The energy on set was really great, we had a lot of laughs and Ryan did a ton of improv so it was always fresh and hilarious. I think they created a chemistry that allowed everyone to feel comfortable and explore the characters. We all got along really well and I think that dynamically translates really well in the film. It isn’t always the case with films of this caliber but that is what makes Deadpool special. Everyone really cares about the tone and doing it right, especially with the pressure from the success of the first film. We are all really proud of the final product.

Deadpool has a signature brand of comedy, but can you share a funny moment that happened on set?

There were many. It was hard to keep a straight face in a lot of the scenes. When we were on the helicopter gimbal and it was shaking around, Ryan was yelling his speech to get us pumped up before we all jumped, he would stop after takes and pull out one of the Deadpool eyes from the mask and he would just be covered in sweat and trying to get air. Seeing that had me cracking up and hearing Terry Crews commenting on it just made it worse. I had a great time.

When you’re not kicking ass onscreen what can we find you doing?

I train a lot, in different styles of martial arts or with weapons, it is a form of mediation for me. It balances out my energy and puts me in tune with my body. I also love photography, watch a lot of films, collect Jazz and Blues records, take my dog little bear to the beach and do a lot of reading. My favorite thing to do is travel to a new country and explore, get lost and try new food.

Do you see the scope or roles in Hollywood improving/ expanding for Asian American/U.K actors?

I have been fighting for this in my career for many years and my father was doing the same before me and many others before him. Now recently, we are starting to see the landscape change. There are some films that broke boundaries and opened doors for the African American/Black actors (Get Out, Moonlight, Black Panther), but there are also some films that got a negative reception from white-washing characters or repeating stereotype stories. These things combined have birthed a lot of great new artists and opened up an opportunity for us to be represented across a large scale in a way that has never been seen before. We are entering a new era but there is a lot of work to be done. We have to see the wall come down for the future generations.

What kind of characters would you love to play?

Leading roles in well-written films with great directors and artists. Love interests, characters with depth, characters that explore the dark side of humanity, heroes, ones with heart, ones that challenge me to grow as an actor, ones that people can look up to. I want to be a part of telling powerful stories with a message.

How do you train for your action/ fighting roles? We’ve seen the bod and we’re gonna need some workout advice!

I train constantly so I don’t have to “prepare” for an action role. There will be some level of specialized training depending on the project and what style we are doing, but I keep my body in good shape to be fluid and adaptable when the time comes. I train different styles and different weapons, I like to be always learning, always a “white belt” mentality. Fighting in real life and fighting for film is very different, so I like to train for both. Martial Arts is an expression. It is an important part of my actions even if I am not doing an action role. You act with every part of you, your energy and body have a huge effect on your emotions if you are in tune with yourself you can express easier and deeper. My advice would be to keep the body shocked and learning new things, learn to be present and work your ass off.

Pasta and wine, Pasta with an “s”. Maybe I’ll eat a whole pizza. Maybe I’ll smash a tub of ice cream if I’m feeling really good. Life is about balance, you have to enjoy it. Don’t torture yourself, but don’t overindulge.

If someone hasn’t seen Into the Badlands yet why do they need to start it ASAP, and what can fans look forward to this season?

Into The Badlands is the best martial arts drama on American television, maybe ever. The fight directors Master DeeDee, Andy Cheng, Stephen Fung are legendary in the game. They worked on Kill Bill, The Matrix, Rush Hour, etc.. The landscape of Ireland where we filmed, was so grand and breathtaking. The set and costume design is unbelievable. The cast this season had a really great chemistry and everything this season is amplified. We really did bleed for this creation. You will see when you watch it.