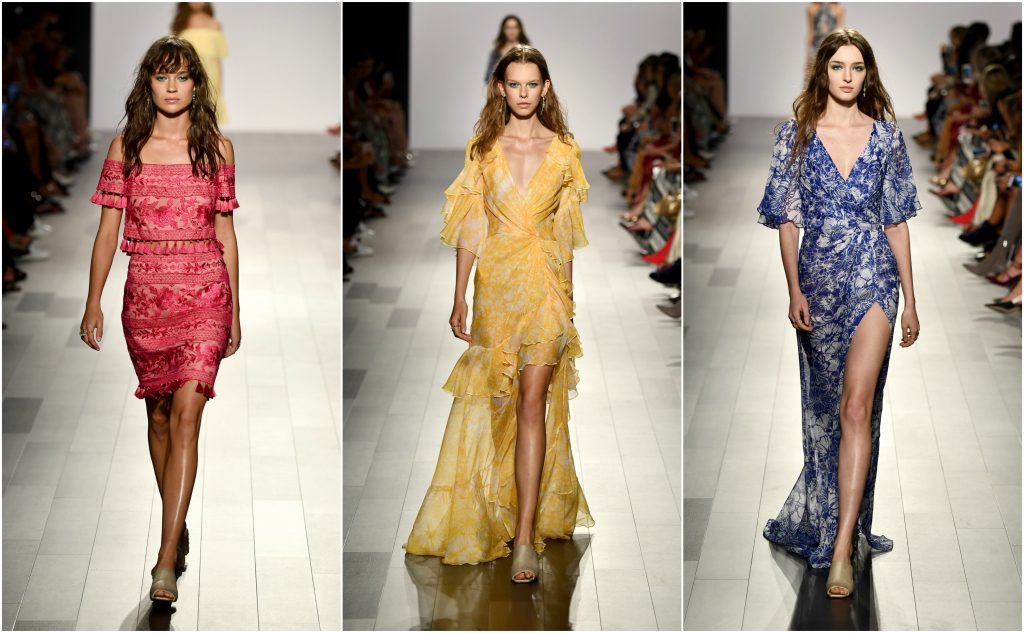 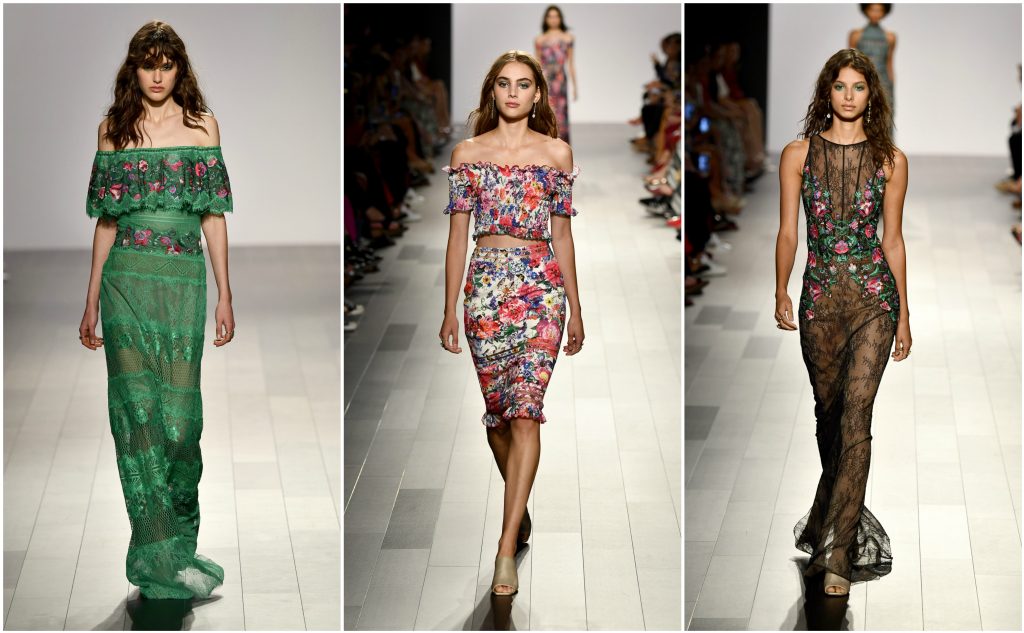 TADASHI SHOJI debuted its SS18 Collection on September 7, 2017 at New York Fashion Week at Skylight Clarkson Square, Gallery 1.
The Malibu sun is setting beyond the wave breaks. The sky is tinted in muted neons. With salty hair and sandy feet, it’s time to swap your board for your gown. Top down, cruise along the Pacific Coast Highway until the curtain of night is pinned by the stars. Destination: Los Angeles. A chance an invite from a friend takes you through rolling hills to a secluded enclave, nestled within a woodland canyon. Partygoers roll up, draped in gemstone colors – red jasper, jade, rose quartz, yellow opal, azurite, and agate. All are welcome – artists and musicians, bohemians and emigres. Where fame and fortune mix with wanderers and nomads. Where moguls mingle with children of the ocean. It’s the mystique of Southern California that draws them – days of possibility alongside nights of allure and beauty. Make your way to the courtyard garden, past the heady smells of night-blooming jasmine and moonflowers. Relax and unwind – it’s a Golden State of mind. 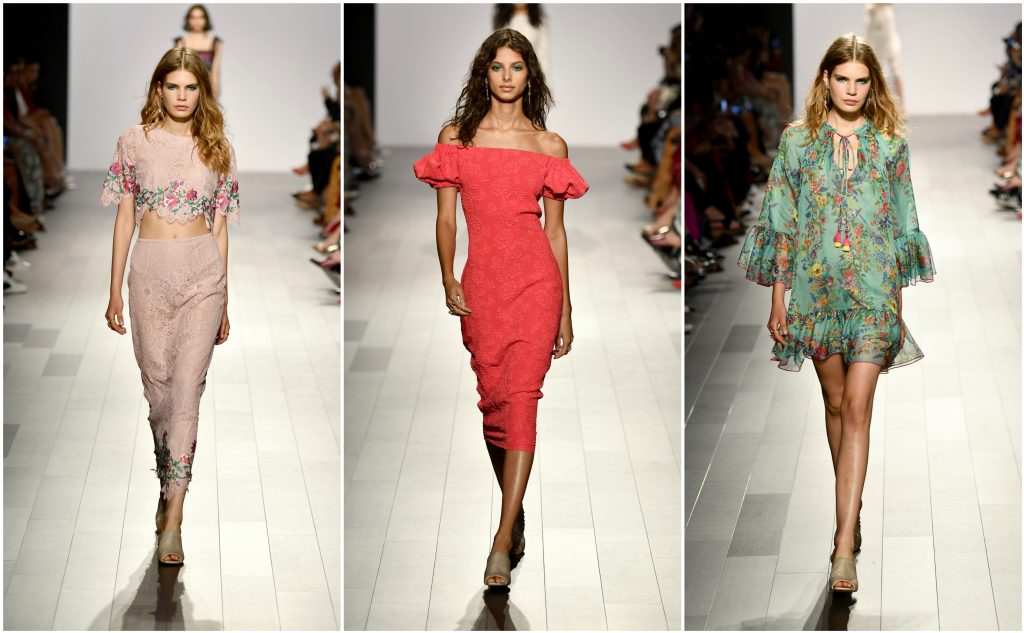 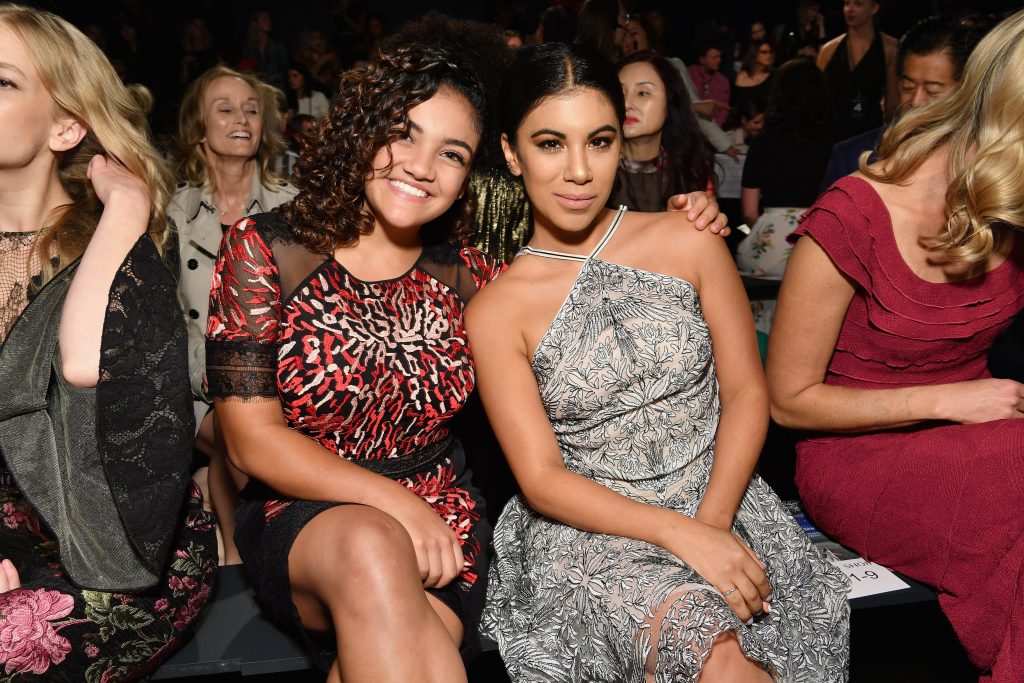