Home » CORINTHIA: THE JEWEL OF BUDAPEST 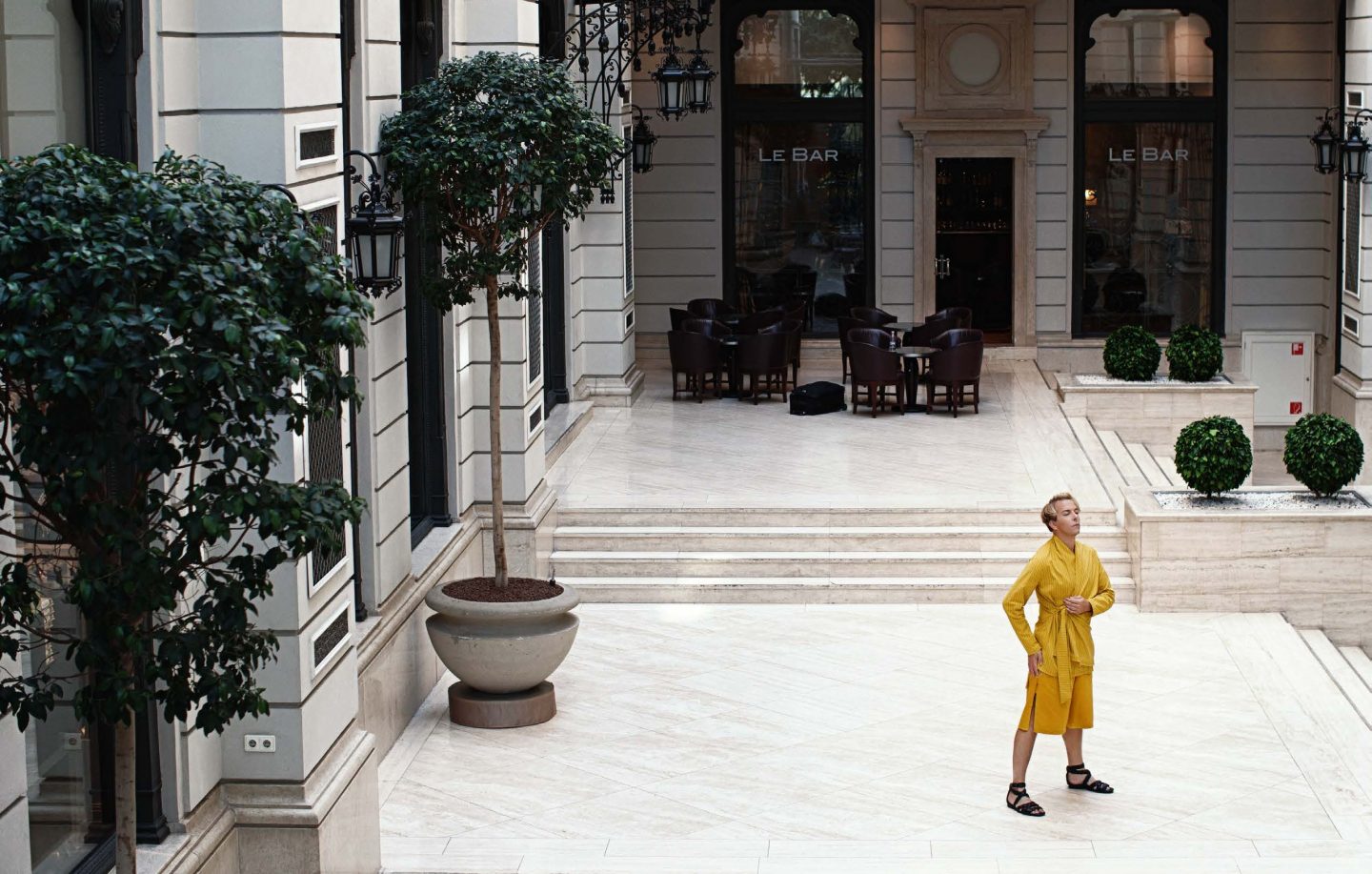 The perfect blend of old world opulence and modern classicism, The Corinthia Budapest is one of the most desired hotels in Eastern Europe. LAPALME magazine’s creative director and international style guru, Derek Warburton tells a tale of pure luxury within one of the most beautiful cities in the world.

The summer of my dreams is now a distant memory. I had never been to Eastern Europe but I had been asked to be the Style Ambassador of Feeric Fashion week in Transylvania and I couldn’t resist a full adventure. Eastern Europe, was a fantasy land of breathtaking architecture, the Orient Express and of course every coveted spy movie I had ever seen. When the opportunity came for me to visit Hungary and of course stay at my beloved Corinthia, my head was bursting with the possibilities of exhilarating adventure.

The Corinthia Budapest was originally the Grand Hotel Royal with its opening in 1896 as the hub of the 19th century international elite. The hotel has gone through many modifications to become what it is today. Best known for its gorgeous spa, the property has a sense of comfortable entitlement.

I am a regular guest of the Corinthia hotels. As many of our readers know that I have a special place in my heart for Corinthia Malta (as many of you read in our Fall ‘16 issue) and of course Corinthia London. But, Budapest has its own personality and an essence of a time gone by.

Although meticulously renovated, when the double doors swung open on arrival I felt that I was in a different world. The boldness of the marble in the lobby, its grand staircase that felt like Audrey Hepburn would be cascading in the famed red gown of Funny Face and the depth of the wood panels made me feel like i was in another time.

As i entered my room for the first time, it felt of great warmth. Like Corinthia London, each room had a charm of stark white sheets, golden hues offset from dark woods. My view was of a grand courtyard and a cafe below that was encased in glass to make everyday the perfect time to sit “outside” even with the unpredictable weather of Hungary.

One of most important moments of the Corinthia experience was the private tour with their resident historian and concierge, Santo. This gentleman made the trip. Santo has been with the hotel since the 60’s before it was even Corinthia. What I loved about the tour, is that the hotel had collages of the hotels history and much of the private photos from years past were actually of Santo from when he was a waiter in the 1960’s serving many of the VIP’s.

Not only is his personal history fascinating but he is a riot. Always cracking little jokes, he walked me through the grand ballroom, the back halls and of course the crown jewel of the property, the Royal Spa. The space has been renovated, of course, but is a remnant of the original hotel. Now called Espa, the hotel treated me to one of its relaxing facials. For anyone in the know, the Espa experience is one of the most renowned in the world.

Budapest will always live in my heart as one of the most beautiful cities in the world. The romance of the experience was ethereal, the history, the freedom of thought and possibilites was fantastical. But the bedrock of my grand experience was my wonderful stay at Corinthia.