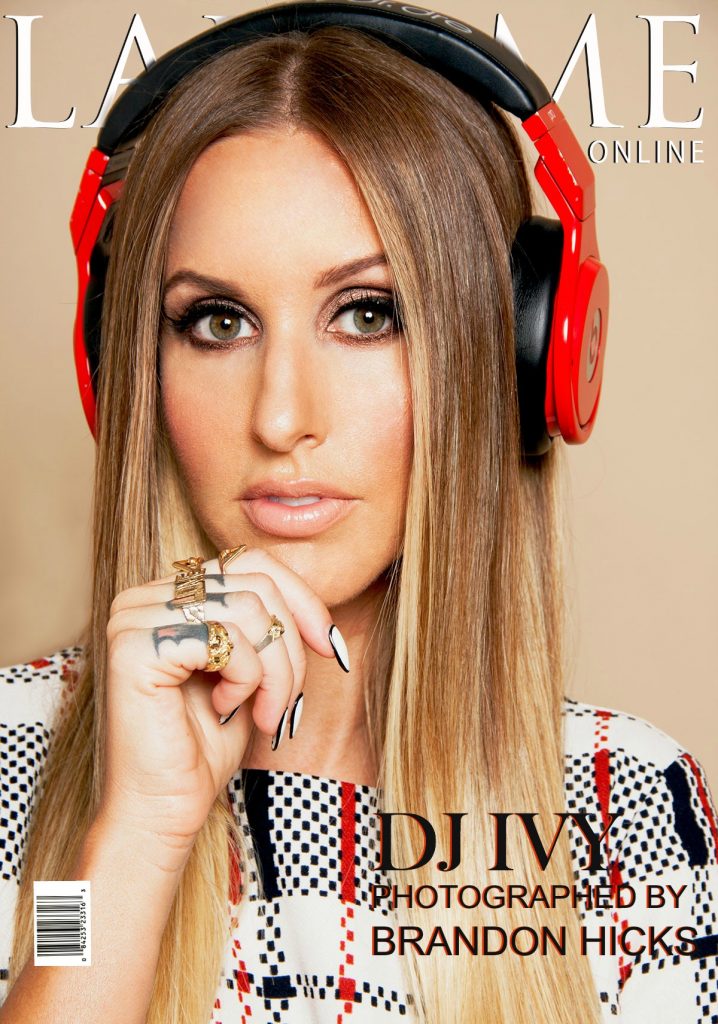 Hailing from the east coast and currently residing in LA, Halle Grano AKA DJ IVY not only was able to turn one of her passions into a career but two. When this young entrepreneur isn’t designing for the fashion agency LADYSMYTH she co-owns, you can find her rocking the decks weekly at various Hollywood hotspots.

Fashion design came first but while getting my BA as a designer, I also took on Djing as a weekly hobby and started playing local clubs and bars until I made the leap to LA and both fashion and music quickly became careers.

2) Music has always been a major part of your life, when did you decide you wanted to become a DJ? Were you intimidated because it was and still is a male dominated world?

I loved music since I was a little girl, but the first moment I really wanted to become a DJ was watching A-Trak battle at the Rock & Roll Hall of Fame live at a DMC Battle and it really made me love the art of scratching, mixing and cutting. I was probably 15 years old and I didn’t actually touch a turntable til the age of 21. I was definitely intimidated by the male-dominated industry but I didn’t see many female hip-hop DJs at that time, so that made me want to try it even more. Having support from my male DJ friends was vital for my success as well. I had to learn the ropes from the pros and put in a lot of work just to get to play for no pay back then. Now it’s a whole different ballgame. 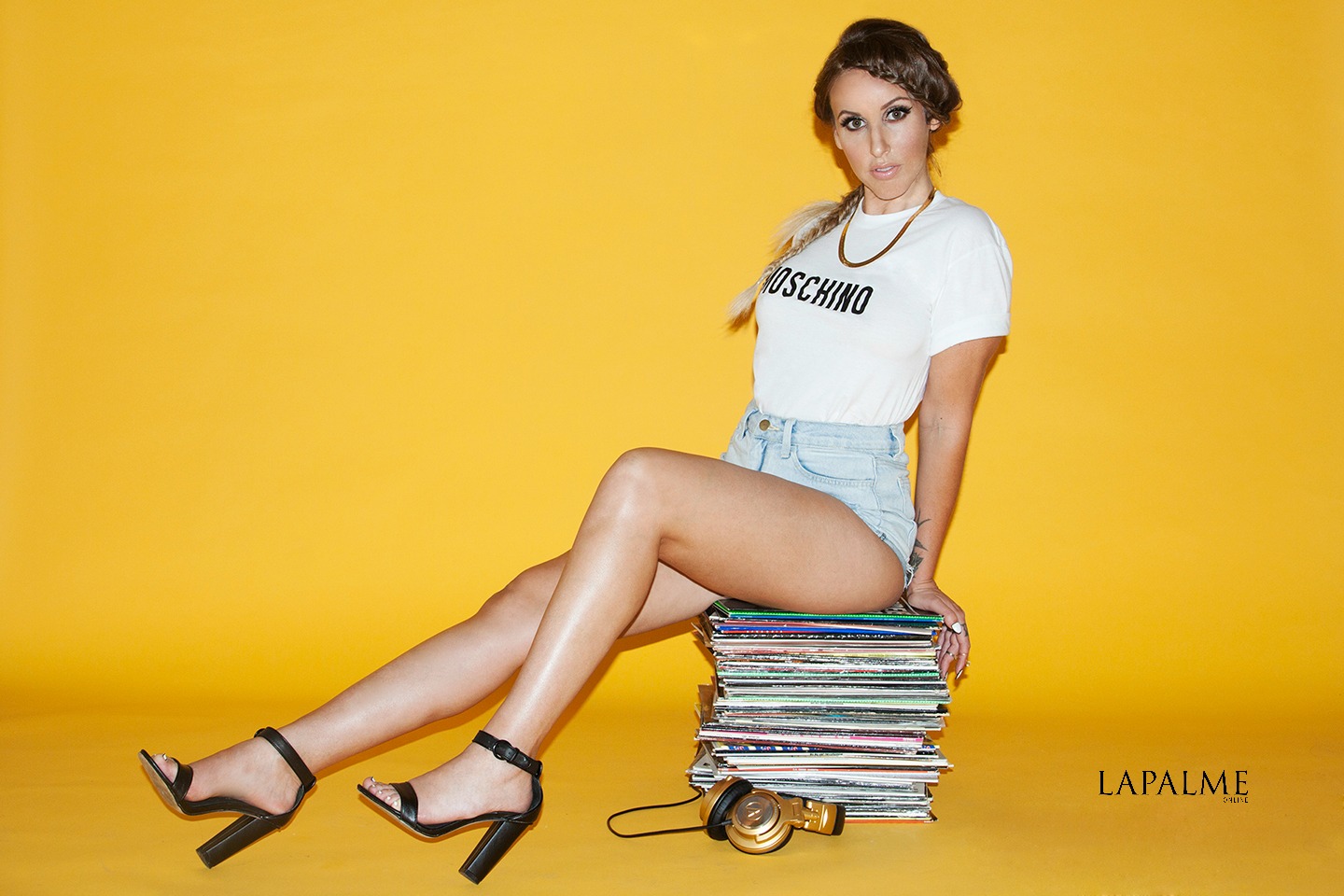 3) Fashion is not an industry easy to break into, how did you get started?

I attended a great college –University of Cincinnati, which is the home of a fashion program called D.A.A.P. (Design, Art, Architecture and Planning). It has  this amazing cooperative education program that requires you to complete 8 paid internships before you are allowed to graduate, so it really kicks your butt and makes you get into the field! I completed 6 of my 8 internships at Triple 5 Soul in NYC, and then moved out to LA and finished my last at Ecko Red. I had a talented mentor by the name of Geraldine Wharry (love her) that was the head designer at Triple 5, then moved to Ecko Red and Ripcurl. I was able to travel around and work with her because we made a great team and she really elevated my skills as a working designer in the industry and without her help, I am not sure if I would be as successful as I am today. Being able to have an extremely talented designer as a mentor that was able to hire me at various brands really helped me break into my role as a designer. I had to learn by doing and having the greatest hands-on experience possible.

4) Where did the idea of LADYSMYTH come from?

I was doing freelance design and production on my own for a few local brands and then my best friend from college and NY roomie, Shannon Weidel lost her design job in NY, so she moved to LA to see what she could find on the west coast. We linked up for lunch one day,  I told her what I was doing and thought we could acquire more clients with a partner and the rest was history (or HERstory rather, haha). We expanded our team to a bunch of ladies making clothing and running around the streets of LA– and somehow we landed on Ladysmyth as a name since it’s lady driven and we are like new-age blacksmith hustler babes of apparel. We have fun with it. 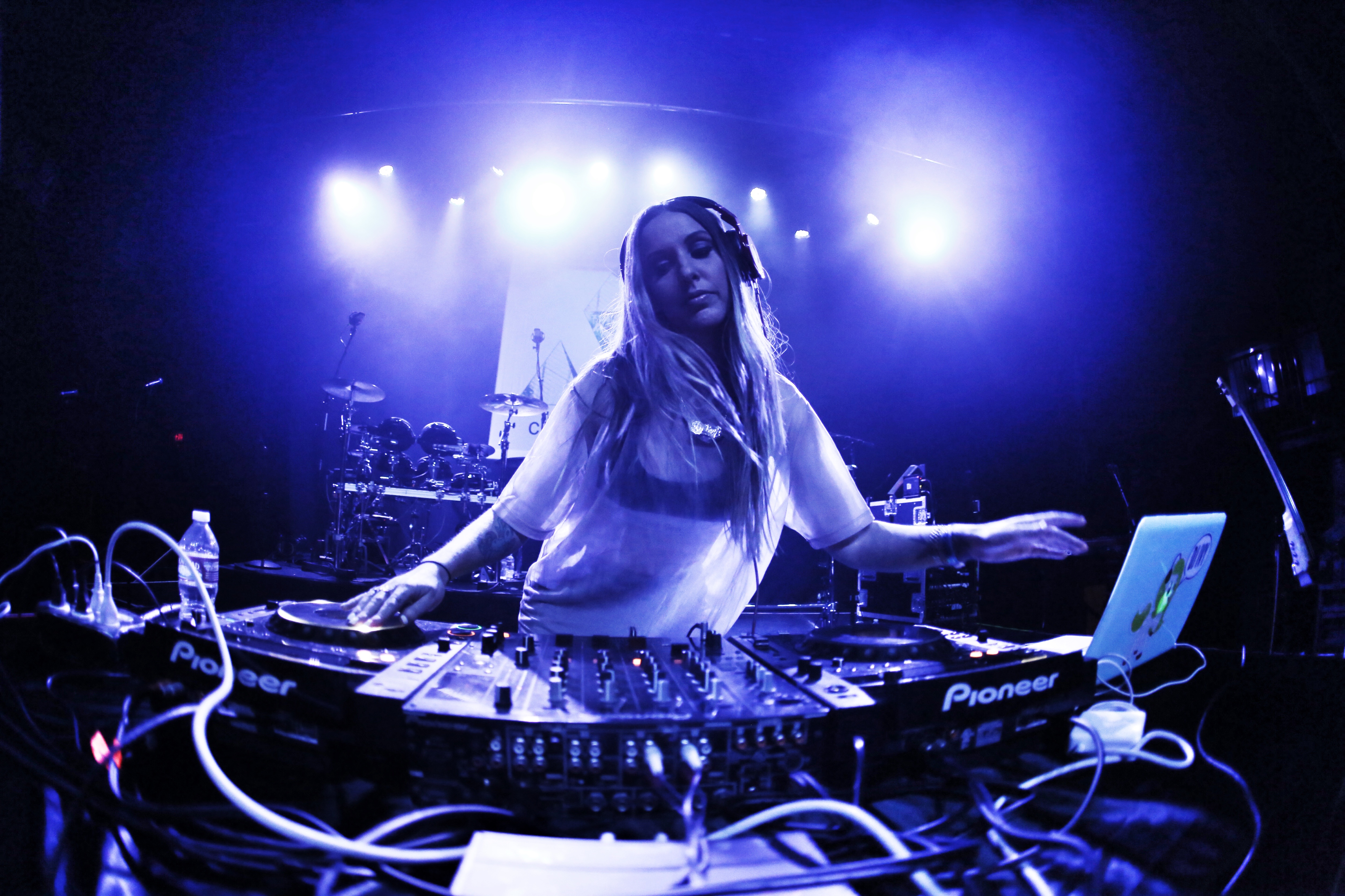 5) What would you say have been the biggest highlights since opening LADYSMYTH?

The first highlight that comes to mind is being able to do what you love and keep building an idea with your friends, and watch it actually become successful. Also keeping business local and supporting our fabric and factory worker friends so they can also support their friends and family is rewarding in itself, it gives us more of a social responsibility with a family-driven mentality, and that’s what we are all about. I know you want to know some fun press too but I felt creating your own path for happiness has been the biggest highlight thus far. We also had some cool projects with the Hammer Museum, Band of Outsiders, Joe’s Jeans and even made tees for Jennifer Garner and Ben Affleck’s kids! We’ve seen some of our product on billboards throughout Los Angeles and seen celebs such as Erykah Badu, Kanye West and Gigi Hadid in product that we made here in LA.

6) You DJ at some of the hottest venues in LA like Bootsy Bellows, The Peppermint Club and The Doheny Room, what do you like best about the LA music/nightlife scene?

Since I’ve played at clubs and venues all over the world, I have found that music discovery is the BEST in Los Angeles. Aside from being the home base to many new and old artists (many of which will end up at the clubs we are playing)– there is a different love for music here that I don’t feel anywhere else in the world. Also LA is the most welcoming to the new records and will dance to it as long as they are feeling your vibe, and most people will Shazam or ask what it is. Most other spots don’t welcome tracks if they don’t recognize them and sometimes you can clear a dance floor taking the risk. 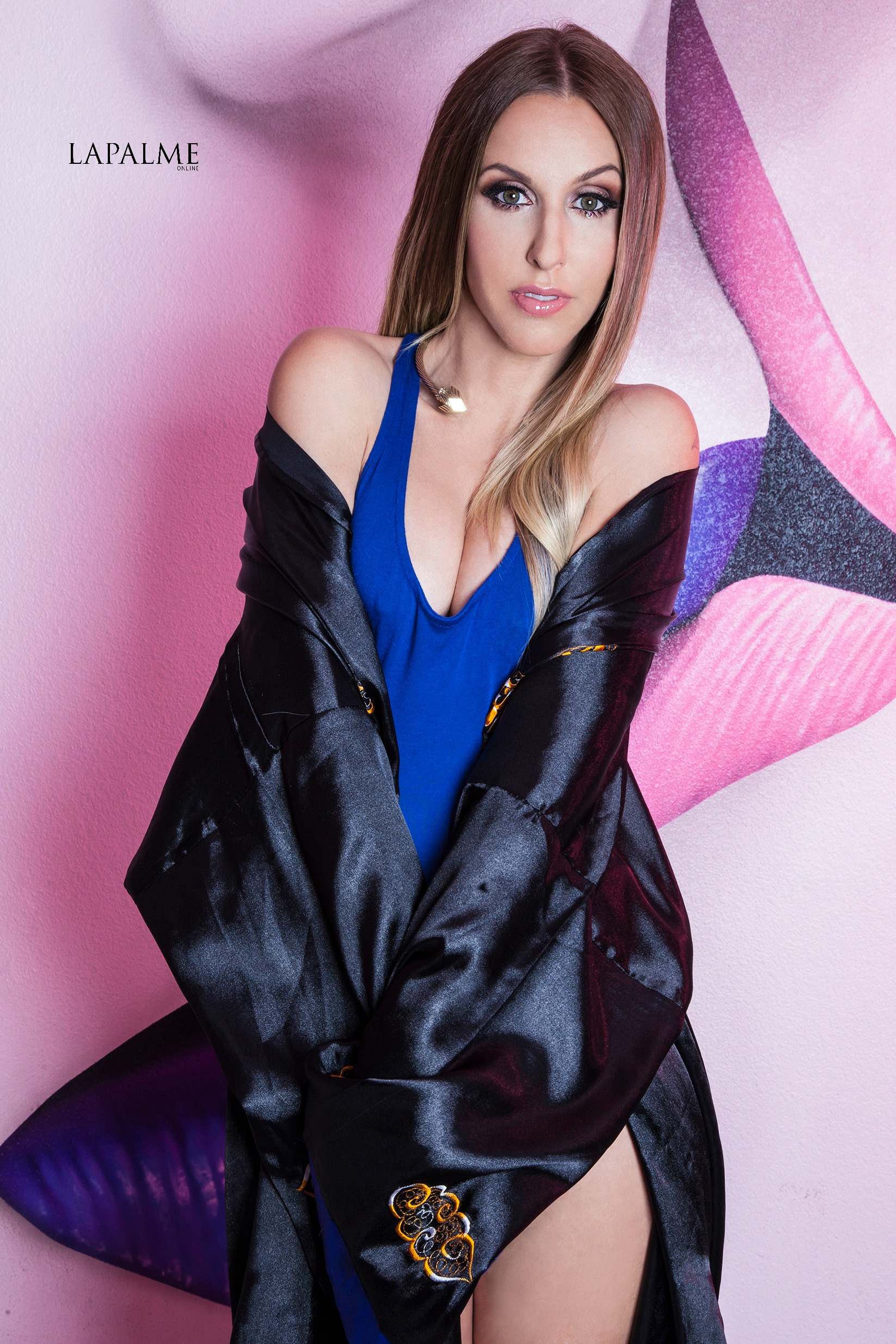 7) Not only do you get to live out both your passions, music and fashion, but you are able to combined them and have worked events for Gucci, Jimmy Choo and MTV. How does DJing differ at private events differ versus at nightclub?

Private events vary depending on the client for sure. If it’s a retail store opening or a collection preview, sometimes they can feel a bit slow or like no one is listening if there is no dancefloor. People tend to come up and say how much they loved the music but you don’t necessarily get to feel the energy since everyone is talking or drinking and fading into the background. At a club, you can see and feel the energy so you don’t even need people to say anything because it’s in your face. Both have rewarding moments in different ways but sometimes the private party can let you get away with more of an open-format sort of approach and you can play things you wouldn’t normally play in a nightclub and play records longer. Quick mixing and lots of risks is required to keep a nightclub poppin’.

I’ve also played some wild and crazy private parties that turned up as well, so I guess it just depends on who and what you are celebrating! I like both for different reasons. 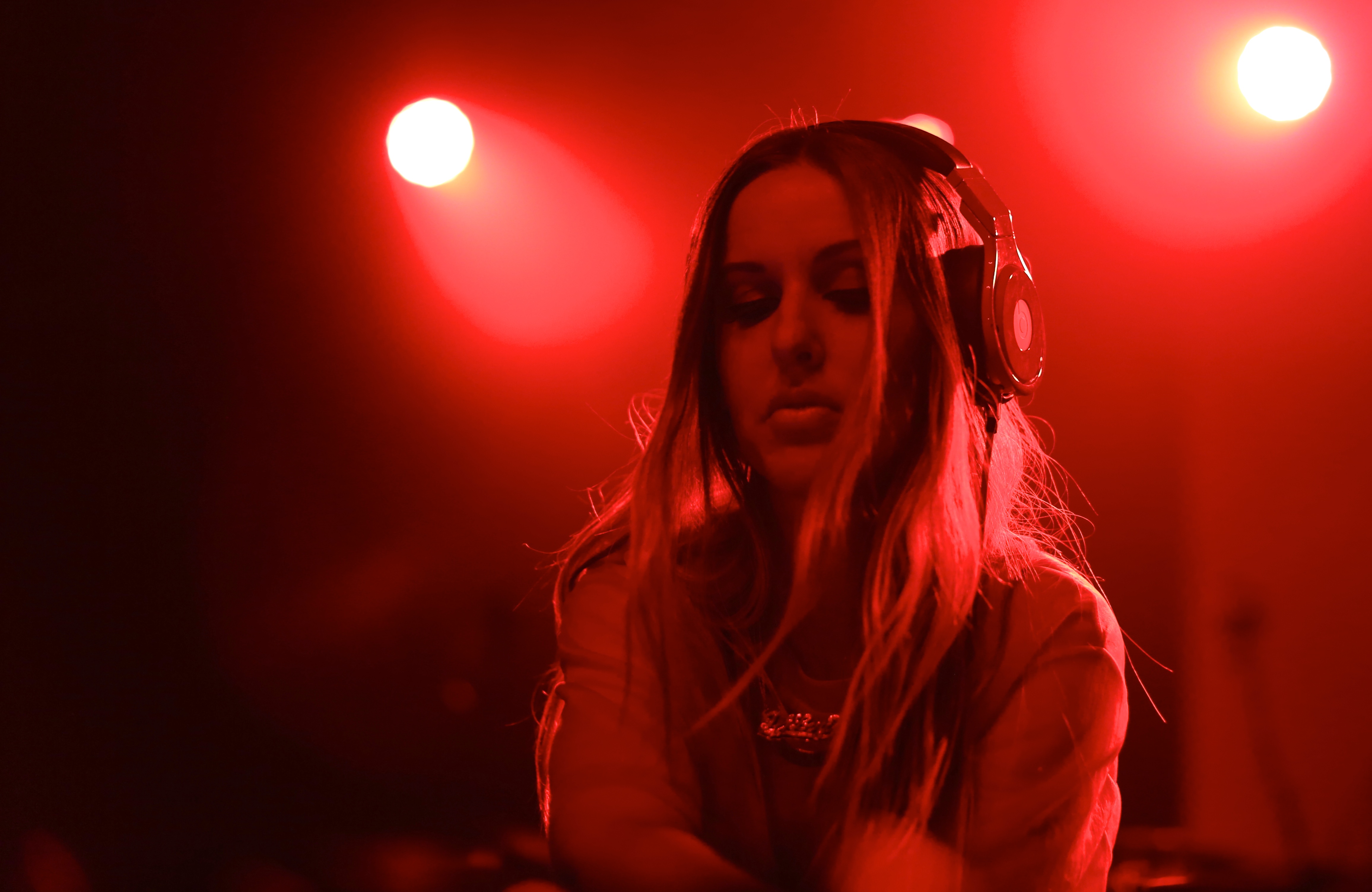 8) You also have been blessed to have DJ’ed for celebrities like Drake, Mary J. Blige, Black Eyed Peas, and Diplo –what party has been a career highlight for you?

Recently I got to play Jennifer Meyers birthday party (Toby Maguire’s wife) and lots of A-listers were there…Katy Perry, Jen Aniston, Courtney Cox, Leonardo Dicaprio to name a few. Orlando Bloom came up and asked if I could send him a copy of my set list, so that was pretty epic! 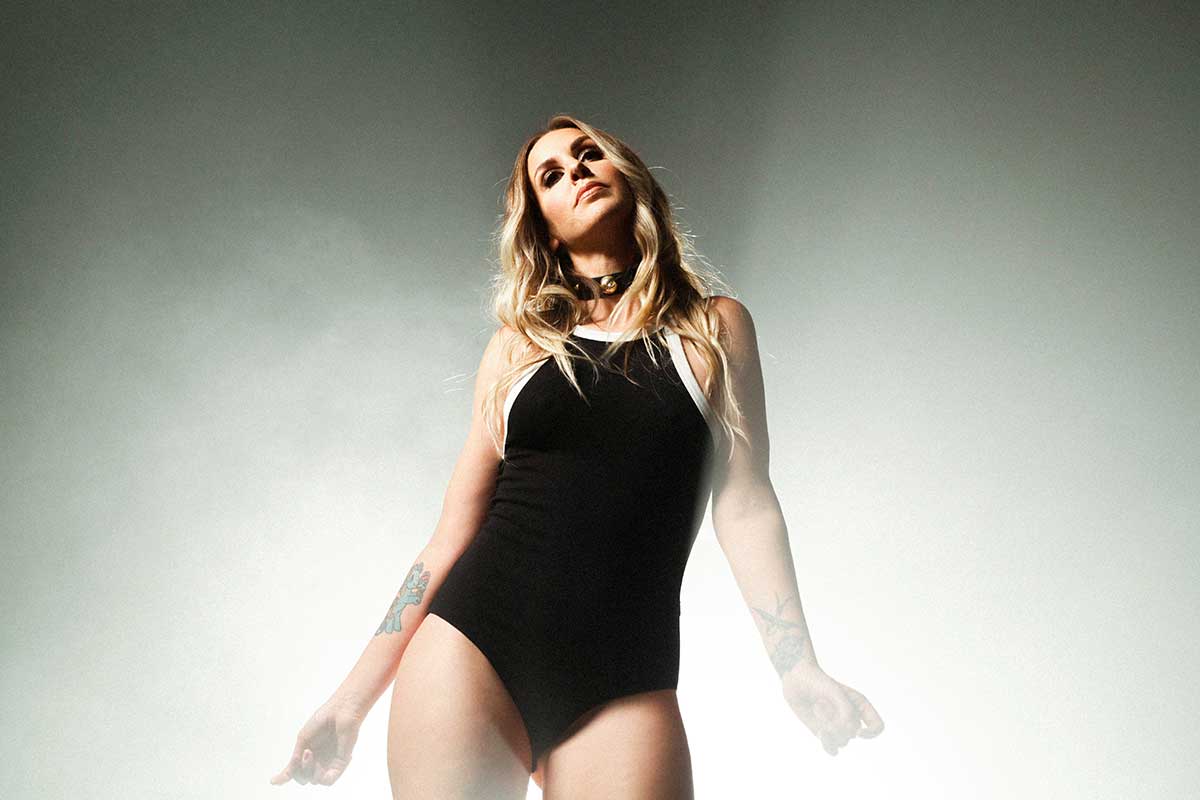 9) If you could DJ for someone dead or alive, who would it be?

I think Pharrell would be my dream because he would probably appreciate my music selection the most.

10) Leave us with one piece of advice.

Keep doing what you love without a paycheck in mind and down the line you will eventually get paid for it.