Home » ‘Just a Drop’ Can Make a Big Ripple on World Water Day. 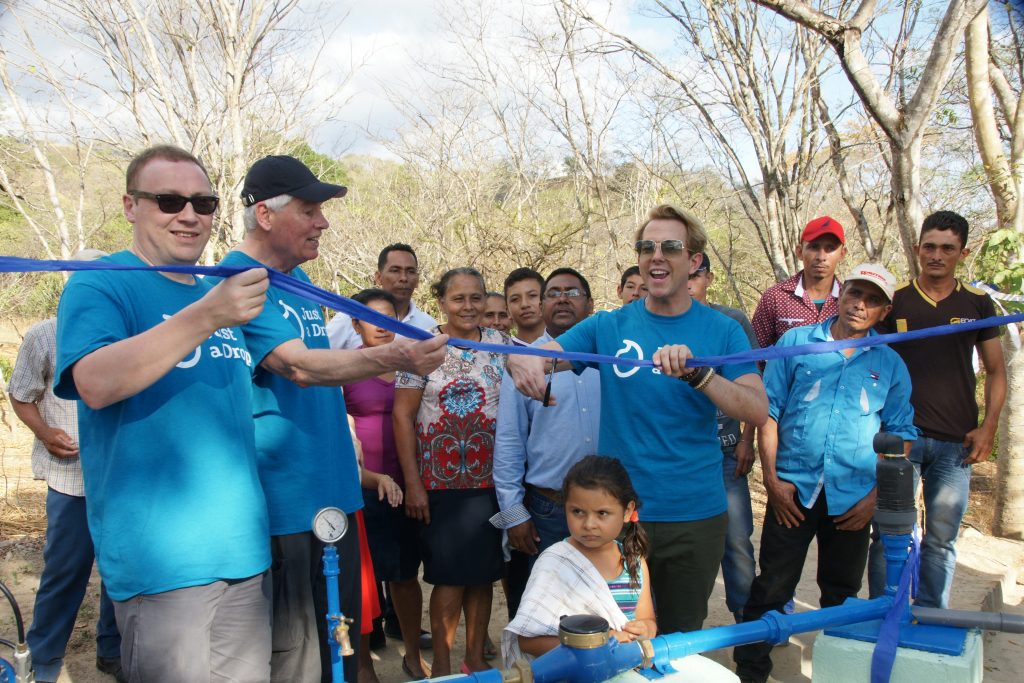 ‘Just a Drop’ is a simple concept with worldwide impact. They provide clean and safe water, sanitation and hygiene to communities in need across the world. You may have seen on news outlets and Social Media that last month Lapalme’s Creative Director Derek Warburton traveled to visit recently completed projects in the León region of Nicaragua as ‘Just A Drop’s’ Goodwill  Ambassador. To celebrate World Water Day I chatted with Brendan Hanlon, Head of Fundraising and Communications, about ‘Just A Drop’s’ work and how their sustainable solutions is changing the fabric of these communities in need resulting in more education, sanitation and healthier lives for the schools and communities. 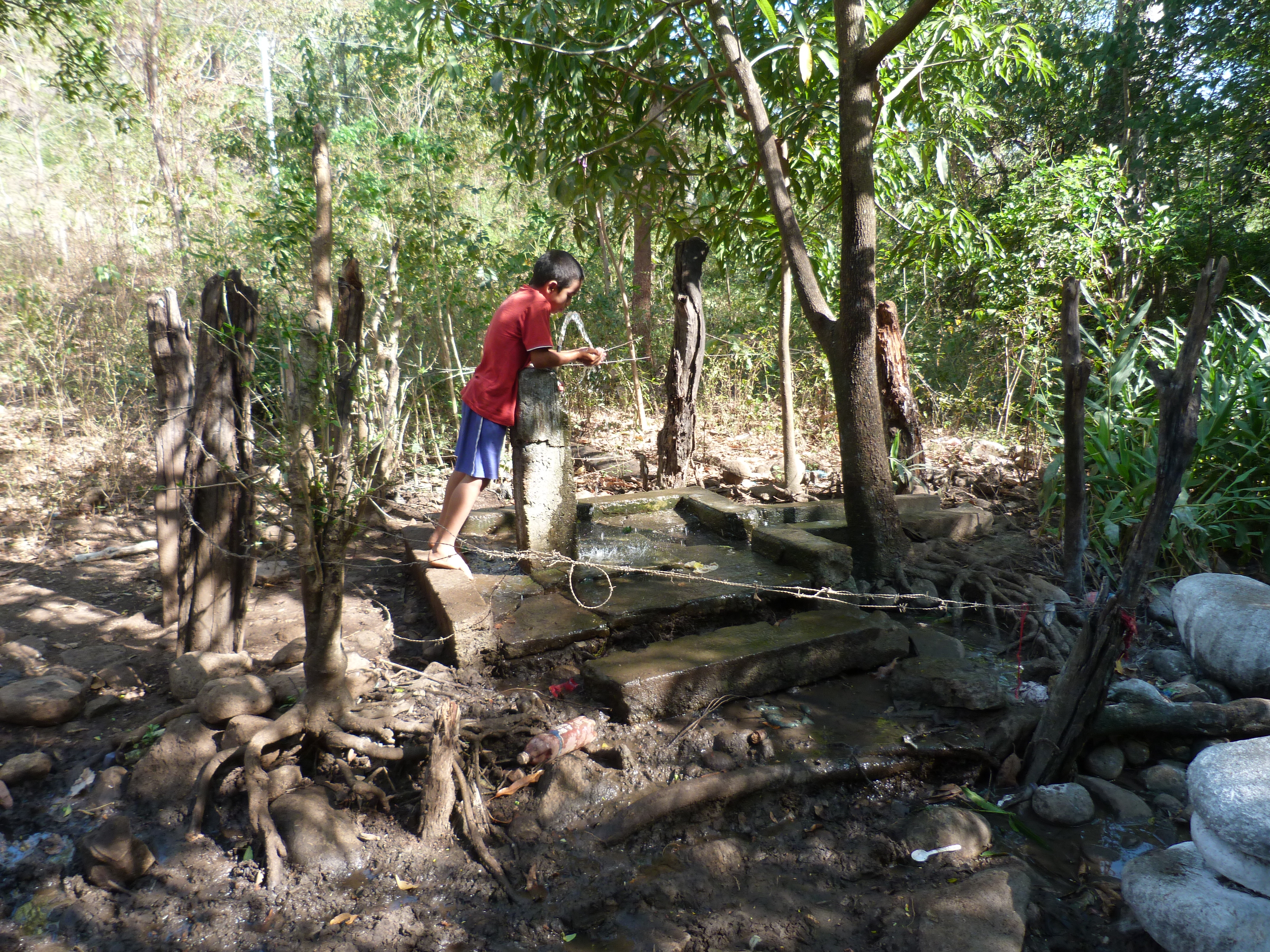 Chiara: Tell me about the communities that Just a Drop helps?

Typically a community wouldn’t have access to clean and safe water. There would be water around, it just wouldn’t be accessible. You would see lots of people carrying water. That’s one of the things which is constant across all our work. When we go there for the first time you see a community with big jerry-cans and all sorts of containers. That’s one of the issues, it can take a long time to go and get the water. It’s mainly women who do this, women and children. They say, from at home to the water take an hour, then they wait half an hour to fill up, then an hour back. That’s a trip that they’d do about three times a day. Three times a day times two hours is six hours, so basically, the entire time for the women and the children is spent just fetching water. No time to work, impacts on education, so it has this major impact on the whole community because the whole community has to do this. 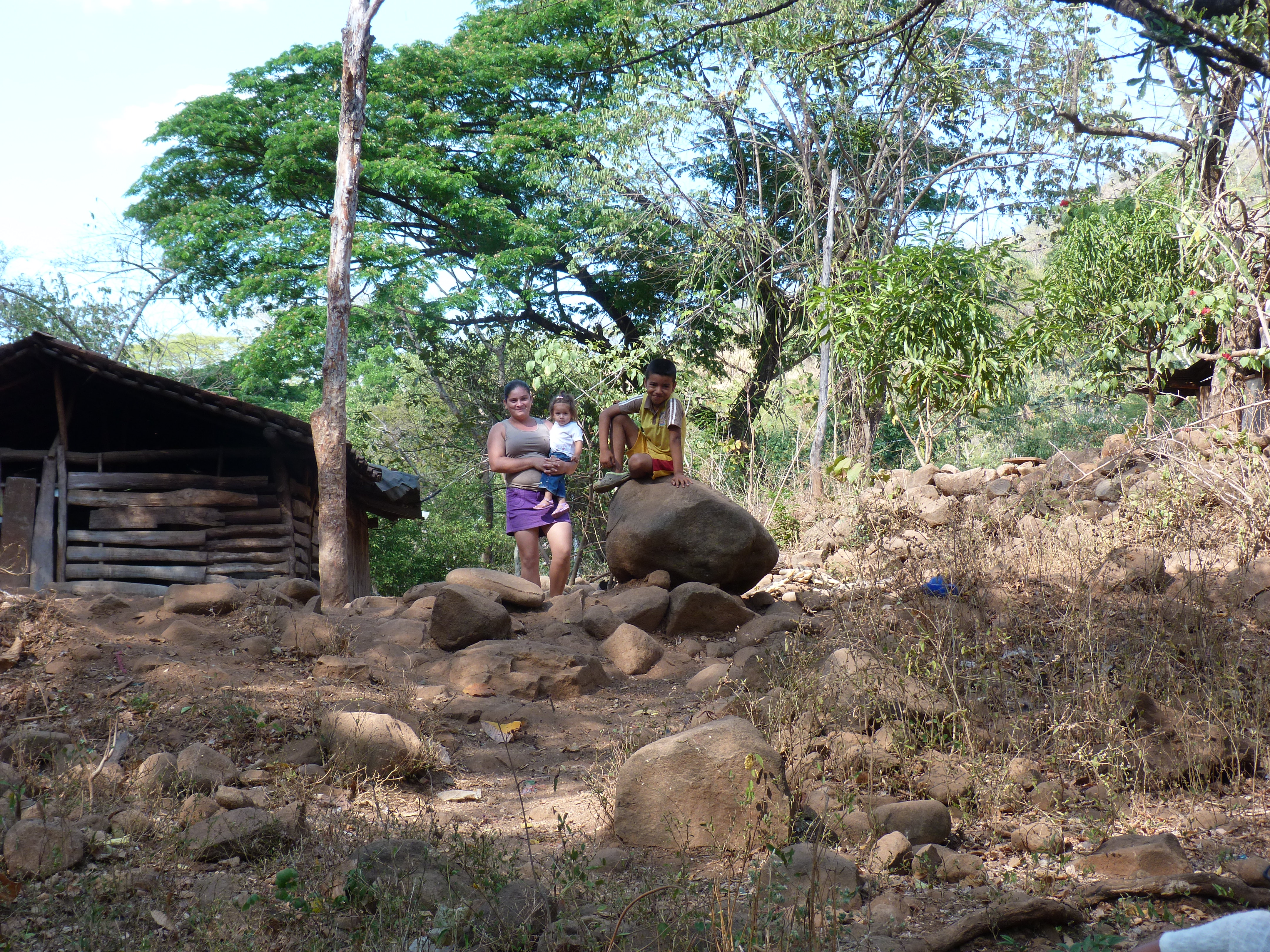 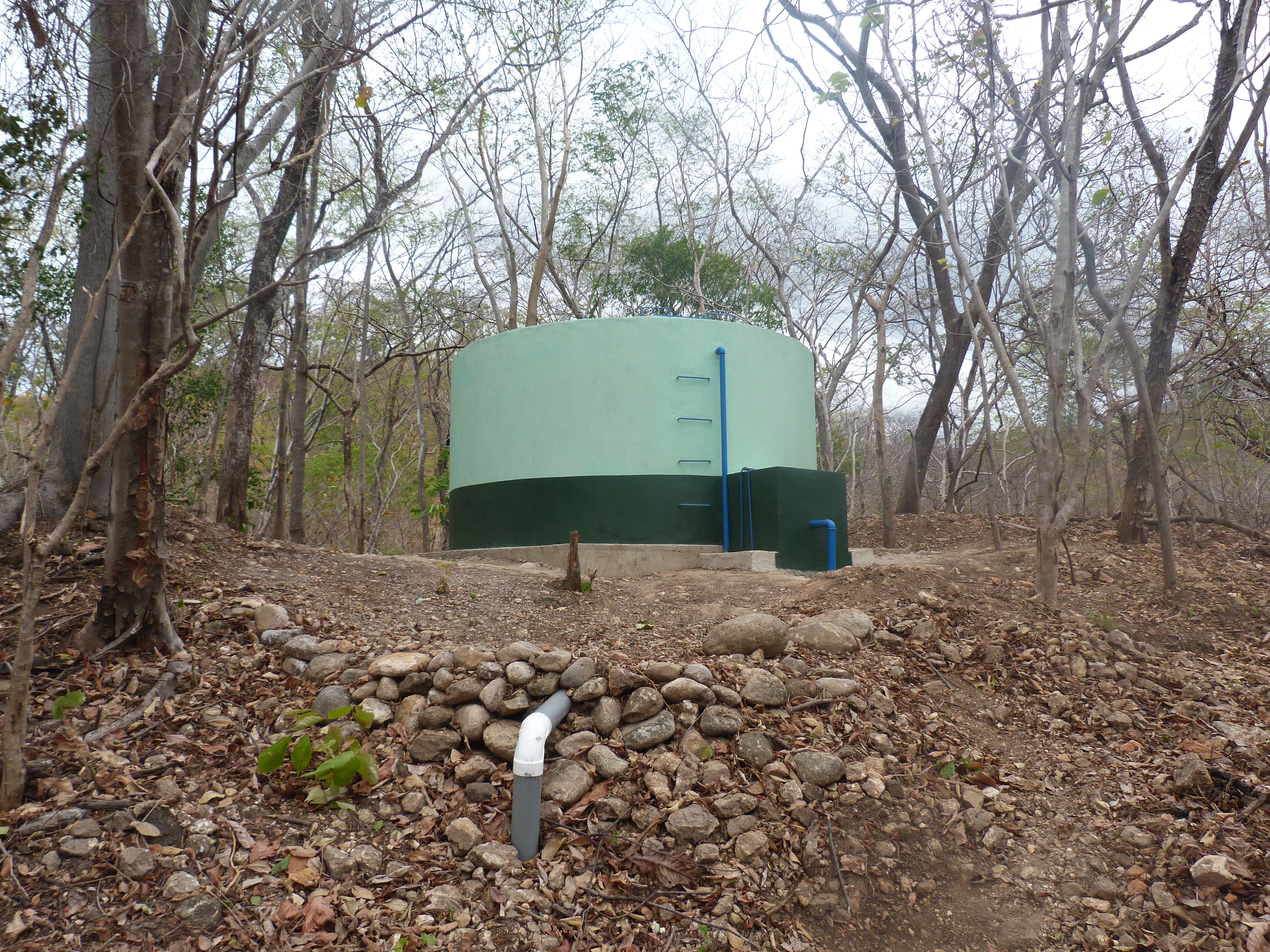 Often when they go to get the water, it’s not clean and it’s not safe. It’s a water source, and it might not be as bad as some other types of water but it will be from an unprotected source, which means that anything can go in there. Animals can use it. Other people upstream could use it, and they might be washing up there and that’s the water that comes down, so there’s all sorts of horrible stuff in it. It commonly will contain diseases. What that means is that if people are taking all the time to bring the water back, it’s not clean, it’s not safe, but if you’ve got no choice to drink it, you’re going to have to drink it. People can boil it but whatever people can do, it’s not enough, it’s probably not clean enough, so it makes people sick. People sick, again they can’t work, they can’t go to school so it has another impact as well.

Of course, the families will want to buy medicines, so the costs of the medicines comes out of their already small income. For communities across the world, it has this massive knock-on effect. There’s always something. If you’re in a school, the children are sick, but the other thing is, there’s not enough water to clean the school. You can’t clean the school so hygiene levels are low. There’s not enough water for toilets so there’s a big risk of infection from inadequate sanitation. All of this consistently we see across the world in Kenya, in Nicaragua, we saw it as well, with people living in unsanitary conditions without the water that to deal with it and without the water to drink. It’s like a massive, massive impact on their lives. One child dies every 90 seconds as a result of drinking dirty water and, I think, it’s 663 million don’t have access to water in the world. They’re the communities that we work for and want to help. 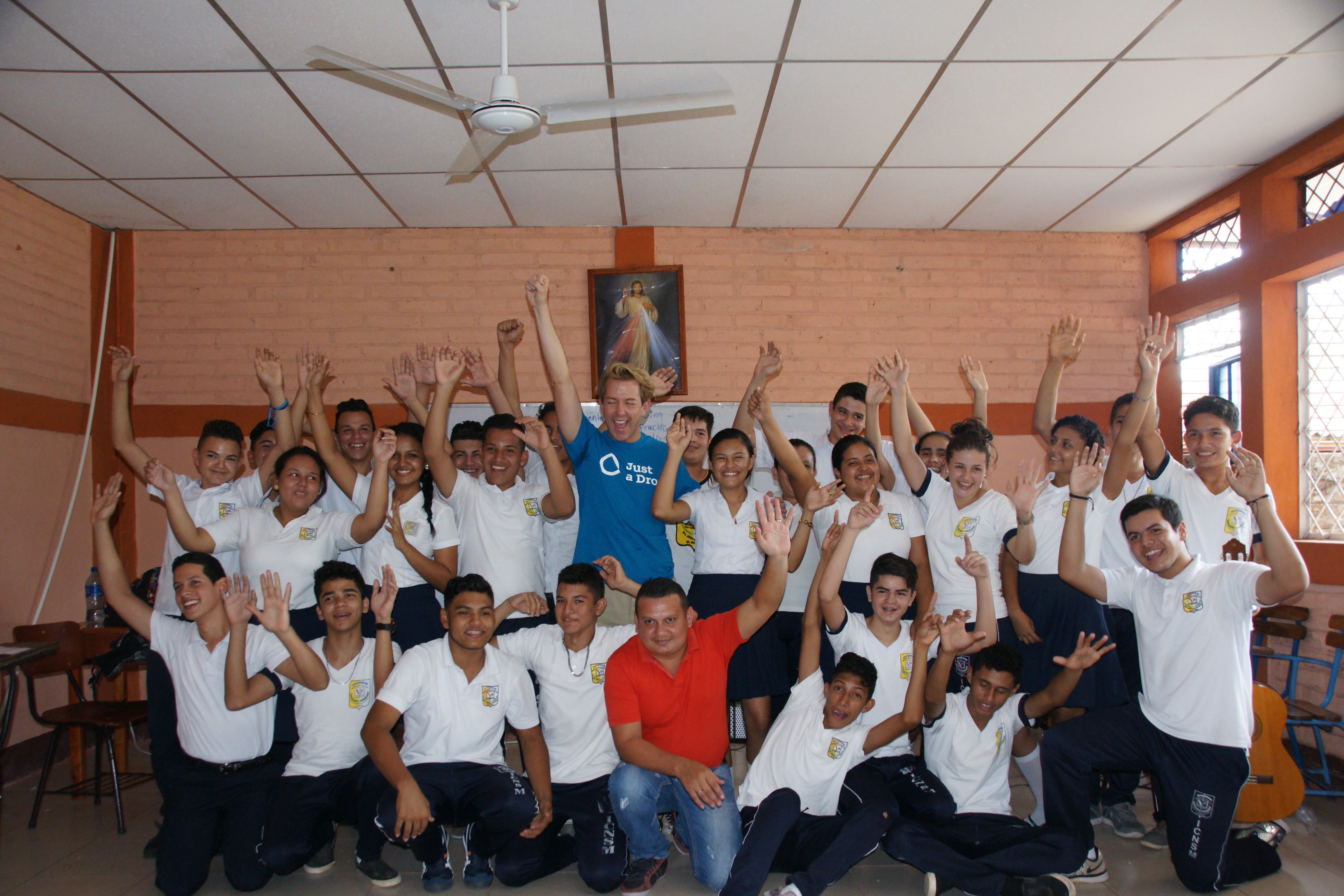 Derek in the field, the first is at Instituto Catolica, where we will be providing a more reliable supply of clean and safe water, as well as improved latrines, which will enable the children to stay at school longer.

Chiara: Do you think that this is a problem that can be solved in our lifetime?

Brendan: It’s getting better. When I started two years ago, the statistic used to be a child dies every 20 seconds and now it’s a child dies every 90 seconds. The number, the millions, it is coming down because there’s a lot of work out there. It’s such a big problem, I don’t know if in my lifetime it will be solved but certainly, there’s progress being made. When you go to places like rural Kenya, you’ll see the extent of the problem because a lot of the places which don’t have water, they’re very, very remote. They’re far away from any medical center or … They can be quite dispersed as well. Because there’s so many schools and communities in these areas, the task of getting water to everybody is massive. It’s such a huge thing.

Go to justadrop.org and help comminutes around the world gain access to clean water.

Chiara: Tell me about the improvements that you’ve witnessed in the communities through your work with Just a Drop.

Brendan: Absolutely, okay. About four weeks after I started there, I went to a school in Kenya. In the school we’d just given them, just built for them a water tank. It’s really simple. When it rains, on the roofs, guttering, and pipes, it captures the water. It goes into the tank. It rains twice a year in Kenya and the tank then has got enough water for the whole school for the whole year. It’s really simple and straightforward, yeah, and it’s 300 children, they’ve got clean and safe water. We went back two years later and the transformation in the school is massive. First thing is that when we went lots of the children were off sick. They were off sick because of what I said, fetching the water, being sick from the water. The sickness rates has gone down to about zero. The children aren’t sick anymore so they can afford to spend more time in school. The school roll has increased which means that more children go to the school because it’s got water. Parents prefer to send their children to school with water. Third thing is that schools used to buy water. If you need water for children then they would buy it and they would take it out of their budget. If you’re not having to spend all the money on water anymore, you can buy books. What they’ve done is they’ve built a new science laboratory. That means they can educate in a better way, using the money they had already they didn’t have to spend on water. It has a very, very positive impact there as well.

Other school have used the excess water to start producing a kitchen garden where they can grow food which they can feed the children with. It’s like drought-resistant crops and things that can work in Kenya. Again it means that they become more self-sufficient. What that shows to them is that the whole thing works, the principal that we have works. This is just in two years time as well. Another thing another school did was that they built a dormitory and the dormitory means that the children can stay there. That’s important because the schools can be quite remote and if you’ve got to walk 3 km to school and back again, it saves all that. So the children aren’t as tied anymore, they can study better and study harder. All of this is because of water. It’s safer as well. It’s dangerous to do these treks from animals and other humans unfortunately, so if you’re able to stay at the school it’s safer.

Just in a couple of years we’ve seen the change it’s been huge. It’s a massive change, massive difference in people’s lives for the better. 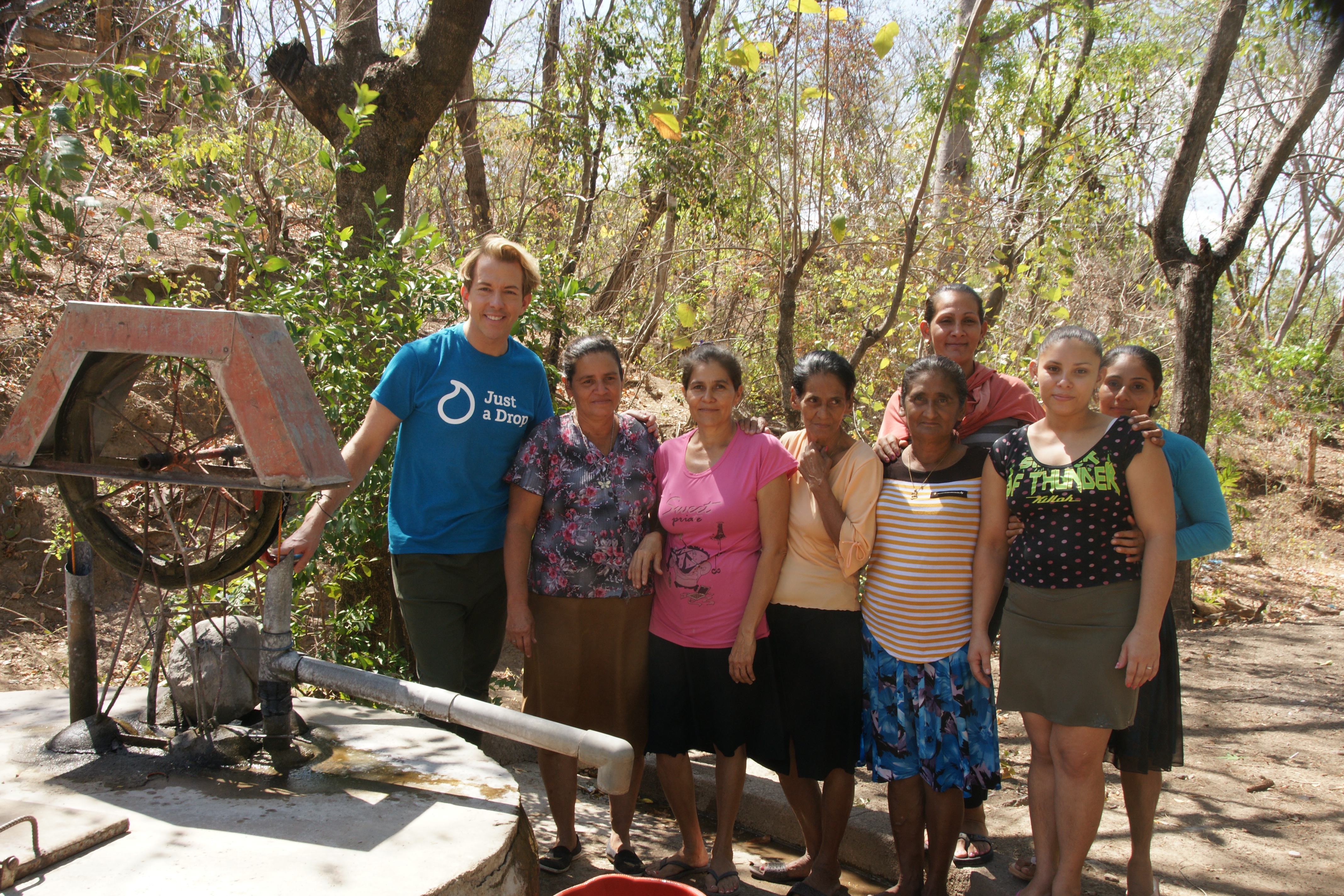 Derek cutting the ribbon on the new water solution at Los Guacamos, Nicaragua, it’s a great system, the water is pumped uphill from the well (this is where the photo is taken) and stored in a tank. A system of pipes then takes the water to each house via gravity, simple but effective. It will benefit 148 people now and many more into the future.

If you want to celebrate World Water Day in a meaningful way, consider making a donation Just A Drop. A donation of $5, $10, $50 or more. It only takes $3000 to provide a community in need with a sustainable water source that lasts decades. 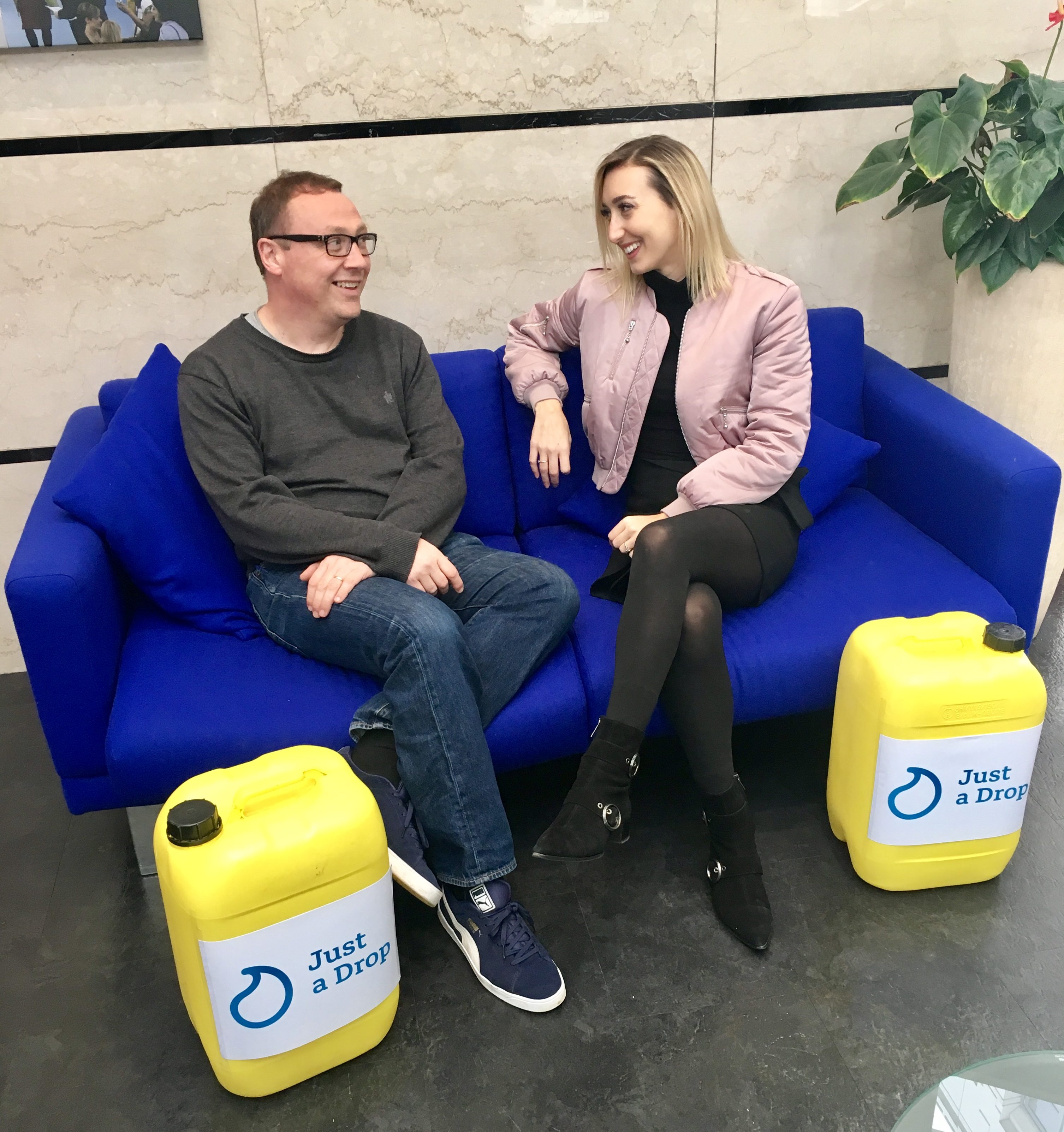 Chatting with Brendan at ‘Just a Drop’ offices in London.

Go to justadrop.org and help comminutes around the world gain access to clean water.