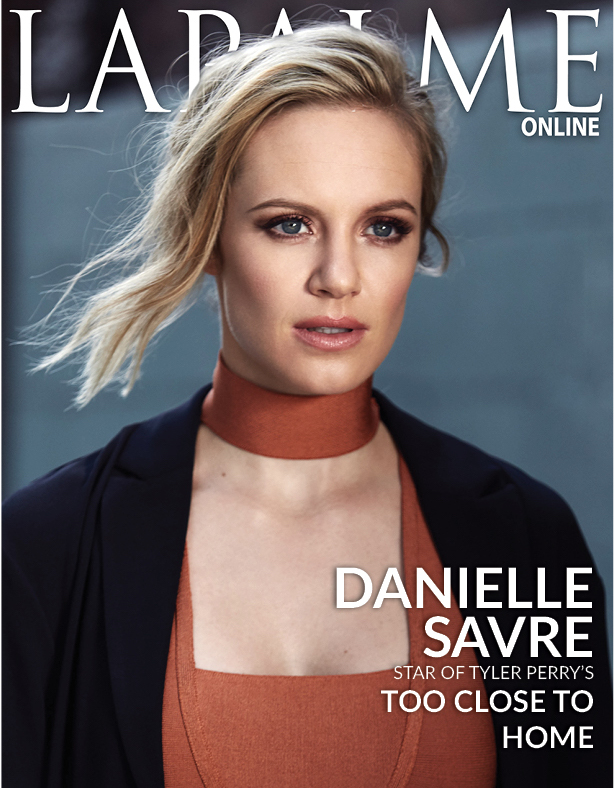 Danielle Savre stars in Tyler Perry’s drama filled series “Too Close To Home”. TLC’s first scripted series follows Anna (Savre), a smart woman with political aspirations whose checkered past life gets exposed after she makes national headlines from a scandalous political affair. With nowhere to turn she’s forced back to the past, she tried to keep hidden, her trailer park home in Alabama, and that’s where the drama begins!
We chatted with Savre about her work on TCTH, her busy new year and what projects she has coming up next.
Photography by: Aaron Smith
LM: Funniest/ craziest thing that has happened on set?
Danielle Savre: One our first day of filming Ashley Love-Mills, Nick Ballard, Charles Justo were in a taxi driving off at the top of the scene. They all forgot the taxi was mic’d up and started talking about some pretty personal information pertaining to their sexual preferences. Unbeknownst to them, the whole crew could hear. Ashley still blushes till this day. On our last day of filming the first season we all were exhausted and we were in the thick of a very long scene with 5 actors in it and Brock O’hurn had one line to deliver and when it came time, we think he had zoned out, and just stood there. There was a long pause of silence and then Kelly Sullivan yelled “Jesus christ.” The entire exhausted cast and crew erupted into a 5-minute laughing fit! Also, Trisha Stahl has this mobility scooter and on one occasion she ran full speed into the cleaning woman for our dressing rooms. Another time, I decided to take the scooter for a ride around the entire stage almost taking out a few people myself. We have a fun time, we have some crazy dance breaks when we are feeling amped by how shooting is going or just tend to act deliriously due to our insane schedule but we have made some great memories because of it. 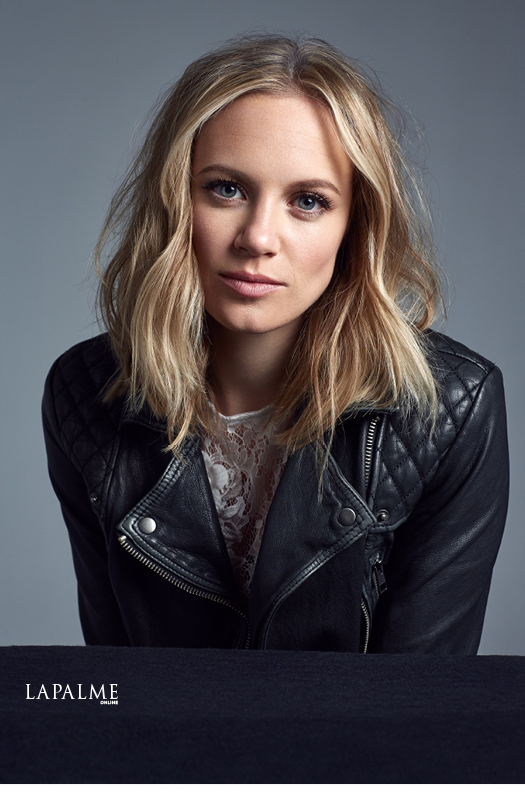 LM: If you want to spoil me rotten?
DS: A day at the spa!! Hands down. Massage, jacuzzi, steam room, maybe some champagne. Sounds like absolute heaven to me.
LM: Instagram Story or Snapchat? and why?????
DS: Instagram Story! I like that I can do it all in one place, my story, pictures, videos and live video. So much more of an efficient use of my time that way. 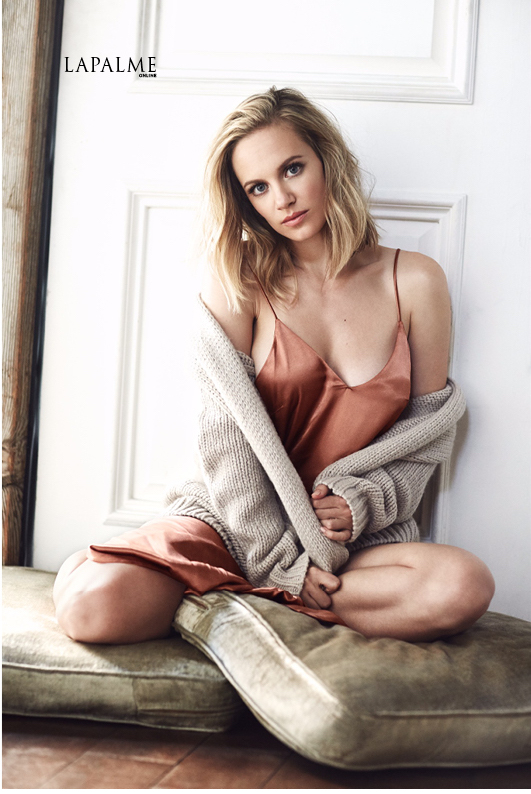 LM: What does your last text message say?
DS: “But it doesn’t look bad does it?”
LM: Know by your friends as the __________ one?
DS: Well I asked my friends and the first thing they said was crazy and hyper. I asked if they could send some ones that would be looked at as positive, first off they said those were positive which made me realize how much I love my friends and then they sent the words ambitious and authentic. Which made me love them even more! 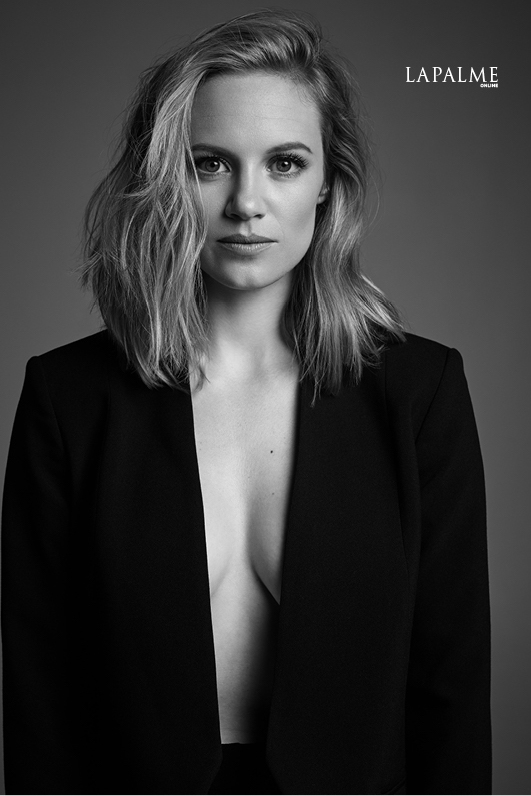 LM: How do you personally relate to your character Anna on “Too Close to Home” and make her real?
DS: When playing any character I have to find ways to relate or people I have encountered in my life that remind me of the character I am portraying. With Anna, she is a woman struggling in the world to make something of herself and makes some horrible decisions along the way. I’ve never had an affair but I can relate to making mistakes that will change the rest of your life and how we cope with those changes. However, Tyler Perry makes it so effortless to us actors by allowing us to go with our instincts instead of being confined to a stereotype and then from our interpretations he allows the characters to write themselves. He simply shows three sisters who cope with the same upbringing so differently, one takes the weight of the world on her shoulders, the other turns to drugs to numb herself and Anna runs away and takes on a new identity, completely leaving behind her past. Tyler has a way of making all the characters relatable to the actors playing the role and to the audience members watching. It’s fun to constantly get to know Anna more and more as I continue to play her and find those pieces of her that I do and don’t relate to. 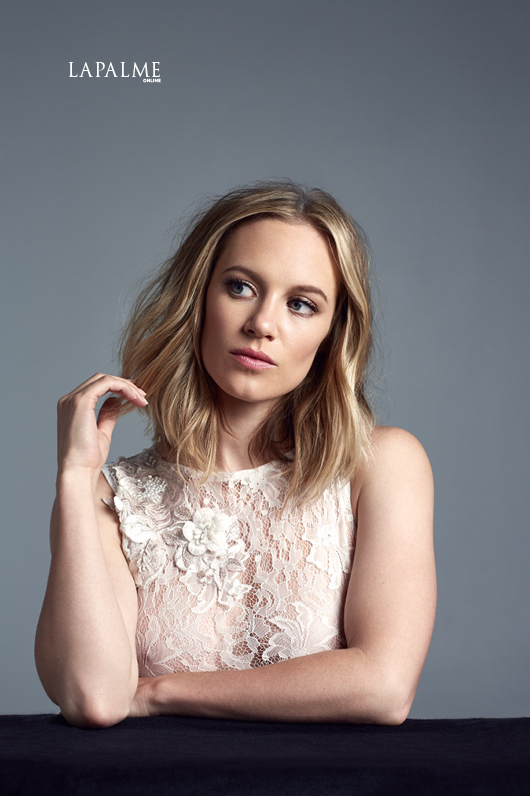 LM: What can TCTH fans look forward to at the end of this season?
Well, of course, more cliffhangers and unanswered questions! Limits continue to be pushed by everyone and we will finally witness someone’s breaking point. The 2 worlds of D.C. and Happy continue to collide in ways some may not see coming. One cast member will get caught in a lie. but who? Lastly, one person will, through the admission of truth show a side of themselves that will humanize them to the audience in a way we haven’t seen yet.
LM: What is your dream role?
DS: I feel as if I’m already living my dreams by doing what I love for a living and I have so many dream role ideas in my head it’s hard to narrow those crazy thoughts down. All I wish is for the hard work to continue to pay off and to be given the opportunity to continually challenge myself along side actors, directors and producers I admire and respect. 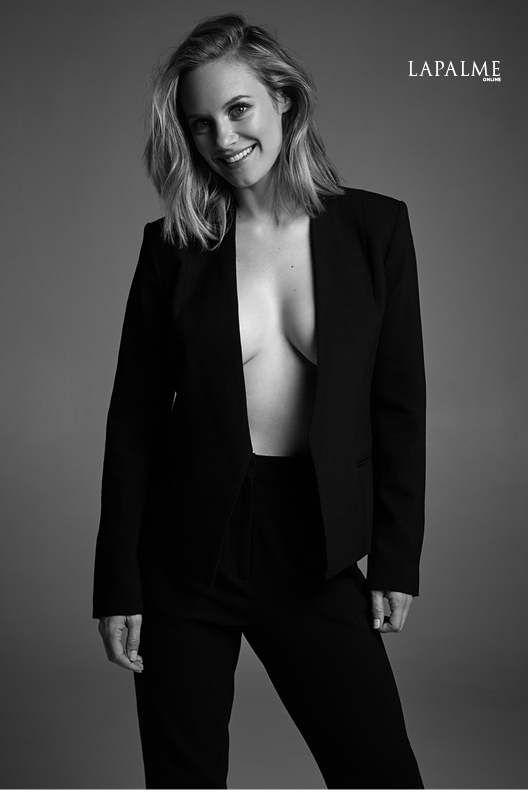 LM: Your New Year’s resolution is?
DS: To try to find more balance between work and my personal life without running myself into the ground! wish me luck!
LM: What can we look forward to next?
I just finished filming Happily Never After for Pixl and Hallmark that will be released fall of 2018.
Catch Danielle on “Too Close To Home”  Wednesday’s on TLC 10/9c