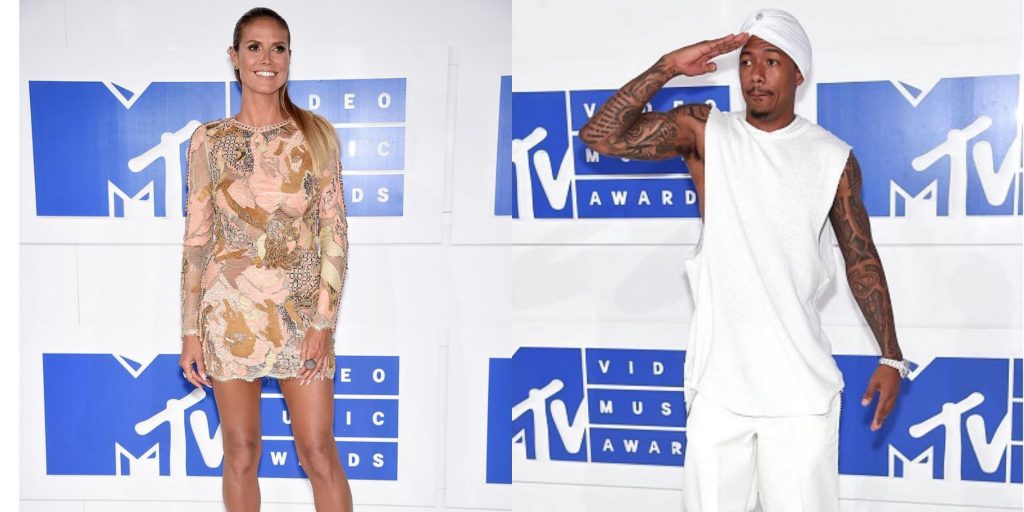 Bebe Rexha, Tove Lo, Nick Cannon, Heidi Klum and many more showed off their dance skills (some serious, some not so much) in the Marc Jacobs x Dennis Leupold Hive before hitting the VMA carpet on August 28th at Madison Square Garden on Sunday (August 28) in New York City. Supermodel Klum and Nick Cannon were having so much fun she pretty much knocked Cannon over at one point!

@beberexha and @tovelo in the @marcjacobs x @dennisleupold Hive | #VMAs