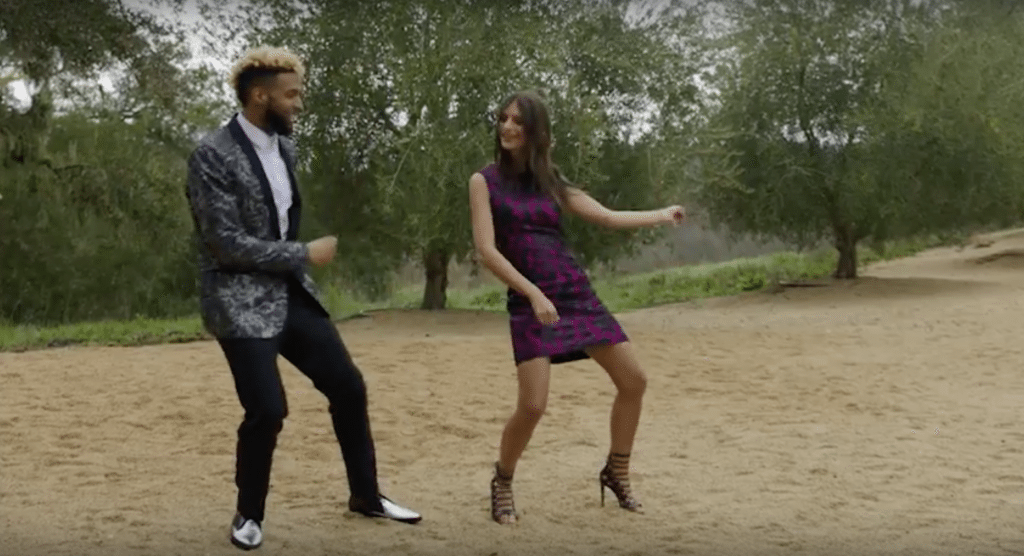 “While I would love to be on the field during the biggest game of the year, I’m excited to co-star in Buick’s first Super Bowl ad,” said Beckham Jr.

”Im thrilled to be a part of Buicks first ever Super Bowl ad.” said Ratajkowski. “I got to combine my love of sports, cars and fashion, while checking off a bucket list item  being in a Super Bowl commercial!”

We can’t really tell why they are dancing from this short clip or if it’s even a real part of the ad or an outtake, but one thing’s for sure, we’d totally hit the dance floor with these two.