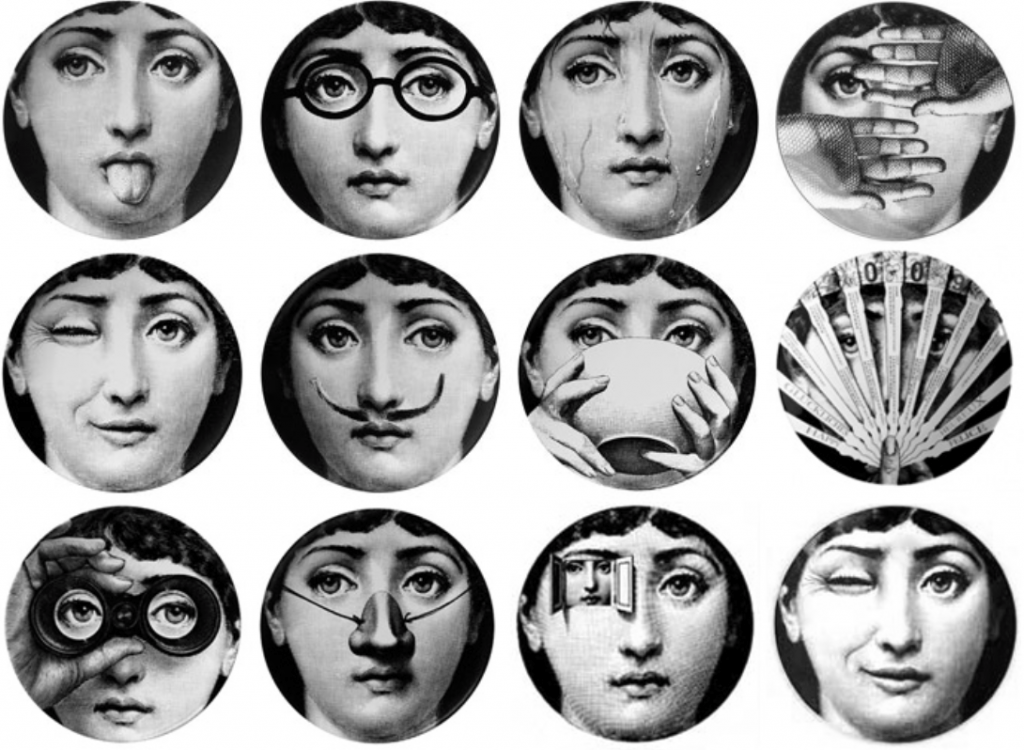 Italian painter, sculptor, and engraver Piero Fornasetti was famously obsessed with the face of 19th century operatic soprano Lina Cavalieri, and featured her face in thousands of designs. Today the brand Fornsetti, captained by his son Barnaba is a staple in luxury interior, sold globally at high end retailers like Barney’s and the like. Fornasetti’s artistry also include heavy use of black and white, the sun and time. His style is reminiscent of Greek and Roman architecture, by which he was heavily influenced.

“What inspired me to create more than 500 variations on the face of a woman?” asks Italian designer, Piero Fornasetti of himself. “I don’t know,” he admits, “I began to make them and I never stopped.” The “Tema e Variazioni” (theme and variation) plate series based on Cavalieri’s face numbered more than 350.

Today you will find Fornasetti’s style in luxury fashion and room accessories such as scarves, ties, lamps, furniture, china plates and tables. We have selected our favorite items to wet your palate and introduce you to the world of Fornasetti.